The LMP1 category at this year’s 24 Hours of Le Mans offers the largest field of top-class prototypes seen at La Sarthe since 2014 with ten cars in total. We have taken a look at the runners and riders in this year’s battle for outright honours at Le Mans. 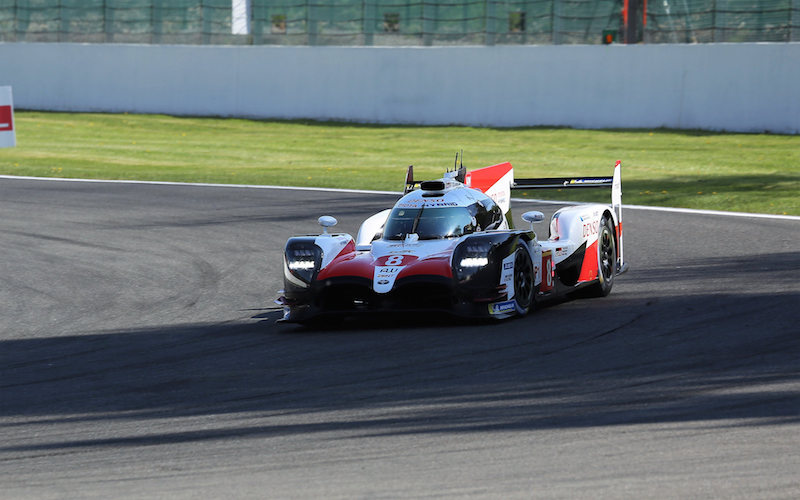 Toyota travel to Le Mans seeking their long-awaited maiden win at the 24 Hours. As the sole hybrid car in the field and no factory competition, they’ve never had a better chance.

However, Toyota’s Le Mans story is most certainly one of tragedy and disappointment. On numerous occasions the Japanese manufacturer has seen victories at Le Mans slip through its fingertips, most recently in 2014 and 2016. This year, the win is a must.

Equivalence of technology regulations give Toyota a major advantage going into the race, and as the only team investing in and running hybrid technology, it is certainly an advantage that is deserved. However, the first race at Spa-Francorchamps showed that, despite starting the race one lap down, the #7 TS050 was still able to finish laps ahead of the privateer LMP1 competition.

The rulemakers had aimed to give Toyota a one-lap advantage on fuel consumption per stint at Le Mans over the privateer cars, but many fans feel that the rules have given Toyota too much of a head start.

However, it’s worth remembering that Le Mans is an extremely hard race to win indeed and even the slightest error – be it behind the wheel or on the car – may cost the factory cars the victory.

Driver-wise, there is nothing that Toyota Gazoo Racing lack. The #8 car will have to be considered the favourite, with Kazuki Nakajima, Sébastien Buemi and Fernando Alonso forming one of the strongest driver trios ever seen in LMP1. Nakajima and Buemi, in particular, will be seeking ultimate redemption after their last-lap drama in 2016.

With all eyes on Alonso and his attempt to accomplish step two of motorsport’s “triple crown”, the #7 crew of Mike Conway, Kamui Kobayashi and José Maria López could be the dark horses in this year’s race.

The #7 car has often proven to be the quickest in the field on one-lap pace, most notably after Kobayashi’s record-breaking lap at Le Mans in 2017 and pole position last time out at Spa. However, Conway and Kobayashi have only one win to their name in the FIA WEC – and López zero –, which suggests that racecraft may be an issue. 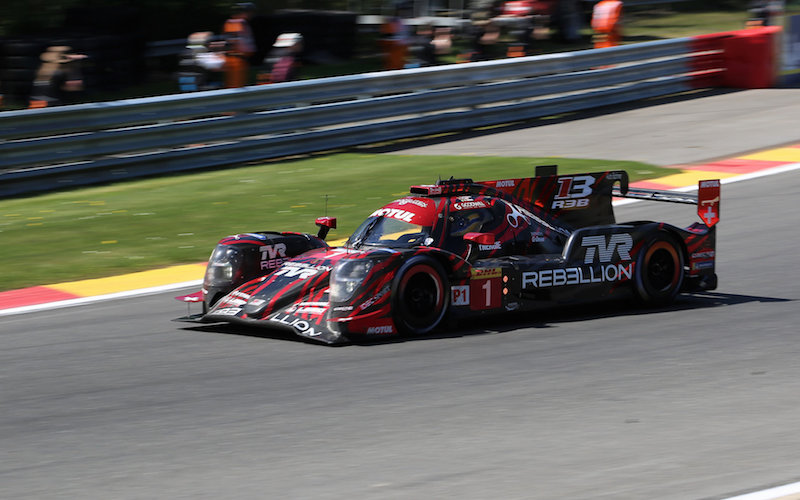 Rebellion Racing travel to Le Mans arguably as the favourites of the privateer runners. This is in no small part due to the team’s stellar driver line-up, which features no less than four overall Le Mans victories in total plus another three class wins.

The #2 car will be driven by Rebellion’s team of “young guns”. Thomas Laurent (20), Mathias Beche (31) and Gustavo Menezes (23) put the crew’s average age at just 24. Although youthful, this driver line-up has bags of experience in sportscars in general and at Le Mans.

The Rebellion R13 Gibson appeared strong at Spa-Francorchamps, but it’s worth remembering that the #1 machine was disqualified after excessive wear to its skid block.

The main bone of contention in the run-up to this year’s 24 Heures has been the equivalency of technology formula applied to this year’s LMP1 category. Rebellion feel that Toyota’s advantage is too large and that the race will be a walkover. However, one slip-up by either of the works hybrids will leave the door wide open for a privateer to taste Le Mans glory – and Rebellion Racing may just be the best placed to do so. 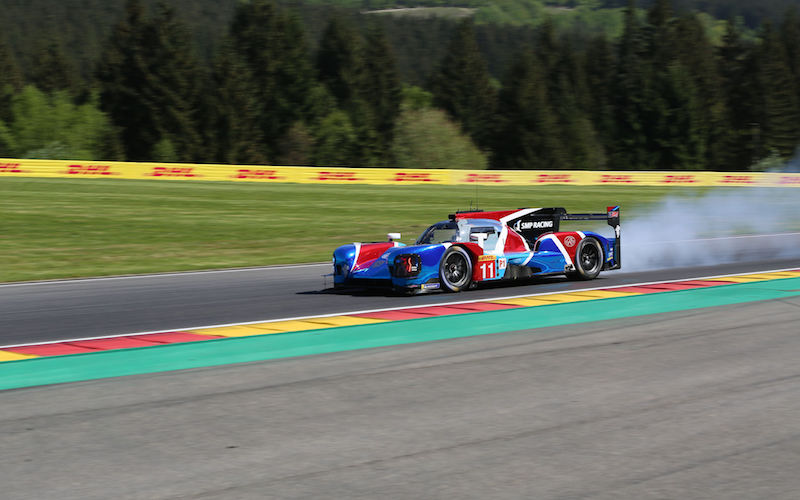 SMP Racing provided one of the major talking points at the first race of the season at Spa-Francorchamps, when the #17 BR Engineering BR1 AER of Matevos Isaakyan, Stéphane Sarrazin and Egor Orudzhev flipped on the run up through Raidillon.

Fortunately, Isaakyan emerged unharmed, but there were certainly some serious questions to answer as to what caused the accidents. It has emerged that the combination of following another LMP1 car closely and the downforce generated by the bodywork caused the aero imbalance. SMP Racing has reportedly requested an adjustment to its low-downforce aero package for Le Mans.

The #17 machine will be driven by the same Isaakyan/Sarrazin/Orudzhev crew that ran well at Spa and even challenged the Rebellions for a podium position. 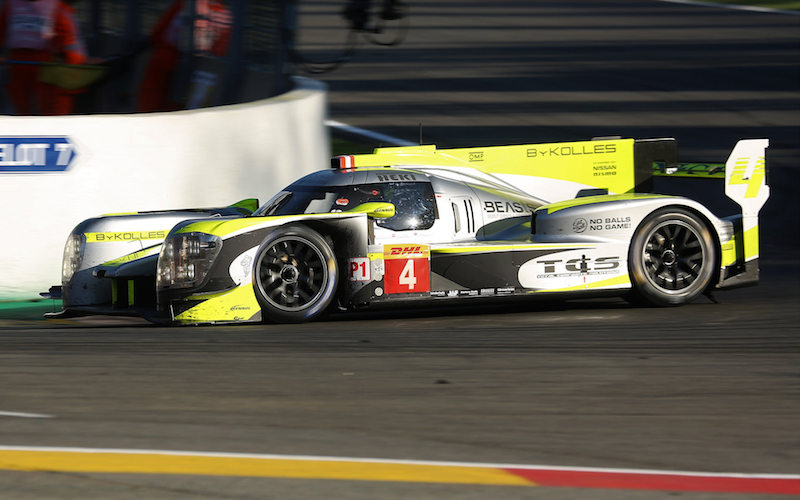 The ByKolles squad are raring to go at this year’s 24 Hours of Le Mans after their appearance at La Sarthe last year was over after just one lap. The team will be running their heavily revised ENSO CLM P1/01 with its updated NISMO engine, with major progress having been made on the aerodynamics in particular.

Although not the fastest car on single-lap pace, the ByKolles machine may be in with chance of a good finish at Le Mans and redemption after years of bad luck at the Circuit de la Sarthe. 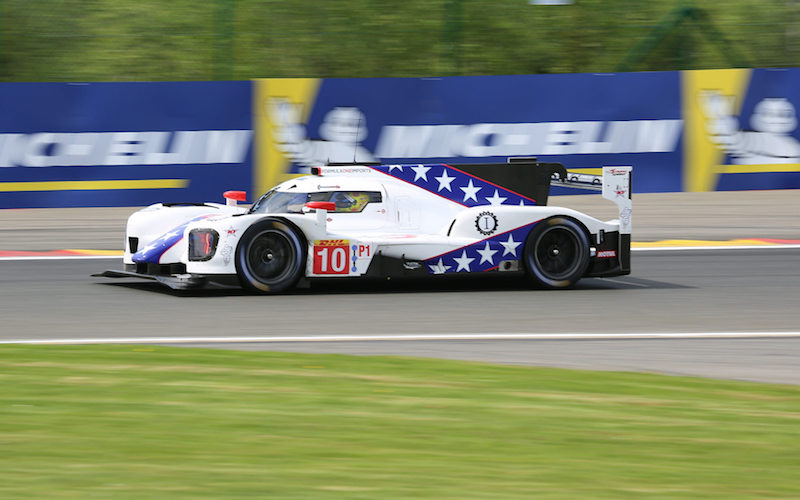 DragonSpeed are one of the two teams whose Spa weekend didn’t go entirely according to plan. A serious accident for Pietro Fittipaldi in qualifying, in which the US driver broke both of his legs, forced the team to pull out of the race as the car was destroyed beyond repair.

Fortunately, a spare BR01 chassis was located for the team and the US team are able to compete in LMP1 at Le Mans for the first time. In Henrik Hedman, DragonSpeed have the only bronze-rated driver on the LMP1 grid. The ACO have granted the team special dispensation for its driver line-up, as bronze drivers are not generally permitted to run in the LMP1 class. Hedman will be joined by Brit Ben Hanley and Dutch driver Renger van Zander.

DragonSpeed will be running the same BR Engineering BR01 as SMP Racing but with a Gibson power unit rather than the AER engine run by the Russians. 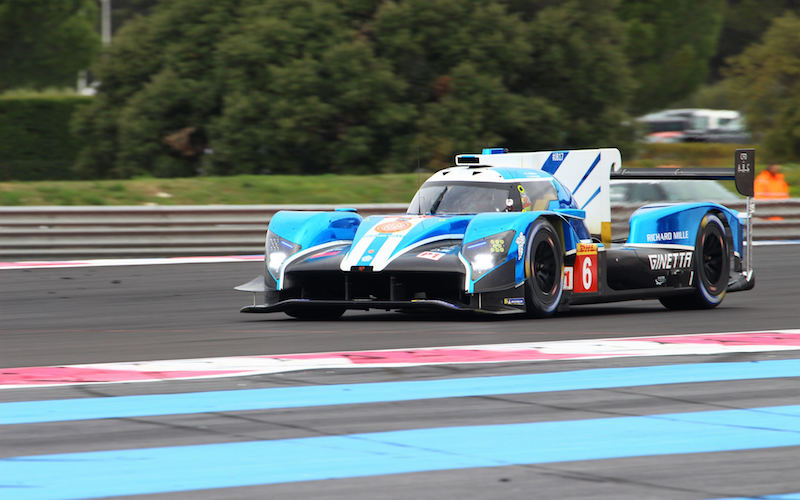 The Manor-run Ginettas of CEFC TRSM Racing also had a troublesome first round of the season, after financial issues for the team’s main sponsor and a number of unpaid bills forced Ginetta to block the cars from racing.

After a few changes to the outfit, and evidently a little more involvement of the Ginetta factory, the team are fortunately ready to tackle the 24 Hours of Le Mans with a two-car effort.

Test Day saw both cars out on track and able to complete almost 100 laps between them, allowing the team to gather valuable data moving forward.

Le Mans Test Day showed that the competition in LMP1 is fierce this year. With both Ginettas unable to get within 8 seconds of the leading Toyotas – albeit while running high-downforce bodywork –, CEFC TRSM Racing won’t be expected to be setting the pace. However, given the team’s travails so far this season, finishing Le Mans at all would be an achievement in itself and anything more a fantastic result.