One of the biggest question marks hanging over the 6 Hours of Spa-Francorchamps was the absence of the pair of Ginetta G60-LT-P1s run by CEFC TRSM Racing. After a slight adjustment to the driver line-up, it now appears that the British marque may have stepped in to ensure the pair of LMP1 cars are able to race in Le Mans. 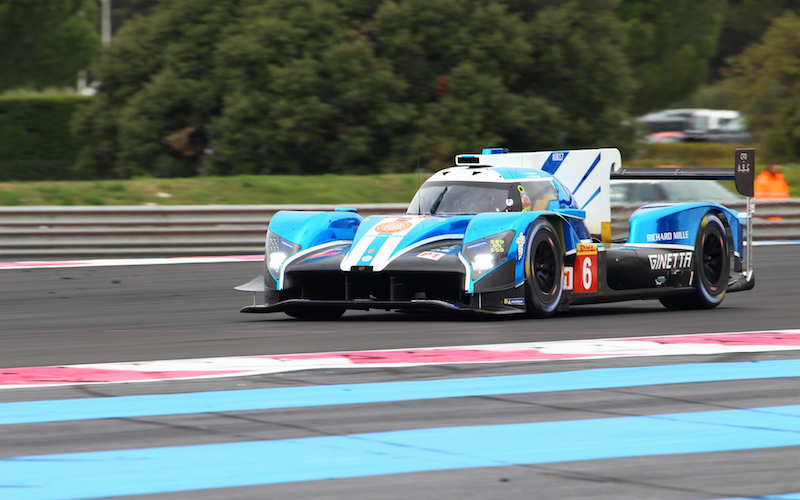 This week Ginetta announced that their factory driver Mike Simpson will be teaming up with Ginetta junior driver Charlie Robertson and young Frenchman Léo Roussel to race the #5 CEFC TRSM Racing G60-LT-P1 at the 2018 24 Hours of Le Mans. The 34-year-old Brit played a major role in developing the new-for-2018 car and will bring valuable experience to the team.

“I’m absolutely delighted to be making my first Le Mans 24 hours appearance,” Simpson said. “I have been working and training hard with Ginetta for 10 years now for this opportunity and with the added celebration of the company’s 60thanniversary it will be a very special moment indeed for the business and I.”

“I am especially excited to be in LMP1 challenging for overall honours, piloting the only British car on the grid. The notorious large British crowd at Le Mans each year will definitely inspire us to push hard.”

The CEFC TRSM Racing team were present in Spa, but unpaid invoices linked to a funding issue for team’s sponsors in China forced Ginetta to not allow the cars to race, WEC-Magazin reported.

With the addition of a Ginetta factory driver to the Le Mans line-up, it appears as if the British marque is increasing its role in the project with aim of preventing a repeat that hampered its planned debut in Spa. The driver line-up for the sister car remains unchanged, with Oliver Rowland, Alex Brundle and Oliver Turvey set to pilot the #6 G60-LT-P1.