Wolfgang Ullrich to stay on at Audi Sport 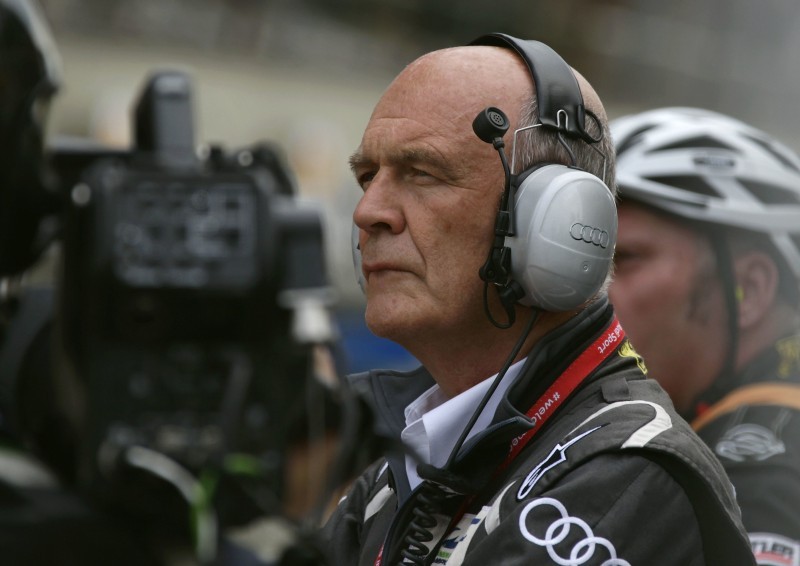 The appointment of former Ferrari team principal Stefano Domenicali at Audi last November sent the rumour-mill into overdrive. Perhaps Audi were about to join F1? Or Wolfgang Ullrich was to retire? Now, one of these rumours at least has been quashed. The 65-year-old Audi Sport figurehead is expected to stay on board at the helm of Audi Sport

An almost ubiquitous presence in Audi’s decade-and-a-half of domination at Le Mans and in the US, Dr Ullrich may have been forgiven for thinking about hanging up his headset. Indeed, a number of shake-ups in the Audi Sport organisation seemed to indicate that a replacement for Dr Ullrich was being sought. Ullrich recently came under fire after a controversial radio message to Timo Scheider in a DTM race at the Red Bull Ring, in which the German driver was ostensibly told to take another driver out of the race. The message came from Dr. Ullrich, who has since apologised.

Dr Ullrich wasn’t present for Audi’s valiant, but ultimately failed, attempt to take the world drivers’ title at the 6 Hours of Bahrain at the weekend. Audi’s DTM boss Dieter Gass took his place, fuelling further rumours about Ullrich’s imminent retirement. But as speedweek.com reported, it was made abundantly clear that no permanent replacement for Ullrich would be required. The current head of Audi Sport is set to remain at the German team until the end of 2017.

So far, no official confirmation of the contract extension has been forthcoming. It is expected that announcements on Dr Ullrich’s future, as well as next season’s LMP1, GT3 and DTM programmes, will be made at the team’s annual gala, which is set to be held on 28 November.