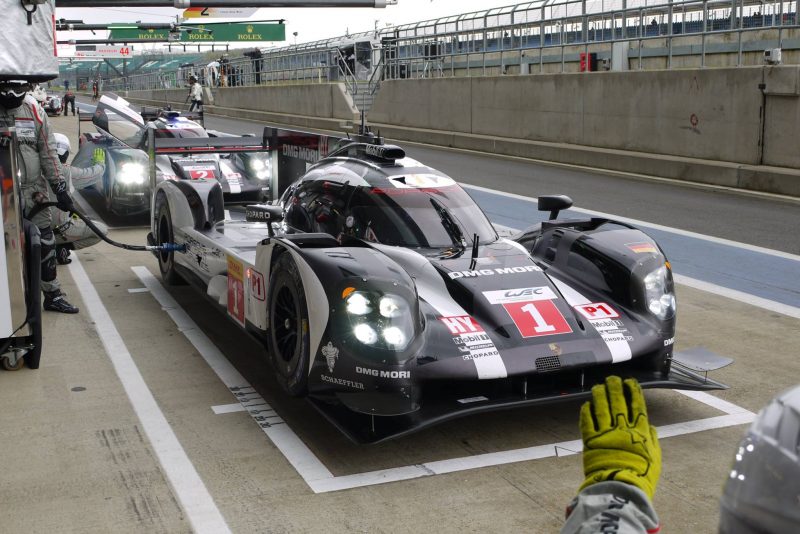 Audi Sport Team Joest sprang a surprise in Saturday’s qualifying for Sunday’s 6 Hours of Silverstone, locking out the front row with its pair of R18s. Despite showing impressive pace in free practice, Porsche had to settle for the second row of the grid. Mark Webber feels that the weather conditions played their part.

“The conditions were very different qualifying, and we’ve seen in the past that Audi are very quick in full wet conditions,” the Australian reigning drivers’ world champion told WEC-Magazin. Webber said that he was “a little surprised” at seeing Audi take the top two spots, but it was nothing out of the ordinary. “We expect to be more competitive in the dry,” Webber continued. “Whether it’s enough to beat them [Audi] remains to be seen, but it remains our goal to win the race tomorrow.”

The #1 Porsche 919 Hybrid of Mark Webber, Brendon Hartley and Timo Bernhard topped the time sheets in both of Friday’s free practice sessions and has to be considered among the favourites heading in to tomorrow’s race.