Thiriet by TDS Racing took overall victory in the 4 Hours of Imola today, finishing just ahead of the #38 G-Drive Racing Gibson 015S and the pole-sitting #21 DragonSpeed Oreca 05 in a rain-shortened four-hour race. In LMP3, The #2 United Autosports entry of Alex Brundle, Christian England and Mike Guasch finished on top while the #77 Porsche 911 RSR of Wolf Henzler, Robert Renauer and Mike Hedlund took the honours in the GTE class. 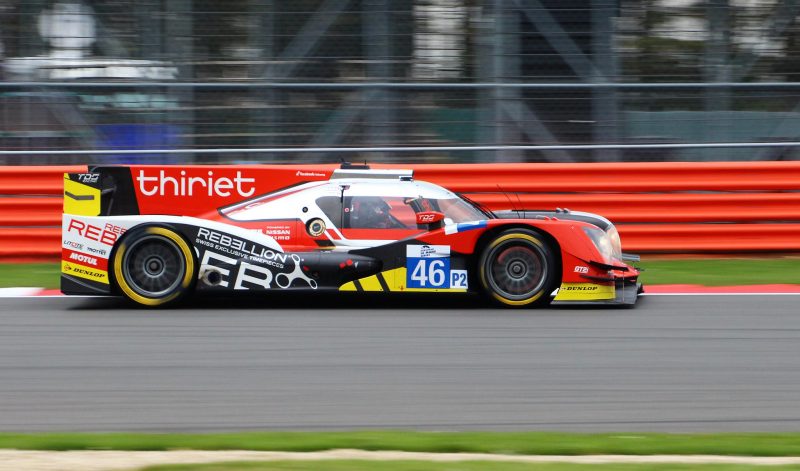 The second round of the 2016 European Le Mans Series began in glorious sunshine at the famous Autodromo Enzo e Dino Ferrari circuit at Imola in central Italy. At the head of the field, Nicolas Lapierre made good his escape for the #21 DragonSpeed Oreca 05, building a small lead over the chasing Paul-Loup Chatin for the #23 Panis Barthez Competition team and Pierre Thiriet.

The pro drivers were showing their skills in the LMP2 machines, but arguably the most impressive performances came from Pierre Thiriet in the #46 Thiriet by TDS Racing Oreca 05 and Simon Dolan in the #38 G-Drive Racing Ligier JS P2. Although both are classified as silver drivers, they more than held their own against the likes of Lapierre and Chatin and kept their teams in contention for the win in the early stages of the race.

At the first set of pitstops, the race-leading #21 DragonSpeed car took a driver change, with silver driver Henrik Hedman taking over the duties. Chatin and Thiriet remained at the wheel of their respective cars and both were able to catch and pass the American.

Pierre Thiriet then handed over his #46 machine to Japanese driver Ryo Hirakawa, who promptly caught and passed Fabian Barthez in the #23 car. Hirakawa then proceeded to open up a lead of 30 seconds by the end of hour 2. Handing over to Mathias Beche on lap 89, the Thiriet by TDS Racing car’s lead extended to almost a minute with one hour of the race left.

The heavens then opened above the Imola circuit with around one hour left. The conditions were so bad that the Race Director firstly called a full-course yellow and then a safety car with just under half an hour left. With the conditions failing to improve, fans were denied an all-for-nothing race to the finish and the #46 machine crossed the line in first ahead of the #38 ad the #21.

United Autosports were victorious in LMP3, but it was far from straightforward for the British team. The #2 Ligier JS P3 of Alex Brundle, Christian England and Mike Guasch were hampered after pitting just after a full-course yellow to recover the #9 Graff car from the gravel trap, dropping the championship leaders down to eight at the halfway mark. However, England battled back to the head of the field and crossed the finish line in first position behind the safety car.

In GTE, the #77 Proton Competition Porsche 911 RSR of Mike Hedlund, Wolf Henzler and Robert Renauer took the victory ahead of the #66 JMW Motorsports Ferrari F458 Italia and the #56 AT Racing Ferrari F458 Italia. In a blistering opening stint, Renauer had opened up a large gap at the head of the field and the race was relatively straightforward from then on for the German-entered machine. The lead only became greater as the race went on with Renauer and then Wolf Henzler behind the wheel. With Mike Hedlund taking the final stint, the #77 finished the race one lap ahead of the rest of the field.