Post-race penalties for Ford and Risi

The class-winning #68 Chip Ganassi Team USA Ford GT of Joey Hand, Dirk Müller and Sébastian Bourdais and the second-place #82 Risi Competizione Ferrari 488 of Giancarlo Fisichella, Toni Vilander and Matteo Malucelli have both been handed post-race penalties by the stewards, however the results of the race are not affected. 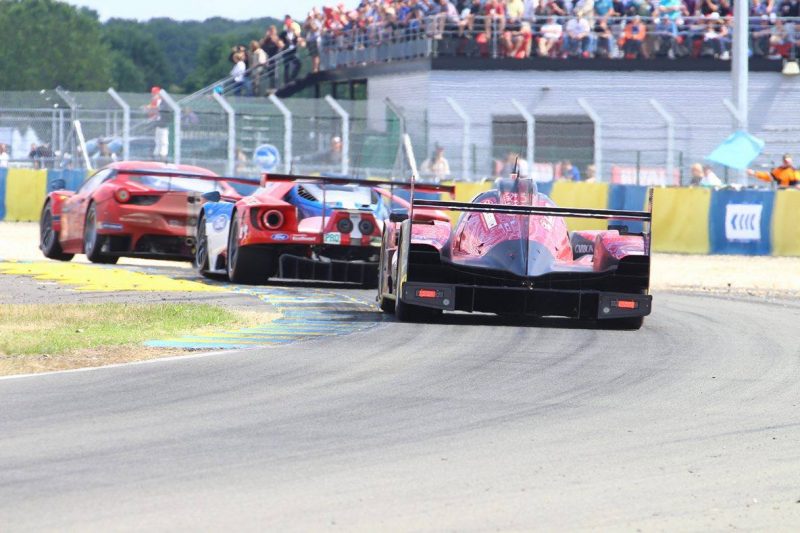 Risi Competizione had been shown the black and orange warning flag with 20 minutes of the race remaining, calling for the US team to fix its faulty leader lights system or be faced with a drive-through penalty. Given that pitting at such a late stage would have cost Risi a podium position as well as the fact that several other teams ran without leader lights (and were warned for a considerable amount of time for doing so) during the night, the team elected to ignore the penalty and finished second on the road.

Sportscar365 reports that the penalty originated from direct competitors Chip Ganassi Racing, which certainly leaves a sour taste in the mouth. A Risi penalty would have promoted the #66 Ford GT to third, ensuring a Ford clean-sweep of the podium. The stewards elected to add a 20-second time penalty onto Risi’s race time.

In turn, Risi Competizione also raised allegations of Ford speeding in slow zones and filed a protest with the stewards. The resulting 50-second penalty, added on to the winning car’s time, would still have given the victory to the Blue Oval, but an additional penalty of 20 seconds for faulty wheel sensors determined in post-race scrutineering would have actually handed the win to Risi had it not been for the leader lights penalty.

In an acrimonious end to a fantastic race, Aston Martin Racing and Ferrari are said to have launched protests with the ACO that the Ford GTs were running outside of the given performance window, which stipulates that GTE Pro cars must not run within 7% of the LMP2 cars’ performance. The results of this protest are still pending.