Porsche come first and second for the fifth time running in the WEC this year to claim the manufactures’ world championship in a race where fantastic strategy and late drama played a part. We take a look at the final three hours of the race. 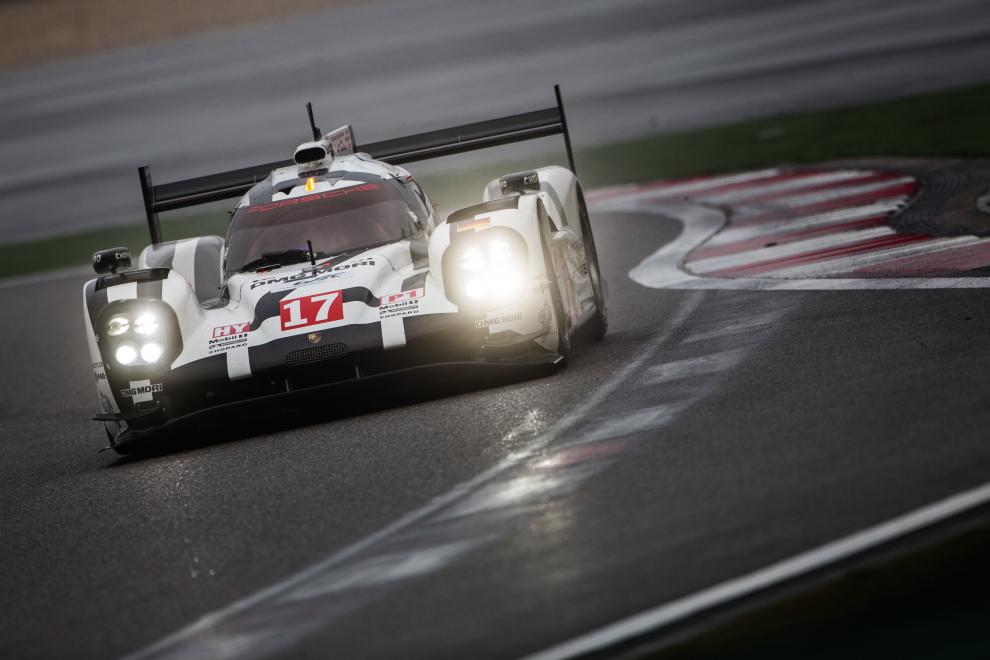 The final half of the race started with a trio of pit stops, Audi taking tires on their #7 car, however Porsche not on their #17 car. Meaning that the lead went to the #18 Porsche, the #17 held second place, which is crucial in terms of championship points. The third of which  was a brave call from Toyota to put on the slick tires on the #1 car of Sebastian Buemi.

Porsche’s double stint gamble ended up finding the floor in their plan when the drivers reported back that their tires were over heating and at the end of their life. However, it was too early for slicks, as Buemi proved in his Toyota, struggling to get heat into his Michelin’s. However, Buemi’s times soon improved to faster than that of his team mates, around the same time that Audi put intermediate tires on the #7 car with Porsche will scrabbling for grip on and off track up front. 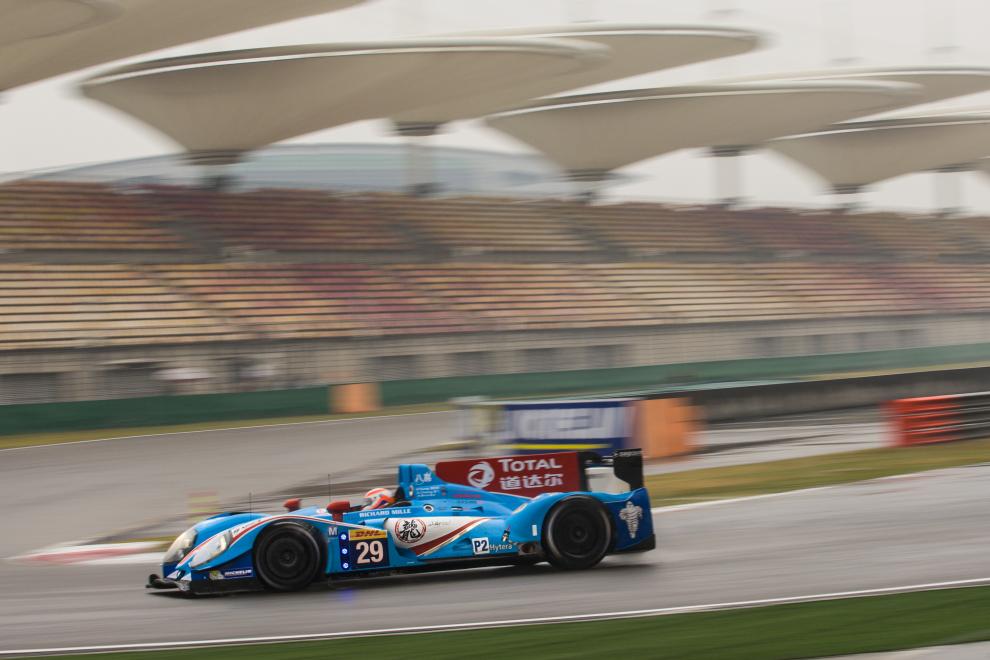 However, despite the Audi to Porsche tire difference, the lap times were still the same, meaning the gap stayed the same. As the race progressed it seemed like at the front Porsche had got the strategy just right, and were going to take the win, although there was to be drama further down the order.

In LMP1’s privater division the leading Rebellion of Mathias Beche dropped the car and threw it into the wall in a big way, forcing a bodywork change with minuted left on the life of the race. This handed the lead to the sister Rebellion car that then in turn faltered with a matter of seconds left on the clock, handing the win back to Beche, Prost and Heidfeld.

LMP2 had an even later change at the sharp end of the standings. The #28 G-Drive car was set for third place inside the final minute and on the last lap. However a spin at turn 1 saw all title hopes end in the gravel trap at turn 1. This handed third place to the KCMG team who’s race long recovery drive was rewarded with third place with a matter of seconds left on the clock. 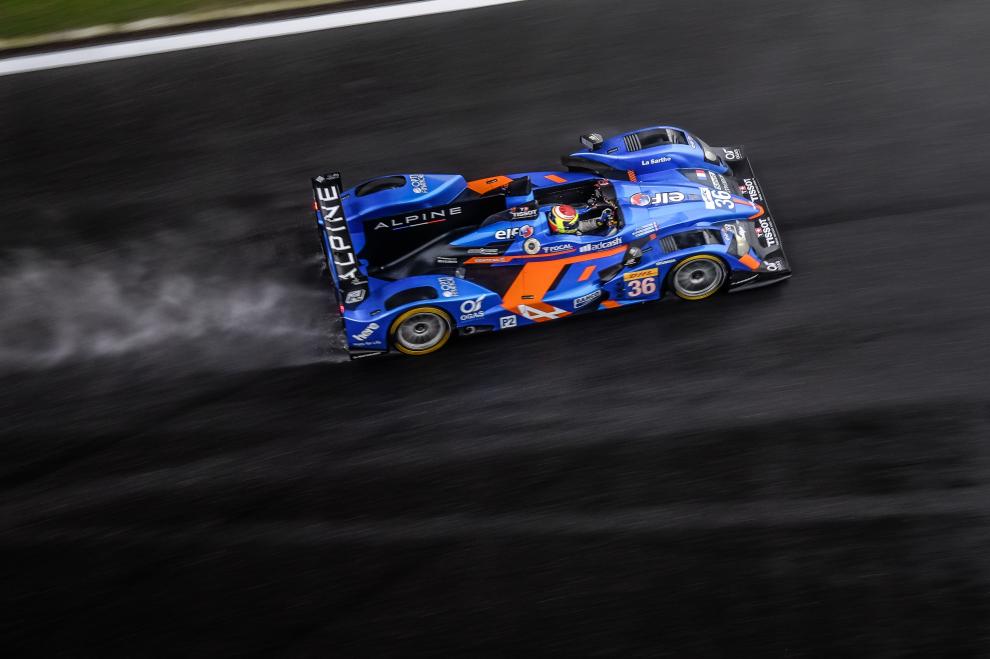 The LMP2 win was the first of the season for the Alpine team, and a debut win for Tom Dillman aboard that effort. Nelson Panciatici and Paul-Loup Chatin were the other two drivers in that car.  They led the #26 G-Drive Ligier of Sam Bird, Julien Canal and Roman Rusinov to confirm their status as class title favorites later in the month. Alex Brundle ended up fifth on his racing return.

GTE-PRO was another Porsche victory, but this time not a 1-2. The #51 Ferrari of Bruni and Vilander split the Manthey Porsches at the line to keep themselves in the mathematical hunt for the title, However Richard Lietz is in the position of favorite ahead of the decider. Third place went to the #92 Manthey Porsche ahead of the #71 AF Corse Ferrari. In the battle of the Aston Martins at the back, the #99 car of MacDowall, Stanaway and Rees lead home the #97 of Turner and Adam, with the #95 missing this round. 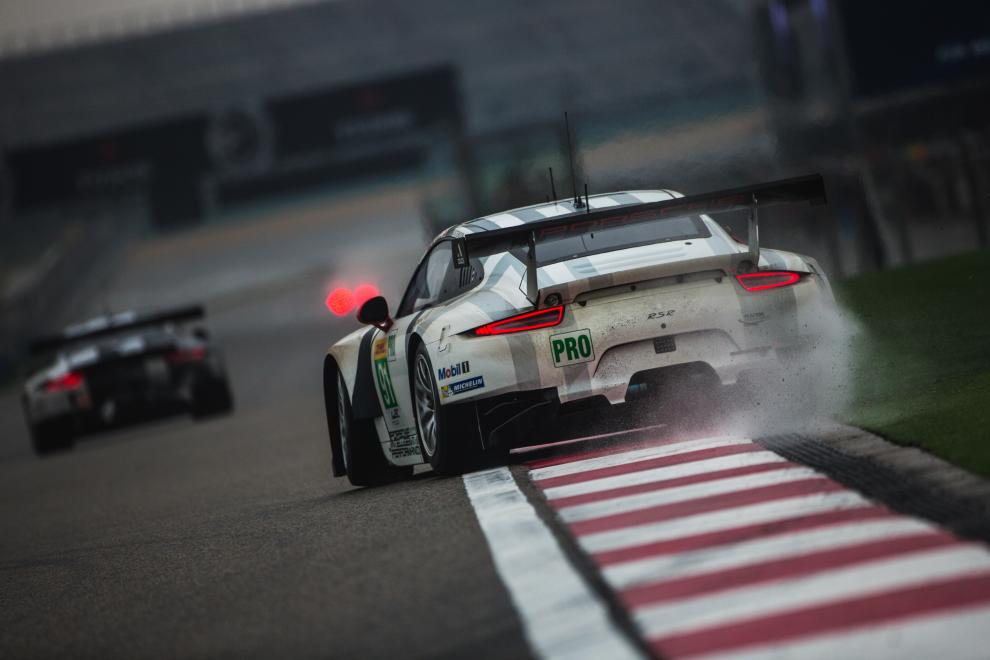 In GTE-AM a fantastic drive led to victory for Francois Perrodo, Emmanuel Collard and Rui Aguas in the #83 AF Corse Ferrari. Dalla Lana, Lamy and Lauda picked up second in their Aston Martin, while third place went to Le Mans winners SMP Racing thanks to another great recovery by Victor Shaytar, Andrea Bertolini and Aleksey Basov. 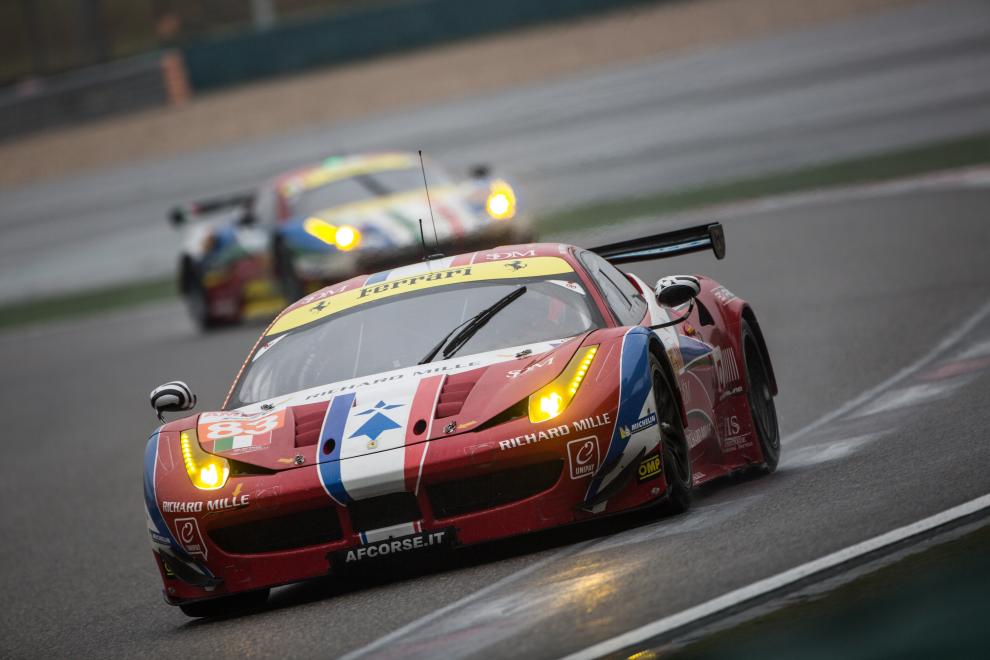 Finally, LMP1 was victory for the #17 Porsche for the fourth time running ahead of the #18 as ever. With Lotterer, Treluyer and Fassler finishing in third, this means that the Porsche team consolidate their lead in the drivers’ championship. Fourth went to the #8 Audi, while the #2 Toyota lead last years winners home in sixth.

Thanks to the Porsche trio of Webber, Hartley and Bernhard winning this race, no matter what Lotterer, Treluyer and Fassler do in Bahrain later this month, third position will be enough to win the drivers’ world championship. Only time will tell if the #7 or #17 will go down in history as the 2015 world champions.