The FIA World Endurance Championship was back on track today with free pratice one from the 6 Hours of Spa-Francorchamps. Despite the spectacular accident that Brendon Hartley suffered at Silverstone in the #1 Porsche, the Kiwi has wasted no time putting his name back on top of the times. 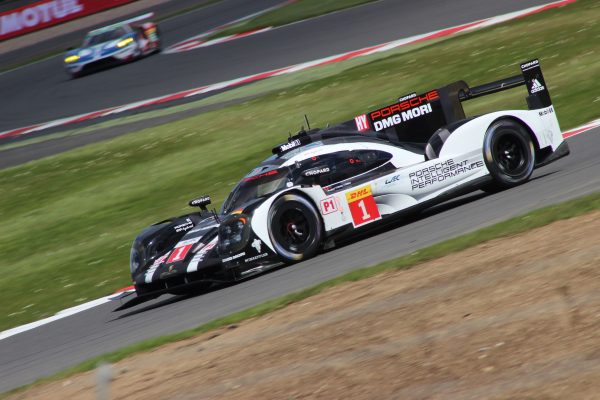 In LMP1 it was Brendon Hartley that went fastest in the first session of the weekend in the #1 Porsche 919 Hybrid with a time of 1:58.012. Second fastest went the way of the #2 sister Porsche of Marc Lieb. Toyota rounded out the top three positions with Mike Conway setting a 1:59.429. Audi was fourth fastest with their new low drag R18, Andre Lotterer setting the time in the #7 Audi. The #8 Audi was sixth fastest in the hands of Loic Duval. The #5 Toyota split the Audi duo in fifth place.

The LMP1 privateer class was topped by Rebellion Racing #13 car. Heidfeld, Prost and Piquet Jr put the #12 Rebellion second in class and eighth overall. Three seconds back from the #12 car was the sole entry by the ByKolles team.

LMP2 saw the #31 ESM car on top of the times after yet another stunning performance by Pipo Derani. The Silverstone class pole sitting G-Drive Ligier was second in class. Thrid fastest was the Alpine of Menezes, Lapierre and Richelmi.

Aston Martin’s Richie Stanaway, Jonathan Adam and Fernando Rees was fastest in GTE-PRO. Ferrari was second fastest with their #51 488 in the hands of Bruni and Calado. Silverstone’s class winners, Bird and Rigon were third quickest in class aboard their #71 Ferrari.

GTE-AM had Dalla Lana, Lamy and Lauda at the top of the times ahead of the Larbre Competition Corvette and the Proton Competition Porsche.