The #2 Porsche 919 Hybrid of Brendon Hartley, Earl Bamber and Timo Bernhard recorded a comfortable victory, its third of the season, to extend Porsche’s lead at the head of the manufacturers’ championship. 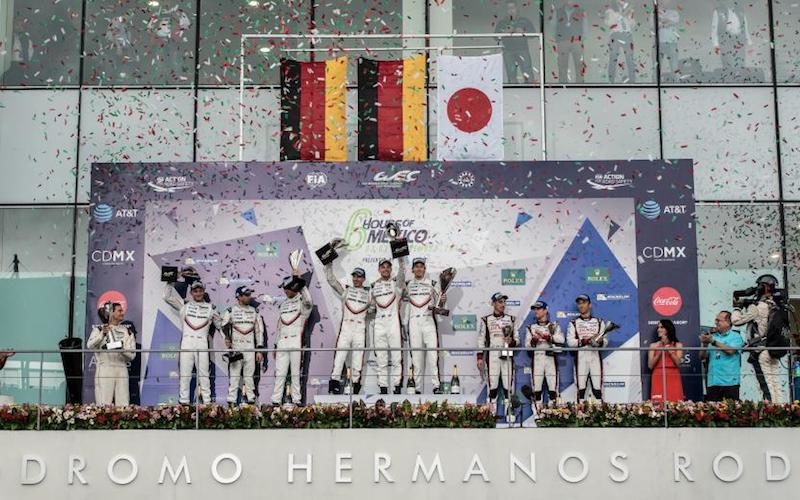 Porsche held a significant advantage over the pair of Toyota TS050s throughout the weekend, with the pair of 919 Hybrids evidently more comfortable at altitude. “This was an awesome race weekend by our Porsche team,” Brendon Hartley said after the race. “We were fast from the first session onwards and in the race our car was really amazing. Actually both our cars got away quickly from the Toyotas. We didn’t expect to have such a pace advantage.”

The race looked to have been wrapped up, but gathering storm clouds in the final hour threatened to mix everything up. However, the weather held out and Porsche ultimately scored a commanding one-two win, with the #1 car of André Lotterer, Nick Tandy and Neel Jani finishing second and around a lap ahead of the pair of Toyotas in third and fourth.

In GTE Pro, the #71 AF Corse Ferrari 488 and the #95 Aston Martin Racing cars were locked in a race-long battle for class supremacy, with rarely more than 10 seconds separating the two GT cars over the course of the six-hour race. The fight closed up once again in the final half-hour, with Aston Martin’s Danish driver Nicki Thiim hunting Davide Rigon in the red Ferrari.

The #71 retained its advantage throughout the closing stages of the race and looked to have the edge as the six-hour battle reached a conclusion. However, a late 10-second penalty was handed to the #71 car for speeding during a full-course yellow period and, with Thiim in the #95 car just two seconds behind the Ferrari at the finish, the Aston Martin Racing team inherited the victory once the post-race penalty was applied.

Elsewhere, contact between the #66 Ford GT driven by Oliver Pla and James Calado in the #51 AF Corse Ferrari – deemed to be the French driver’s fault by the stewards – put paid to those teams’ chances for class victory. Third position in class went to the #91 Porsche 911 RSR, which finished over a minute down on the leading cars. 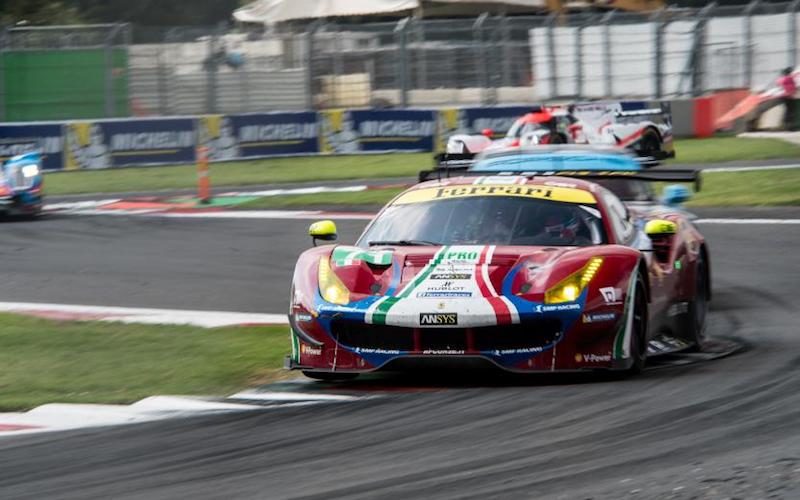 LMP2 once again provided some of the closest racing on track, with the #31 Vaillante Rebellion, #36 Signatech Alpine and #22 CEFC Manor TRS Racing all in the mixer for the win in class. Bruno Senna, Nicolas Prost and Julien Canal led a significant amount of the race, with Senna bringing the car home first in class after a tense battle with a hard-charging Ben Hanley in the CEFC Manor TRS Racing car.

A strong stint by Jean-Eric Vergne put the #22 car in contention, with Hanley exiting his final pit stop with a 15-second gap to make up on the leading Vaillante Rebellion. However, a spin by the British driver with just minutes of the race remaining decided the race in favour of the #31 car, and also saw the Manor slip back behind Nicolas Lapierre in the #36 Signatech Alpine.

Victory in GTE Am went to the Dempsey-Proton Racing Porsche 911 RSR of Matteo Cariolo, Marvin Dienst and Christian Ried – their second on the bounce. Second was he #98 Aston Martin Racing car of Paul Dalla Lana, Pedro Lamy and Mathias Lauda, while, in third, Mike Wainwright, Ben Barker and Nick Foster secured their first podium of the season after an impressive drive.