Mark Webber, Timo Bernhard and Brendon Hartley continued their practice form in qualifying this morning to snatch pole in the LMP1 class ahead of Toyota and Audi. Making it three different manufactures in the top three spots. Ford dominated GTE-PRO to take a 1-2 ahead of Aston Martin and AF Corse. 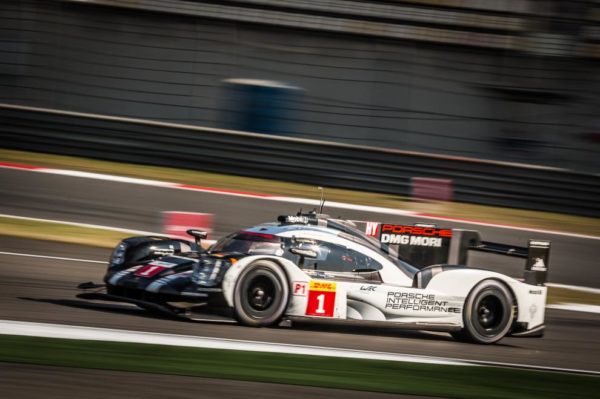 The #1 Porsche 919 Hybrid will start tomorrow’s 6 Hours of Shanghai from the front of the grid, however it is set to be a close race. The world champions only took the top spot by 0.060 of a second from the #5 Toyota TS050 Hybrid which will start second. Audi took third on the grid in their penultimate LMP1 race. The #8 e-tron quattro was only 0.148 of a second off of the Porsche’s pole time. A further two tenths off of the third place Audi came last times Japan winners in the #6 Toyota. The #7 Audi of Andre Lotterer, Benoit Treluyer and Marcel Fassler’s time was only good enough for fifth on the grid. This meant the championship leading #2 Porsche 919 Hybrid of Le Mans winners Neel Jani, Marc Lieb and Roman Dumas was in sixth position and last of the LMP1 Hybrid cars, leaving the trio a lot of work to do in the race. Tomorrow’s 6 hours however is set up a treat, with the gap across the whole LMP1 Hybrid field’s qualifying times only 0.589 of a second.

Rebellion Racing reversed the Friday order of the LMP1 Privateer class to take pole position by a staggering one and a half seconds ahead of the ByKolles team.

LMP2 saw Manor put their #44 Oreca 05 on pole position. This left the championship leading #36 Signatech Alpine second on the grid. Third went to the #30 ESM effort,with last times class victor in fourth. RGR Sport will be right behind their Russian rivals on the grid in fifth place, which sets up what is sure to be another fantastic battle in LMP2. 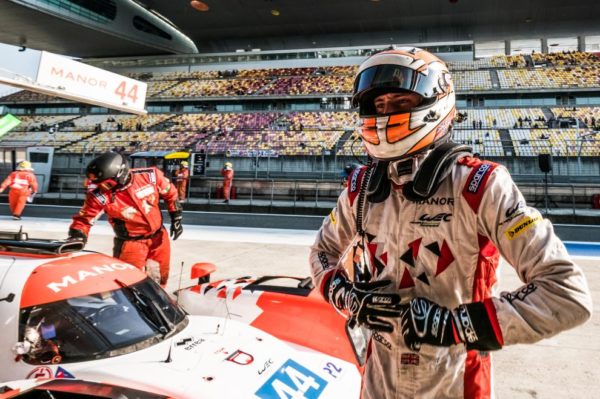 Ford dominated the GTE-PRO standings with their two GT’s at the top of the standings, half a second clear of the car in third place. Harry Tincknell and Andy Priaulx will lead the class away in the #67 car ahead of the sister #66 machine. Best of the rest was Aston Martin. The #95 and #97 cars finished the session in third and fifth respectively. James Calado and Gianmaria Bruni split the British team and will start fourth tomorrow.

Aston Martin did however get their chance to top a class and take a pole position. The #98 car will start on pole in GTE-AM ahead of the #83 AF Corse Ferrari. Abu-Dhabi Proton Racing put their #88 car highest of the Porsches third in class. KCMG and Gulf Racing put their two Porsches fourth and fifth respectively. The Larbre Competition Corvette will start sixth in class, and at the back of the grid.

The race starts at 03:00 in the morning tomorrow in the U.K and 04:00 in central Europe. So make sure to get an early night tonight so you don’t miss what is set to be another world endurance classic though all five classes.