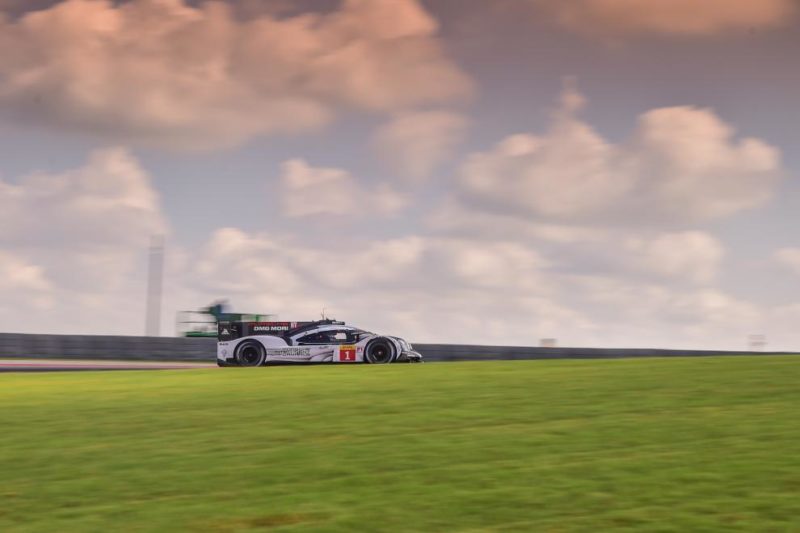 The #1 Porsche 919 Hybrid of Timo Bernhard, Brendon Hartley and Mark Webber secured a hard-fought victory at the 6 Hours of the Circuit of the Americas on Saturday, but the final results only tell half the story. The pair of Audi Sport Team Joest R18s had been the class of the field up until the halfway point, but technical issues for the leading #8 car of Lucas di Grassi, Loic Duval and Oliver Jarvis put paid to what appeared to be a comfortable victory.

The #8 car’s lead of over 2 minutes was eradicated, with the #1 Porsche inheriting the lead but coming under severe pressure from the #7 Audi of Marcel Fässler, André Lotterer and Benoit Tréluyer. Then, with just 1 hour and 40 minutes of the race remaining, Tréluyer clipped one of the Fords going through turn 9 and ended up in the barriers to end a miserable day for the Ingolstadt-based manufacturer.

Despite pressure from the recovering #8 Audi and the chasing #6 Toyota GAZOO Racing TS050 of Mike Conway, Kamui Kobayashi and Stéphane Sarrazin, the #1 car held on to record its third victory in succession – bringing it right back into championship contention with three rounds remaining. The #8 crew drove well after their earlier issues to finish second, with the #6 Toyota crossing the line in third position.

LMP1-L saw the #13 Rebellion Racing take the race win some 4 laps ahead of the #4 ByKolles Racing Team CLM P1/01, which had suffered mechanical issues midway through the race. 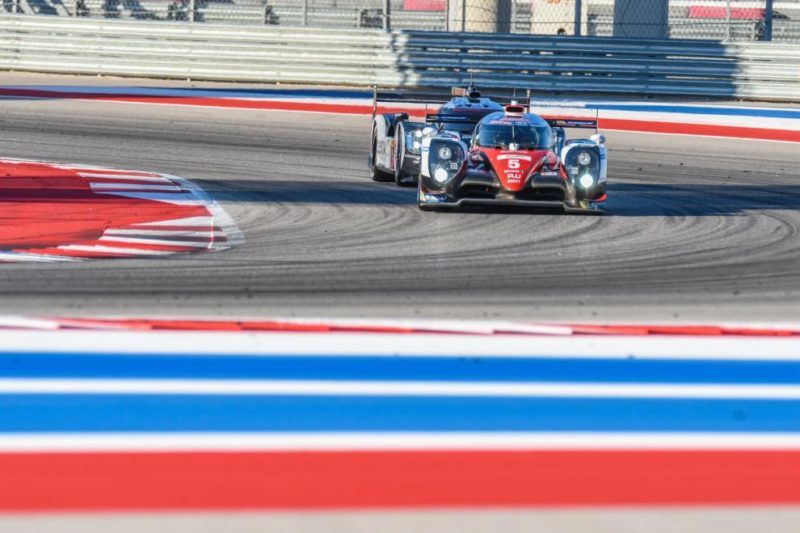 In LMP2, the race was dominated by the pole-sitting #36 Signatech Alpine A460 of Nicolas Lapierre, Gustavo Menezes and Stéphane Richelmi. The French-entered machine led throughout the race and wrapped up its fourth victory of the season ahead of RGR Sport by Morand – winners last time out in Mexico – and the G-Drive Racing Oreca. The #44 Manor Oreca and the #42 Strakka Racing Gibson were the race’s only two retirees 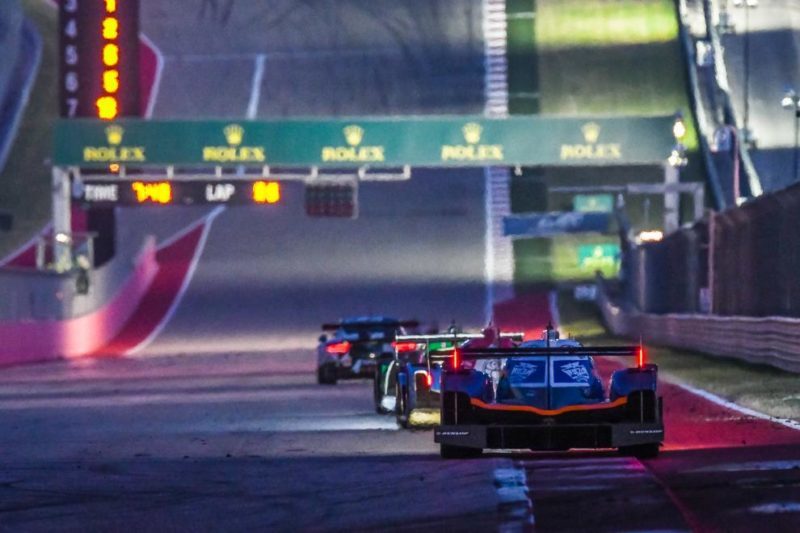 GTE Pro provided a race-long battle between the pole-sitting #95 Aston Martin Racing crew of Nicky Thiim and Marco Sørensen and the #51 AF Corse Ferrari 488 of Gianmaria Bruni and James Calado. The all-Danish delivered a flawless race from pole to take the win, Aston’s second in successive races, with the #51 car just 11 seconds behind at the chequered flag. The sister #71 AF Corse car rounded off a successful weekend for AF Corse and kept AMR’s lead at the top of the GT manufacturers’ championship to just six points.

Aston Martin Racing also took the honours in GTE Am, this time in the hands of Paul Dalla Lana, Matthias Lauda and Pedro Lamy. Starting from pole, the #98 car never looked back and recorded an ultimately comfortable victory in the Texan heat around one minute ahead of the #78 KCMG Porsche 911 RSR and the #50 Larbre Competition Corvette C7.R. 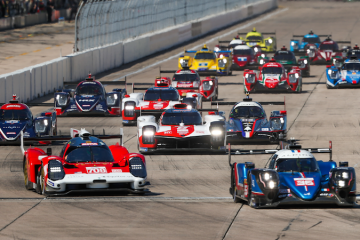 Alpine claimed an impressive win in the first race of the WEC season at Sebring as adverse weather resulted in multiple red flags.