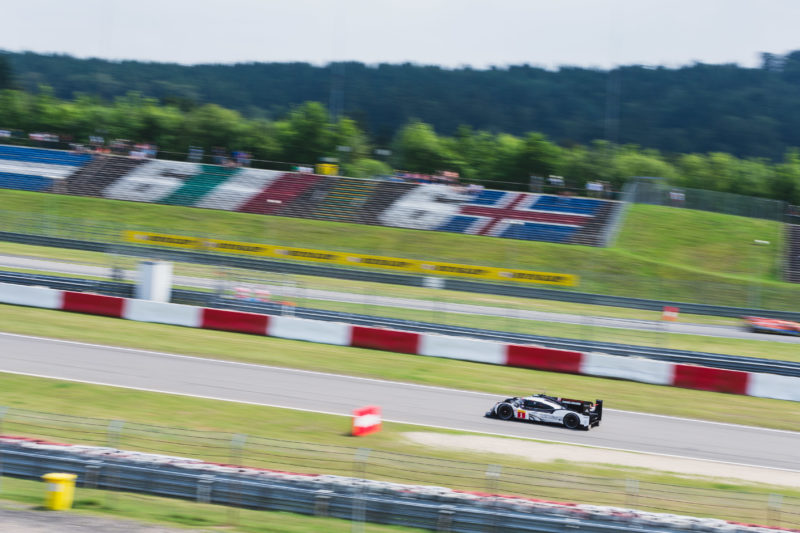 Porsche have extended their lead at the head of the constructors’ championship, but Audi remain just 35 points behind with five races remaining.

The GT constructors’ battle is much closer, with Ferrari overcoming recent reliability issues to secure a maximum points haul in GTE Pro. Aston Martin remain just eight points behind, with Ford a further 22 back.

Signatech Alpine have built a commanding lead in the LMP2 teams’ championship thanks to three consecutive victories in the last three rounds. Their closest challengers are RGR Sport by Morand heading into the Mexican team’s home race at Autódromo Hermanos Rodríguez in early September. They overtook G-Drive Racing in the standings after the Russian team retired from the Six Hours of the Nürburgring due to gearbox issues.

In the drivers’ championship, Romain Dumas, Neel Jani and Marc Lieb hold a 33-point lead over Audi drivers Oliver Jarvis, Lucas di Grassi and Loic Duval – although the Porsche pilots missed out on a golden opportunity to built an ever-larger lead after late skirmishes in the Six Hours of the Nürburgring cost them at least a podium finish. 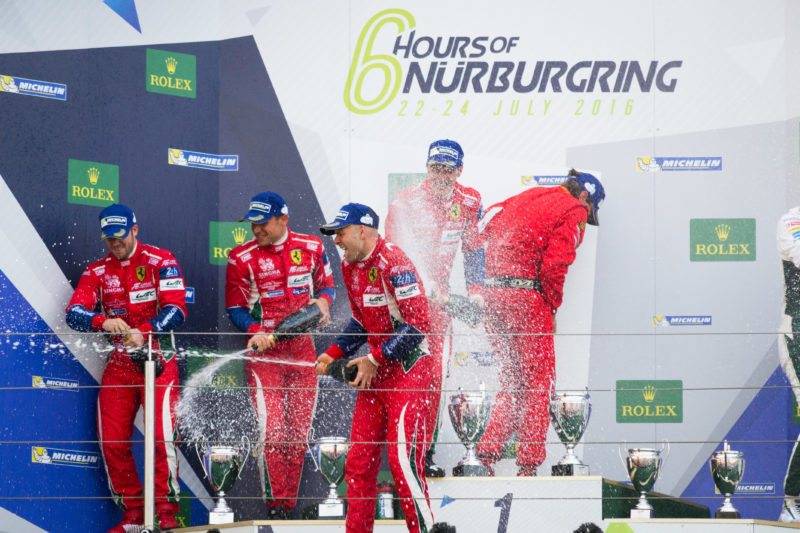 Stefan Mücke and Olivier Pla hold a slim two-point advantage at the top of the GT drivers’ championship ahead of Ferrari drivers Sam Bird and Davide Rigon, who have two wins to their name this season. Consistency has been the key for Marco Sorensen and Nicky Thiim, with their three podiums from four races keeping them in contention for the title just five points behind the leaders.

For a full run down of the championship standings, simply visit our Standings section.