Porsche today bettered one of the most-famous lap records ever set in motor racing as part of its #919tribute world tour. Timo Bernhard lapped the Nürburgring Nordschleife with his Porsche 919 Hybrid in an astonishing 5:19.55, the quickest lap ever recorded around the 20.8 kilometre Green Hell. 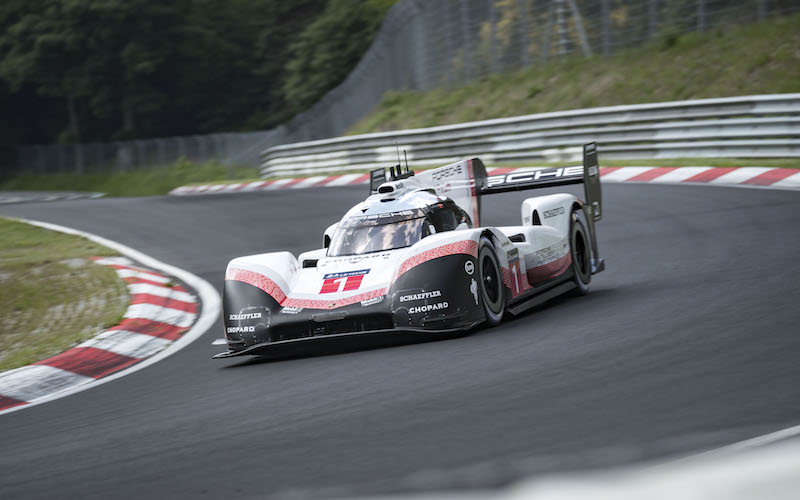 The official lap record was set by Stefan Bellof, who lapped the circuit in 6:11.13 minutes in his Porsche 956C in qualifying for the Nürburgring 1,000km in 1983, which was the latest time prototype sportscars raced at the Nordschleife. This remains the fastest lap ever recorded in competition at the Nürburgring and, despite advances in terms of track and car safety, is unlikely to ever be beaten.

The Porsche 919 Hybrid Evo was developed by Porsche to show what LMP1 could achieve if not bound by the regulatory restrictions of competition. It has specially adapted “long-tail” aerodynamics and additional tuning under the bonnet to increase both top speed and corner speed. The original Porsche 919 Hybrid won Le Mans three years in succession and brought Porsche two FIA World Endurance Championships for Manufacturers. 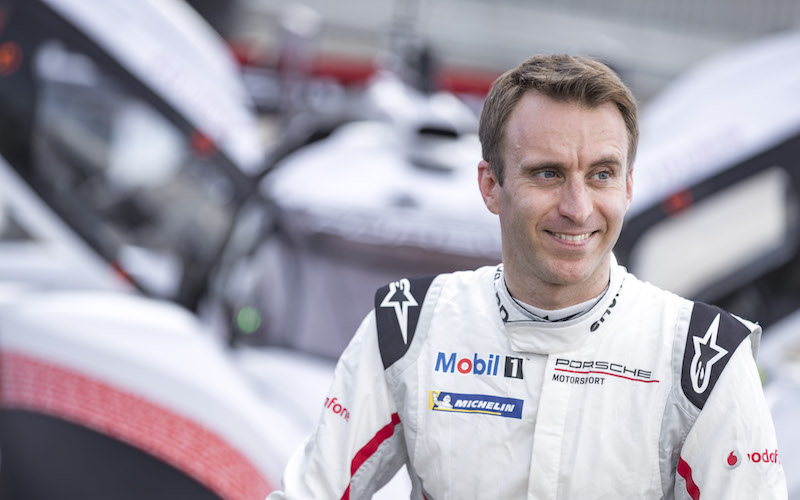 This latest stop on the #919tribute’s world tour comes after Neel Jani broke the all-time lap record at the Spa-Francorchamps in late March. The car has also been taking to the streets of New York and Shanghai. The next stops on the tour are the VW Fun Cup at Spa-Francorchamps, the Goodwood Festival of Speed in July and further appearances in Bangkok, Brands Hatch and the Porsche Rennsport Reunion event at Laguna Seca in California. 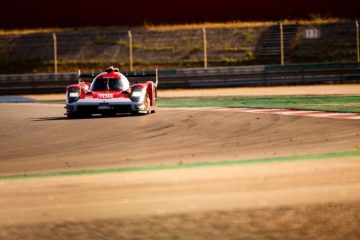 Glickenhaus went fastest at the official Le Mans test day as the teams gear up for the 89th running of the 24 Hours of Le Mans.