Stefan Bellof was one of sportscar racing and motorsport’s most prodigious talents. He sprung into the limelight on one rainy day in Monaco, and left an indelible mark on sportscar racing with a lap-record 6 minute 11 second lap in a Porsche 962C. With Timo Bernhard set to wear a Stefan Bellof tribute helmet at the 2015 6 Hours of Spa-Francorchamps, we took the opportunity to look at the all-too-brief career of one of motorsport’s brightest stars.

It was an absolute deluge that day on the Côte d’Azur, 31 years ago. The usual Monte Carlo glitz and glamour felt on a long way away in the pounding rain. The boats bobbed up and down at the harbour, but the rich and famous took shelter below deck, while spectators in the open tribunes huddled around their umbrellas and did their best to keep out the damp.

The 1984 Monaco Grand Prix would still go ahead, but the 76 laps around the punishingly tight circuit would feel like a marathon for the drivers. In the end, the red flag was waved not even at half distance, the conditions considered too treacherous. Alain Prost took the victory, with a hard-charging, youthful Ayrton Senna finishing second and almost catching the Frenchman. But Senna’s drive wasn’t the only masterclass F1 fans saw that day.

From dead last on the grid to third in Monaco

A young German by the name of Stefan Bellof took his normally aspirated Tyrrell-Ford (the only non-turbo qualifier for the race) by the scruff of the neck and carved his way through the field with a mixture of flamboyance, daring and precision from dead last on the grid to third. The race was eulogised in the feature film Senna as the day that the future triple World Champion exploded onto the stage, but on that wet day in May 1984, two stars were born.

Stefan Bellof was born in the West German town of Gießen and cut his racing teeth on the kart circuit in Germany and abroad. Although somewhat of a late starter, his extraordinary talent was abundantly clear almost as soon as he set foot in a racing car. Bellof won races in German Formula 3 and became only the second driver to win on his Formula 2 debut, at Silverstone in 1982 in another rain-affected race – a hint of what was to come.

His single-seater performances quickly caught the eye of other motorsport teams, and the legendary Rothmans-sponsored works Porsche team soon signed him up to race in the World Sportscar Championship. Partnering with Derek Bell, the German would go on to win three times that season. Blindingly quick, his pole lap at Silverstone in the Porsche 956 would have put him 12th on the grid at the Formula 1 grand prix that season. It was in 1983 that Bellof set perhaps his most infamous record, lapping the Nordschleife at the Nürburgring in 6 minutes 11 seconds – a record that will most likely never be beaten.

The World Sportscar Champion of 1984

Never truly given the tools to maximise his potential in Formula 1, it was endurance racing in which Bellof truly shined. He became World Sportscar Champion in 1984, winning a total of six times both for Brun Porsche and the works Rothmans team. According to Derek Bell, who shared countless race wins with the German, Bellof was “blindly quick”: “Everyone is always looking for the next superstar. People were over the moon about Stefan. He had such incredible flair.”

Bellof continued to race for Porsche in the 1985 season, alongside sporadic appearances for Tyrrell in Formula 1. Surely destined for greater things, he would tragically never complete the 1985 season. At the fourth round of the championship, at Spa-Francorchamps in September, Bellof challenged Jacky Ickx for the lead at – where else – Eau Rouge. There was contact, and both cars ended the race in the barriers. Bellof was killed.

Thirty years ago, the world of motorsport had been robbed of an enormous talent – a driver who raced with fearlessness, courage and skill. At this weekend’s 6 Hours of Spa, Porsche driver Timo Bernhard will wear a special helmet in memory of the great German. Sometimes it’s aromas or certain colours that can prove to be the most efficient of memory-jolters. The black, gold and red stripes will undoubtedly transport motor racing fans of a certain age immediately back three decades. A fitting tribute to one of the most electrifying racing drivers to ever hit the circuit.

For our series "The Legends of Le Mans," we look back at "Luigi and the Lord" who helped Ferrari achieve its 1st Le Mans victory. 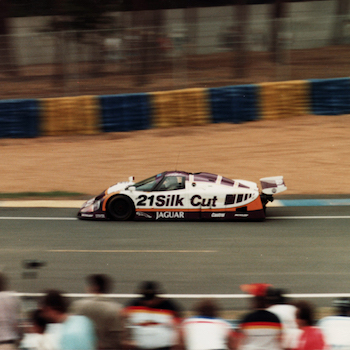 The late, great Tom Walkinshaw, head of TWR and mastermind of successful touring car and sportscar efforts in the 1980s – including the works Jaguar effort at Le Mans in 1988 – and then multiple Read more… 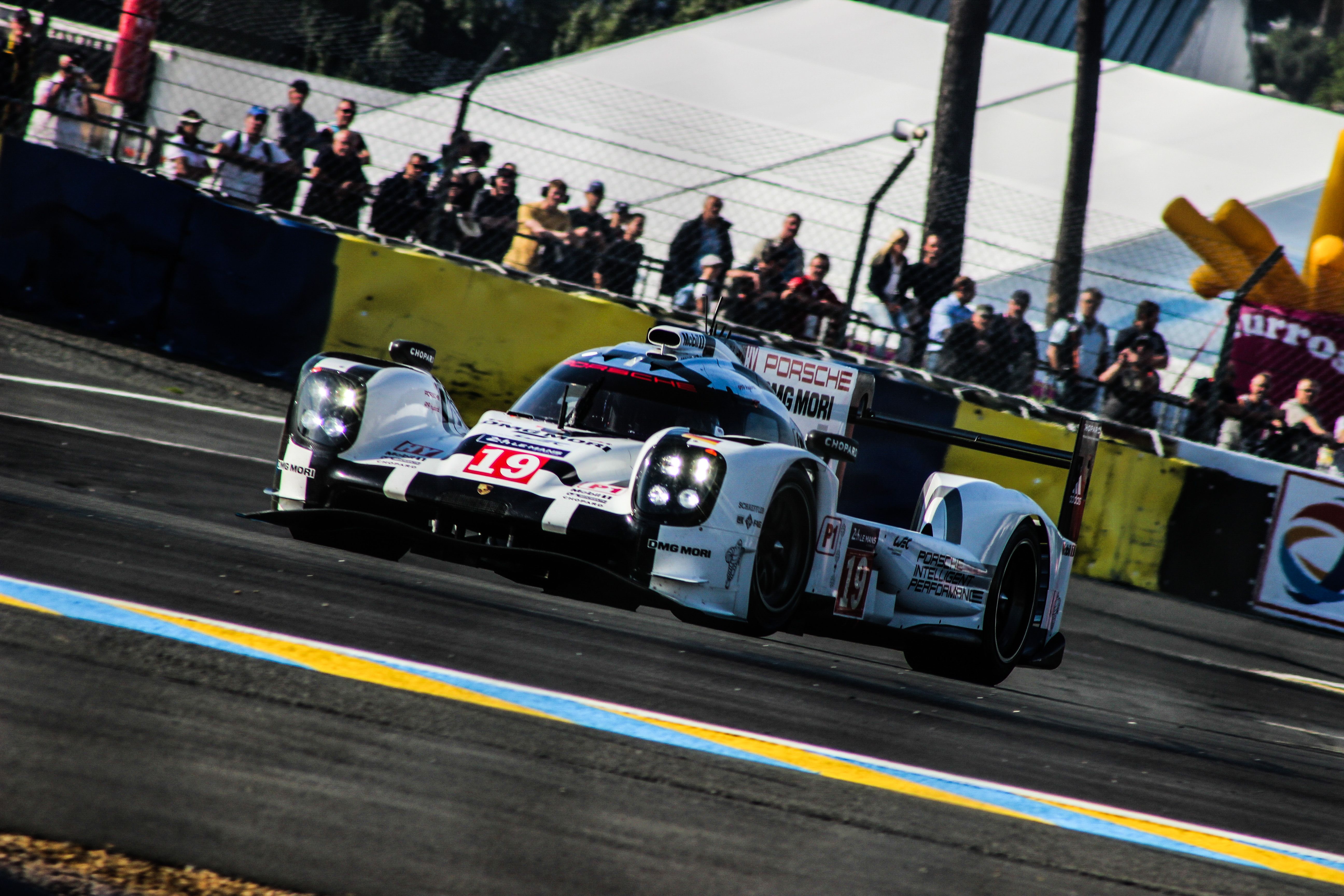 The Porsche 919 Hybrid is the latest car to become infamous due to victory at Le Mans. For a team such as Porsche, renowned for their successes at Le Mans, the team knew what they were Read more…