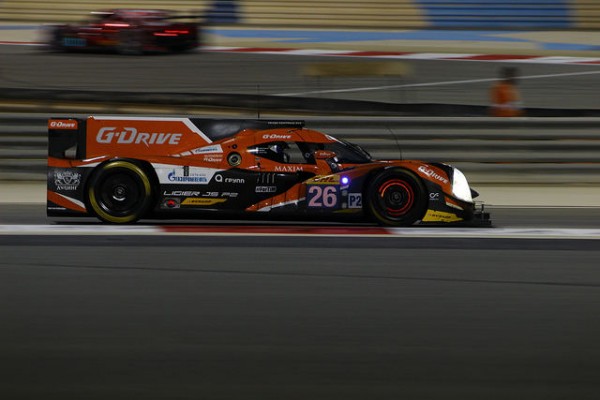 G-Drive Racing have partnered up with British team Jota Sport for the 2016 season, with one entry planned in the World Endurance Championship and European Le Mans Series under the G-Drive banner. The reigning champions will be back to defend their WEC LMP2 title with a brand-new Oreca 05-Nissan, while entering the 2016 ELMS entry with a Gibson 0155-Nissan.

Despite the G-Drive’s success last year, team leader Roman Rusinov had been non-commital about a potential return to global sportscar racing in 2016. Now it seems that Rusinov has found the right partners in the shape of 2014 Le Mans class winners Jota Sport. The #26 car will return to the World Endurance Championship with Frenchman Nathanael Berton at the wheel alongside Roman Rusinov. The identity of the third driver will be revealed shortly.

In the European Le Mans Series, the already-confirmed Gibson 0155-Nissan set to be run by Jota with Giedo van der Garde, Simon Dolan and Harry Tincknell in the driving seat will now race under the G-Drive banner.

Full entry lists for the 2016 WEC, ELMS and Le Mans 24 Hours will be revealed this Friday at 2:30 Central European Time.

Among a flurry of announcements on the eve of the 2019 24 Hours of Le Mans, the FIA WEC also revealed the entry list for the 2019/20 season.