Catching up with Racing Team Nederland

Racing Team Nederland is practically the national team for oranje fans at circuits around the world. The LMP2 squad arrived in the WEC back in 2018 after competing in the European Le Mans Series (ELMS) and at Le Mans.

Adding a dash of colour to the WEC paddock in more ways than one, the team is run by successful businessman Frits van Eerd. As the dictionary definition of a “gentleman driver”, van Eerd has partnered up with Dutch hotshoes Nyck de Vries and Guido van der Garde to put together a formidable operation.

Our Dutch photographer Ton got the chance to catch up with the Racing Team Nederland at the recent WEC event in Bahrain and ask the team members how the team came about.

A team for the Netherlands

For team owner and driver Frits van Eerd, entering LMP2 was almost a no-brainer: “The main goal for going into LMP2 was that I had a chance to drive a seriously fast car in a championship in Europe and see how competitive we can be as a Dutch team,” the 52-year-old said. “I have been in motorsport for a long time, but never in such a serious category as LMP2.”

“We are a team from the Netherlands and wanted to be ‘as Dutch as possible’ right from day one,” van Eerd continues. “Now we even have three Dutch drivers. In the early days in the ELMS (and at Le Mans) we had Rubens Barrichello with us. Then Jan Lammers arrived and there were two Dutch drivers. Now there are three of us: Guido van der Garde, Nyck de Vries and myself.”

The team owner and CEO of supermarket chain Jumbo had been involved in a Dutch team before, but he was clear from the start that he wanted to start something different: “This is my own team that I started and so it is Racing Team Nederland and not Racing Team Holland or Racing Team Jumbo or something. It’s me behind this team, not my company or anyone else”

Dutch sports fans are renowned for turning race tracks orange wherever they go, so many a WEC fan may have asked themselves why the Racing Team Nederland car isn’t a similar shade. “The livery and colour combination is my little homage to the Minardi F1 team,” explains Frits van Eerd. “I own a Minardi myself and know Giancarlo Minardi personally. That’s why I opted for this yellow and black combination and not for classic Dutch orange.”

The dream of a home race

As the mastermind behind a Dutch team in an FIA world championship, Frits van Eerd is all too keen to see the WEC visit the country too. “Formula 1 is returning to Zandvoort for the first time in decades,” he says. “It’s really special for the Dutch fans.”

“Why shouldn’t the WEC organise a race at Zandvoort in the future? I think we need to push the idea! As a Dutch team it would be a brilliant combination and I hope we will one day be able to show at our home track what we are capable of.”

The key to success at Racing Team Nederland

The team has finished every single WEC race since their debut in the series at the start of the 2018/2019 Super Season. This season the team has made another step up in its development, taking a podium in Silverstone and securing a class win in Fuji. What’s the key to their success?

“It’s a combination of factors that makes up a result” explains Team Principal Mark Kunse. “It starts and ends with Frits, he is the driving force behind the project. Primarily our success this year is down to him not giving up in the first two years, which were quite challenging.”

“It was a steep learning curve for him, but we were also racing a Dallara and the performance was not as good as the Oreca. It was a very intense car, very unpredictable, so for him as a Bronze driver to come into the championship he had to learn a lot. I think the team has to be very grateful to him first of all, his persistence and his enthusiasm.”

Kunse knows that changing to a new car is not an easy task for anyone, so the team needed special expertise to help them make the transition: “Last year we made a big transition, switched cars and switched team too. The previous team worked really hard on the Dallara, trying to extract the best from the car. But the move to Oreca meant we needed a team with experience of Oreca – and that team was TDS.”

“In racing it’s always the same: in a good car you get better, in a bad car you get worse,” Kunse adds. “So Frits took the opportunity to really make big steps. TDS have done a brilliant job, too. Guido and Nyck are at the maximum already, so it all came together perfectly.”

The new car required a change in the set-up at Racing Team Nederland, and support was at hand from the TDS operation in France.

“Once we decided that we wanted to go with an Oreca 07 chassis we tried to find the best possible team in the business with Oreca experience,” Kunse says. “From the moment we spoke with TDS the feeling was good, and their intentions were clear.”

“They manage to extract the best out of them, in terms of data,” he adds. “They have very good capabilities of working with drivers at all levels, both professionals like Nyck and Guido and Bronze drivers like Frits, and are a vital part of the team.” 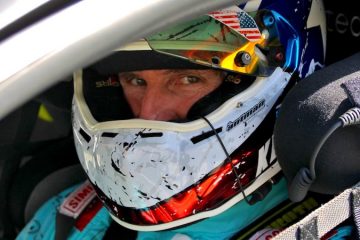