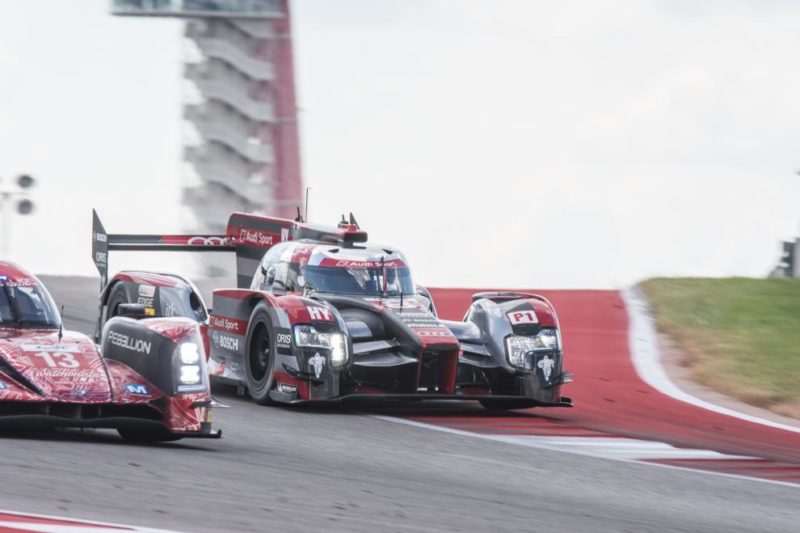 The #8 Audi R18 of Lucas di Grassi, Loic Duval and Oliver Jarvis topped the timesheets in both free practice sessions on Thursday at the Circuit of the Americas. Oliver Jarvis was the quickest man of FP1 in the scorching Texan heat, posting a fastest lap time of 1:48.498 on lap 10 of his 12-lap run. Just 0.047 seconds behind was the #2 Porsche 919 Hybrid of Neel Jani, with the sister #7 Audi R18 rounding out the top three.

Temperatures cooled considerably for the second free practice session, enabling most WEC entries to improve their times by at least a second. Once again it was the #8 car that appeared to be dialled in to the undulating Circuit of the Americas, with French driver Loic Duval finishing the session in top spot with the fastest lap of the day – a 1:47.235. In fact, Audi drivers set the five fastest times of day, all in FP2, with Brendon Hartley the quickest Porsche driver (1:47.959) and Sébastian Buemi the fastest man in a Toyota (1:48.134).

ByKolles Racing topped the timesheets in LMP1-L, with Oliver Webb pipping the single of Rebellion in FP2 to record the fastest time of the day (1:54.361). Swiss driver Alexandre Imperatori had gone quickest for the #13 crew in FP1 with a 1:54.479.

LMP2 saw G-Drive Racing set the benchmark in the heat of the day, with René Rast recording a 1:57.000 midway through the session. Baxi DC Racing and Manor rounded off the top three in FP1, but were unable to get within half a second of the Russian-entered Oreca. G-Drive then only managed to improve marginally on their FP1 best in FP2. Instead, Gustavo Menezes took the honours in the second session for the #36 Signatech-Alpine with a 1:56.318, closely followed by Bruno Senna in the RGR Sport by Morand machine (1:56.534). 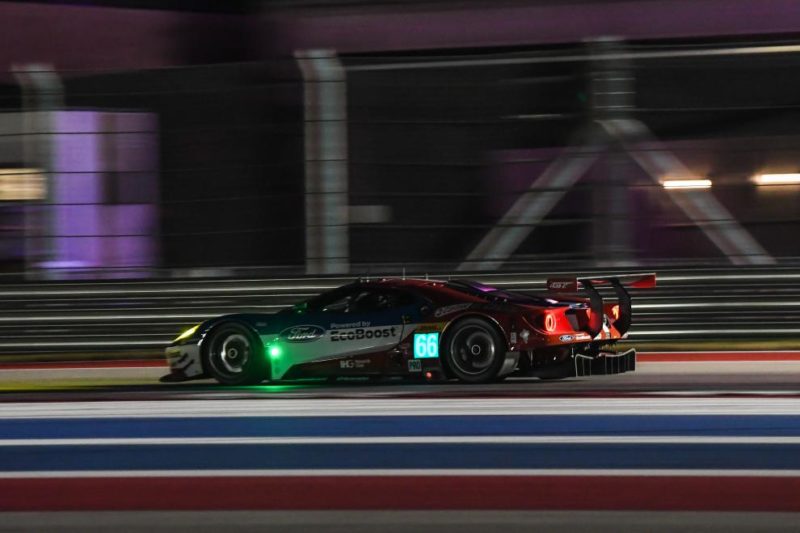 In GTE Pro, it was Ford Chip Ganassi Team UK who took the top spot in both sessions at their home race. Again, the cooler conditions saw lap times improve considerably in the second session compared to the first. Stefan Mücke was the fastest man of the day, posting a best lap of 2:04.714 just before the chequered flag dropped on FP2. His teammate in the #66 machine was the second-fastest man in the GTE Pro field, with the #95 Aston Martin and the #51 AF Corse Ferrari also showing good pace throughout the day.

Larbre Competition flew the star-spangled banner for Corvette in FP1, wth US driver Ricky Taylor going fastest with a 2:07.412 ahead of the two Porsches of Abu Dhabi Proton Racing and Gulf Racing. In FP2, Pedro Lamy was the only man to dip under the 2:07 barrier (and by some considerable margin, too), recording a fastest time of 2:06.092 – some 1.7 seconds ahead of his nearest challenger in the form of Ben Barker in the #86 Gulf Racing Porsche 911 RSR.