31 Entries confirmed for the Nurburgring 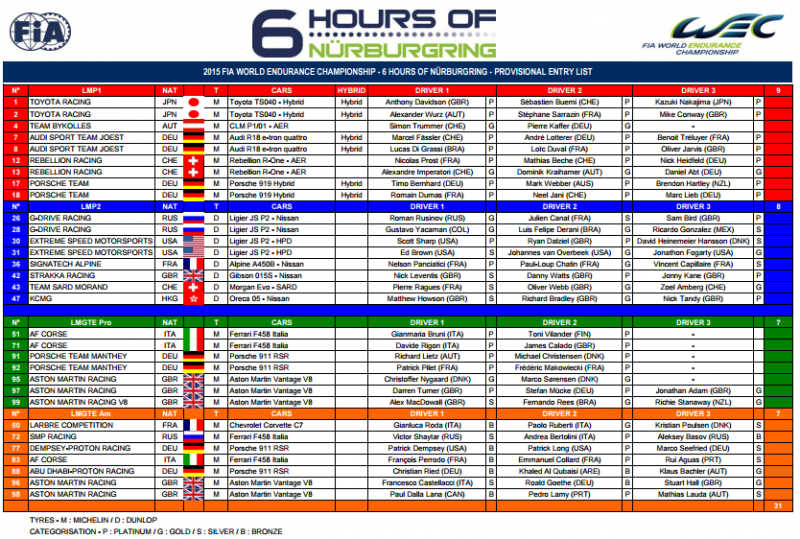 Out of the 31 starters, of them are set to be German cars with 10 German drivers set to compete in the race. LMP1 will see race winners Audi and Porsche fight for overall victory on home soil. Overall 6 of the 10 German drivers come from the LMP1 class. Andre Lotterer will compete in the #7 Audi R18, Timo Bernhard and Marc Lieb will compete in the #17 and #18 Porsche 919’s respectively, while in the privateer section of the class Rebellion will have Formula E due Nick Heidfeld and Daniel Abt behind the wheel and ByKolles, Pierre Kaffer.

Nissan will not race in Germany after announcing their withdrawal from the next 3 rounds of the WEC until further notice. This means we will not see the Japanese team at least until the 6 Hours of Shanghai, but work is continuing on developing the car. 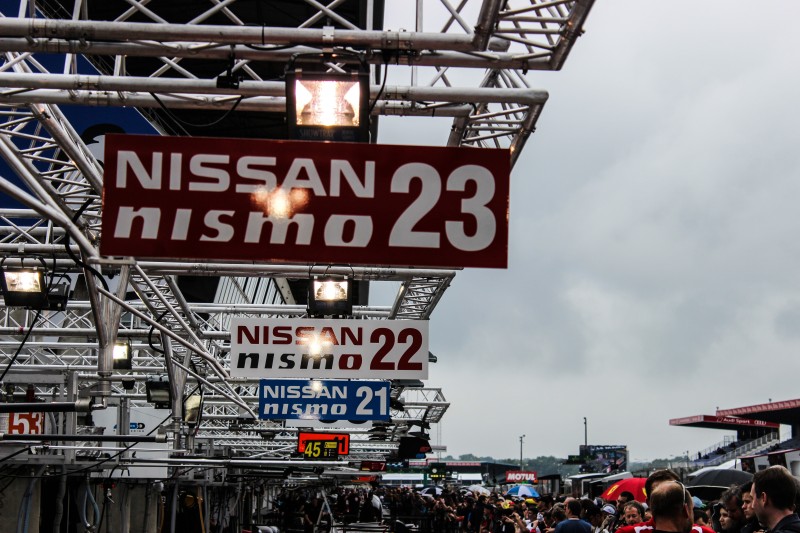 LMP2 will bring 8 cars to the grid in Germany, including the LMP2 class winner at Le Mans KCMG OCREA 05 of Matthew Howson and Richard Bradley. Overall Le Mans winner Nick Tandy will re-join the trio in Germany. G-Drive and SARD will be back as usual. ESM will be using their usual line ups of Sharp, Dalziel, Heinemeier Hansson and Brown, van Overbeek and Fogarty in a pair of Ligier JSP2s. Strakka will not use the unique DOME chassis as they are developing the car into a LMP1 car for the future. However the team will start the race with the normal line up in a Nissan Gibson 015s which they purchased from Greaves Motorsport in the break. 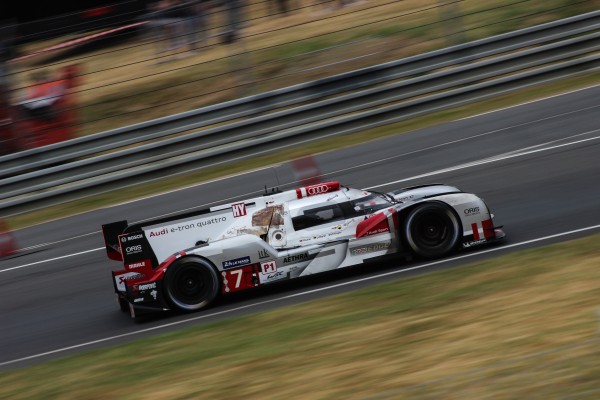 In GTE-PRO the German connections resume with 1 team, 2 cars and 1 driver, Of course being Porsche, with the 911 RSR and Stefan Mucke, although he will as ever be driving the #97 Aston Martin with Darren Turner. Richard Lietz and Micheal Christensen will drive the #91 Porsche while the #92 car will have Patrick Pillet and Frederic Makowiecki behind the wheel, as the home team will be hoping for a stronger performance than last times engine blow out in the early stages of Le Mans.

Finally in GTE-AM Larbre have received their car back from the American works team and will start at the Nurburgring in their Corvette C7R with Roda, Ruberti and Poulsen. The two German teams in the class are the Abu Dhabi Proton and Dempsey squads. German Marco Seefried joins Patrick Dempsey and Patrick Long in the Dempsey car, while fellow German Christian Ried will share the Proton Porsche with Al Qubaisi and Austrain, Klaus Bachler. The final German will be Roald Goethe who has recovered from his Le Mans crash to be able to start in the 6 Hours of the Nurburgring in his Aston Martin V8 Vantage. 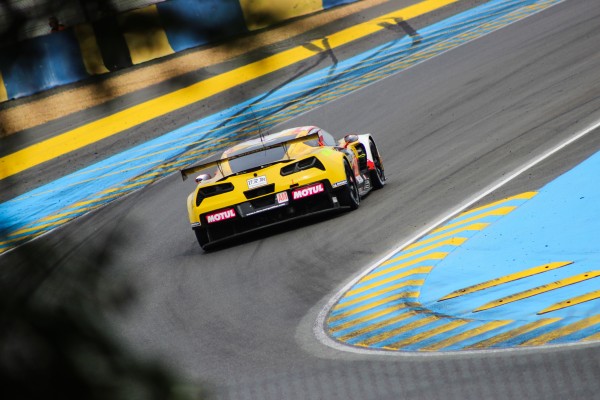 With just 2 weeks to go until practice commences of the Nurburgring Grand Prix circuit it is anyone’s guess who will come out on top. With Porsche’s Le Mans success and Audi’s sprint race success it is very up in the air in LMP1 alone. That’s before the reunited driver line-ups of LMP2 and GTE-PRO are sure to make the classes as exciting as ever as well.

The race will start at 12:00 German time on August 30th with live commentary in English language from RadioLeMans.com and TV pictures on Motors TV.