Event programmes have always been a part of race weekends. From the artwork of yesteryear to the new graphic designs which take the cover pages today, there is always something about picking up your programme before the racing begins. However, it can be difficult to find out what the programmes look like if you are not at the event.

That is no longer an issue. Thanks to Malcolm Mitchell of Motor Racing Programme Cover, over 21000 programme covers from race tracks across 66 counties have been archived for all to see. In the collection, thanks to contributor and endurance racing fan Paul Clarke, every FIA World Endurance Championship programme since the inaugural round of the series at Sebring in 2012 have a place in the archive.

The project to collect motorsport programme covers came about back in 1998. Malcolm explained “The website came about on the back of track editing for Microprose Grand Prix 2”.

“When Paul Hoad’s Track Editor came out, people started making circuits of the world of all different eras. It was already possible to patch the menus in the game, and so it was natural to want a more relevant ‘track map’ to go with each new circuit.” Explained Malcolm.

He continued, “Someone came up with the idea of incorporating programme covers, and I volunteered to gather them together, and so ‘The Grand Prix Programme Cover Project’ was born!” Said website founder, Malcolm.

He added, “That was in 1998. It really is thanks to Paul Hoad that the site exists, for without the Track Editor, there wouldn’t have been any demand for a collection, and so I would never have started one.”

However Malcolm has collected only a few of the programmes himself. He explained, “I have actually only been to a handful of races before, and the closest I have come to sportscars were the 70s sports prototypes at the Superprix at Brands a couple of years ago (2013).”

The archive relies wholly on donated scans and pictures of programmes. Paul Clarke is a collector who has every WEC programme in his possession.

Paul’s got it covered. A programme from each season of the WEC

Although Paul doesn’t get to many races these days he has managed to continue with his programme collecting. However, he did used to make it to the GT events of the 1990’s. He shared, “My favorite memories of the BPR GT days has to be the McLaren F1 GTR, 911 GT1, CLK GTR and the Panoz. I can still remember the distinct sound of each of their engines” 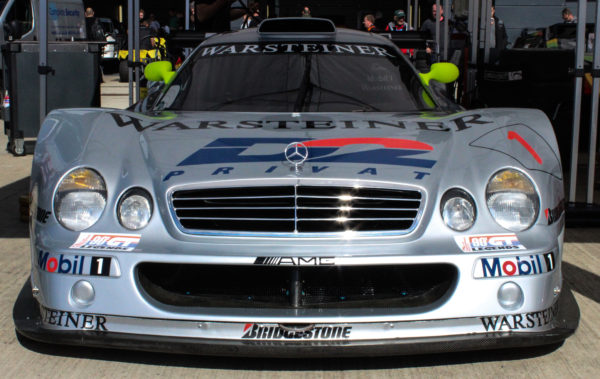 Infact the archive goes back well before the time of the FIA World Endurance Championship. The 1990’s saw a major change in endurance racing with the Group C era came to an end. However endurance racing quickly returned with GT cars. 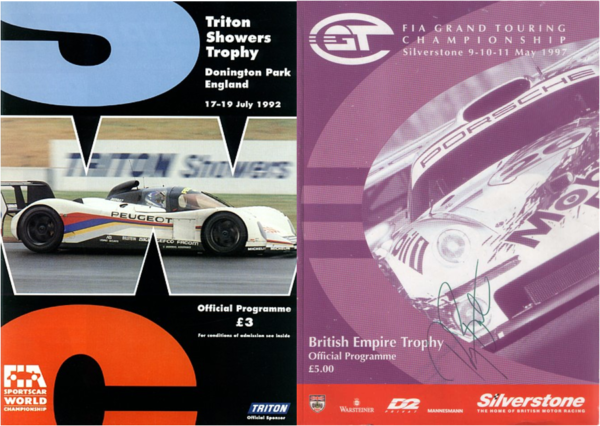 You can view Paul’s full collection of WEC Programmes here as well as many more from the rest of the motorsport scene at MotorRacingProgrammeCover.com.