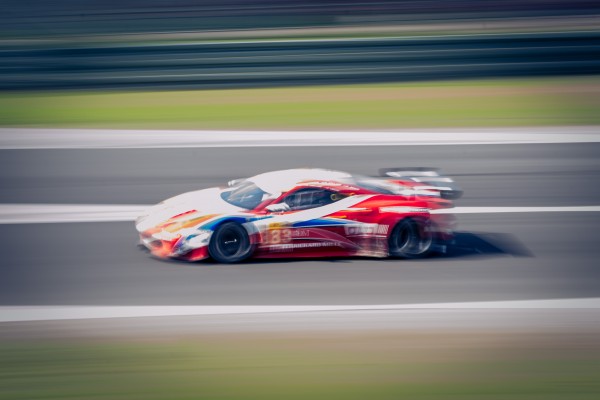 The anticipation for the 2016 World Endurance Championship, particularly when it comes to GT, has been building ever since Ford announced its return to the fold back at Le Mans. Now in its fourth year, the WEC is set to play host one of the most hotly contended GT championship battles in years.

The seven-car GTE-Pro field may not be the largest in the WEC’s history, but one thing it is absolutely not short on is quality. AF Corse are back with two brand-new Ferrari 488s, which debuted at the Rolex 24 at Daytona two weeks ago, in the hands of perennial title contender Gianmaria Bruni, James Calado, Davide Rigon and reigning LMP2 drivers’ champion Sam Bird.

Lining up alongside the Prancing Horse is the best of American muscle: Ford are back in top-line GT racing with a factory programme for the first time in half a century. The new Ford GTs also debuted at the Daytona 24 Hours, but suffered from a number of mechanical issues. The next test comes at the notoriously tough 12 Hours of Sebring in March. Ford have cherry-picked the best of GT driving talent for its WEC effort, with Marino Franchitti, Olivier Pla, Stefan Mücke and Andy Priaulx set to take the wheel behind the #66 and #67 entries.

Perhaps the single disappointment on this season’s GTE-Pro grid is the loss of the reigning champions Porsche Team Manthey. The works GT effort has been put on ice for 2016 to allow Porsche to focus on its 2017 effort. Instead, the baton has been passed to Dempsey Proton Racing, whose #77 car makes the step up to GTE-Pro for 2016 in the hands of Porsche factory drivers Michael Christensen and reigning drivers’ champion Richard Lietz. However, factory-entered Porsches will be present at the 24 Hours of Le Mans this season, with the two works entries in the IMSA series making the trip across the Atlantic.

Aston Martin Racing are also back in 2016 with an updated V8 Vantage. The #95 Dane Train car is back, but the #99 Hanergy-sponsored machine isn’t. Richie Stanaway moves across to the #97 car, presumably as a replacement for Ford-bound Stefan Mücke. Final driver line-ups will be announced soon. Perhaps the most significant change at Aston Martin this year is the move from Michelin to Dunlop tyres, opening up a tyre war in the GTE-Pro. AMR struggled with rubber in 2015, especially towards the end of the season.

If that wasn’t enough, things get turned up a notch for the 24 Hours of Le Mans: Corvette Racing have been awarded their now-customary two entries and are set to bring over the two C7.Rs entered in this season’s IMSA championship and fresh from a nail-biting one-two at Daytona. Ford’s Le Mans effort is beefed up to four cars, with the US marque putting everything in motion to claim class victory – 50 years on from their overall victory in 1966. What’s more, we will also see the two factory Porsche 911 RSRs and the Risi Competizione Ferrari 488 join the fray.

It’s an exciting time to be a GT racing fan.