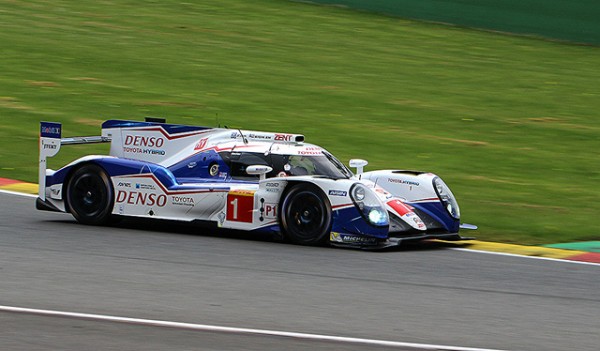 To say that 2015 was an annus horribilis for Toyota Gazoo Racing may be a bit of an understatement. Despite improving the car by two seconds a lap, it became quickly and painfully clear that this step forward was not enough. A podium came at Silverstone, but for the rest of the season the Japanese manufacturer was swept aside by Porsche and Audi. The ultimate embarrassment came at Le Mans, where the Toyotas finished 8 and 9 laps down on the race-winning Porsche despite enjoying relatively trouble-free runs.

For Pascal Vasselon, Technical Director at Toyota Gazoo Racing, it was a difficult experience, as was the decision to focus on development for the 2016 relatively early on in the 2015 season. “After we understood the level of the competition, we quickly made a decision to review our plans,” Vasselon said in an interview with endurance-info.com. “We realised that we had to change every element on the car. Essentially, the TS040 and the new TS050 share no common parts. Everything is new: the engine, the hybrid system, the chassis, the bodywork.”

Toyota’s new hybrid system sees the Japanese marque move from the now rather outdated supercapacitor concept to the kind of battery technology used by Porsche and Audi. “The battery era is already here and now it is time to move to battery-based energy storage,” Vasselon says.

Vasselon believes the new TS050 will put Toyota back on terms with its LMP1 competitors. With Porsche and Audi reducing their Le Mans entries from three to two, it’s Toyota that has “set a trend” this regard, Vasselon says with a smile. “The chances of winning at Le Mans are becoming more even. It’s not rocket science to conclude that your chances of winning are greater if you have three cars. We’re happy that Porsche and Audi are following our lead on that. I’m sure we will be in for a fantastic championship.”

The brand-new Toyota TS050 is set to be unveiled just before the official WEC Prologue, held at Circuit Paul Ricard on 25 and 26 March.