Rebellion Racing achieved something in the LPM2 class at this year’s 24 Hours of Le Mans that they had attempted to achieve for years when running in the LMP1 category: an overall podium finish. The team was absolutely ecstatic at the third-place finish for the #13 Vaillante Rebellion Oreca 07 of Nelson Piquet Jr., David Heinemeier Hannson and Mathias Beche, but a post-race regulation breach has seen the car be disqualified. 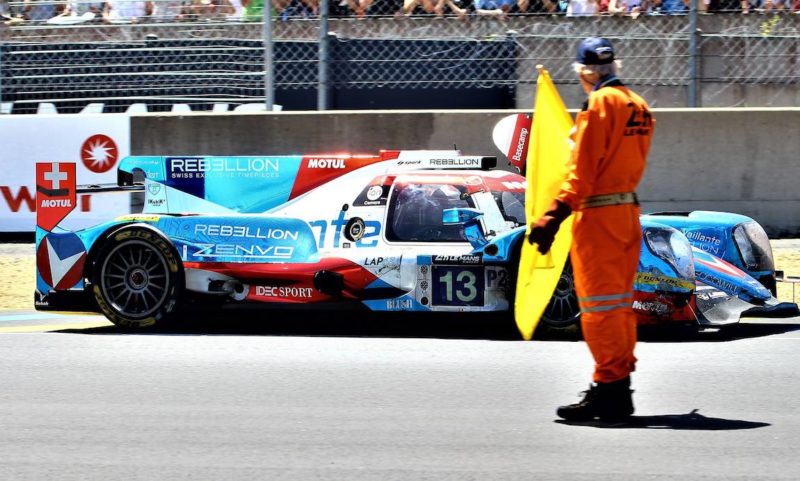 The #13 car had been in a great position going into the closing stages of the race, battling with the #35 Signatech Alpine Matmut for the final place on the podium behind the second-place #38 Jackie Chan DC Racing Oreca 07 of Thomas Laurent, Ho-Ping Tung and Oliver Jarvis. However, the team was faced with disaster as a faulty starter motor started to hamper their chances. With cars having to be switched off during pit stops, the problem would have cost the team a huge amount of time before the end of the race.

The team came up with an ingenious solution to the issue, drilling a hole through the bodywork so that they could literally hit the starter relay with a hammer and start the engine after every pit stop. However, bodywork modifications of this sort are outlawed under the LMP2 regulations, as this would have meant that the car deviated from its homologation (the approved model permitted to run in this particular race). 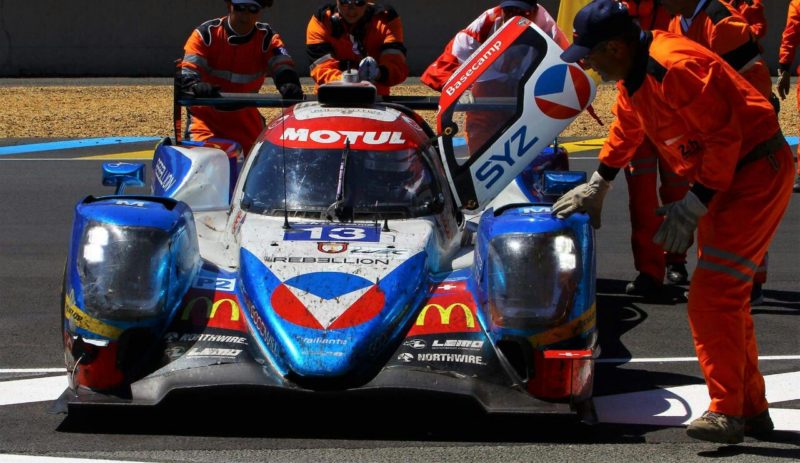 The modification was spotted in parc fermé following the race, although not before team members had attempted to cover up the hole with race tape – which constitutes a violation of parc fermé regulations, as no one is permitted to touch the car. Team manager Bart Hayden had instructed mechanics to cover up the modification at one of the car’s final pit stops, but also said he was not able to explain the actions of his team members after the race.

The decision promotes the second Jackie Chan DC Racing car, the #37 Oreca 07 of David Cheng, Tristan Gommendy and Alex Brundle to third position overall and second in LMP2 – giving the Chinese-entered team a 1-2 in LMP2 and second and third positions overall.