Toyota have become the third and final LMP1 manufacture to show off their 2016 challenger. The brand new Toyota TS050 will be the car that Toyota hope will get them back to the top of LMP1 after a disappointing title defence 2015. 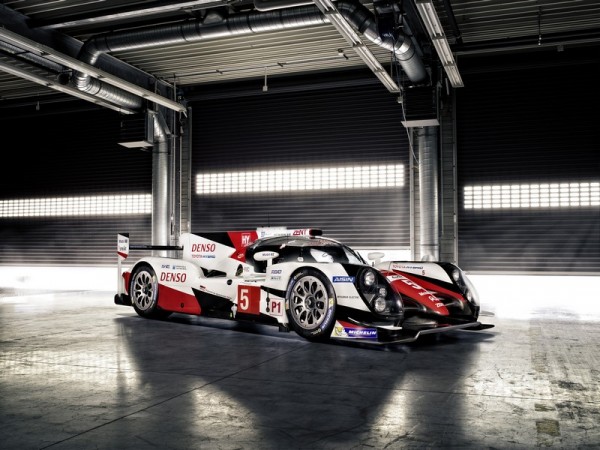 The TS050 will use a turbocharged V6 rather than the V8 of its predecessor (The TS040). Toyota will also step away from their supercapacitor hybrid system and instead take a step in the direction of Porsche’s system, harvesting energy from the braking as well as from the exhaust. This new system see’s Toyota’s LMP1 effort jump from the 6 megajoule class to the 8 megajoule class within LMP1.

According to Rob Leupen, Toyota’s vice president, the team have carried over some parts from the TS040. The main area of interest in the new car is saving weight. Leupen added, “we need to leave no stone un turned to be at the same level as our competitors next season.” 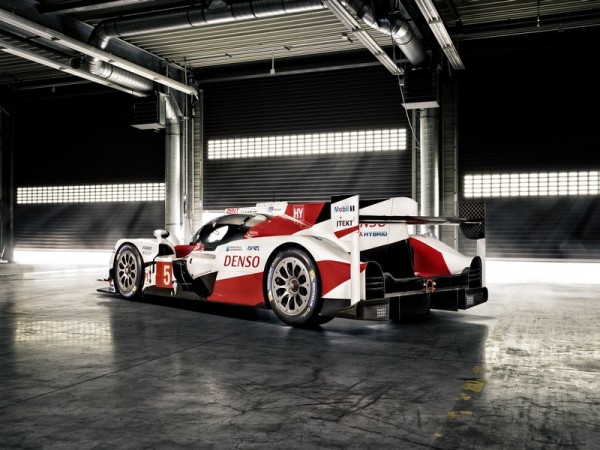 As has been the case with the already released 2016 spec Audi R18 e-tron quattro and Porsche 919 Hybrid, the Toyota TS050 has a brand new livery. The Japanese manufacture have stepped away from their blue theme which has been their LMP1 colours since their LMP1 debut back in 2012 and instead will use a red white and black livery.

Also changing are the numbers that Toyota will be racing with in 2016. After failing to retain their #1 and #2 numbers from last season due to losing out in the championship to Porsche, and Audi already claiming the #7 and #8 that Toyota had run up to 2014, Toyota will run all new numbers in 2016. Anthony Davidson, Sebastian Buemi and Kazuki Nakajima will race in the #5 machine. Mike Conway, Stephane Sarrazin and Kamui Kobayashi will drive the second TS050 with the #6 aboard.

The car will be officially revealed over the weekend at Paul Ricard for the FIA World Endurance Championship’s offical pre-season test session.

Note: This article was posted at 12:46 on March 23rd 2016. The Toyota source has been taken down since the publication of this article.