The #8 Toyota of Anthony Davidson, Kazuki Nakajima and Sebastian Buemi has started the season with a win. However after the Japanese brand was confident heading into the race, Porsche was too close for comfort. 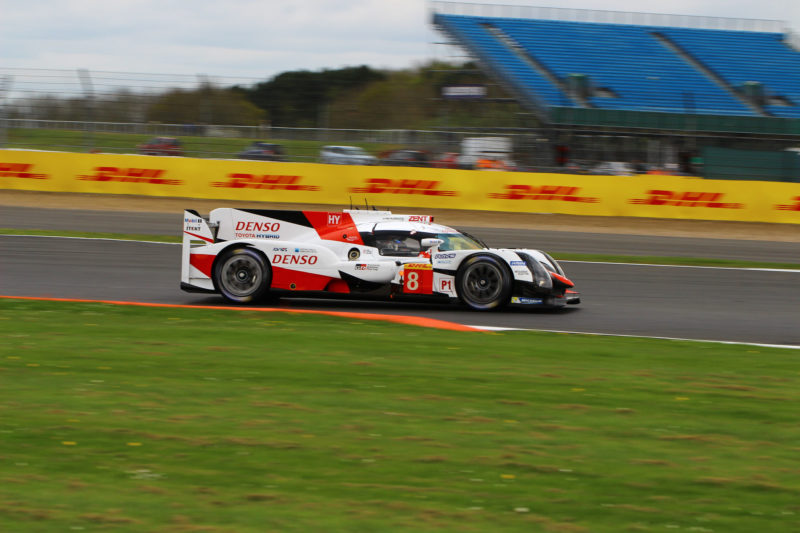 The race was won by Sebastian Buemi in the last 20 minutes as he overtook Brendon Hartley on his newer tyres. The gap at the line was six seconds between the winning #8 TS050 Hybrid and the second place #2 Porsche of Timo Bernhard, Brendon Hartley and Earl Bamber. Porsche’s #1 car of Nick Tandy, Andre Lotterer and Neel Jani completed the podium.

In winning the six hours of Silverstone, the #8 crew also won the Tourist Trophy, which is the longest awarded trophy in motorsport. Davidson and Buemi managed to get their names on the trophy for a second time after their 2014 win, however Nakajima became the first Japanese driver to win the prize with today’s result.

Toyota’s #7 car faced a more ill fated race after starting from pole position. Jose Maria Lopez hit the wall at Copse corner during his first stint which heavily damaged the car. The Argentine did manage to get the TS050 back to the pits, however it’s result was only good enough for fourth in LMP1. The ByKolles had an accident in the final hour while heading into the pit lane with James Rossiter at the wheel.

LMP2 was won by the Jackie Chan DC Racing car of Ho-pin Tung, Thomas Laurent and Audi refugee Oliver Jarvis, who becomes the first driver to win back to back races in LMP1 and LMP2 since Nick Tandy at Le Mans and Nurburgring in 2015. The #31 Rebellion of Nicolas Prost, Bruno Senna and Julian Canal took Rebellion to second in class on their LMP2 debut. G-Drive racing rounded out the class podium. 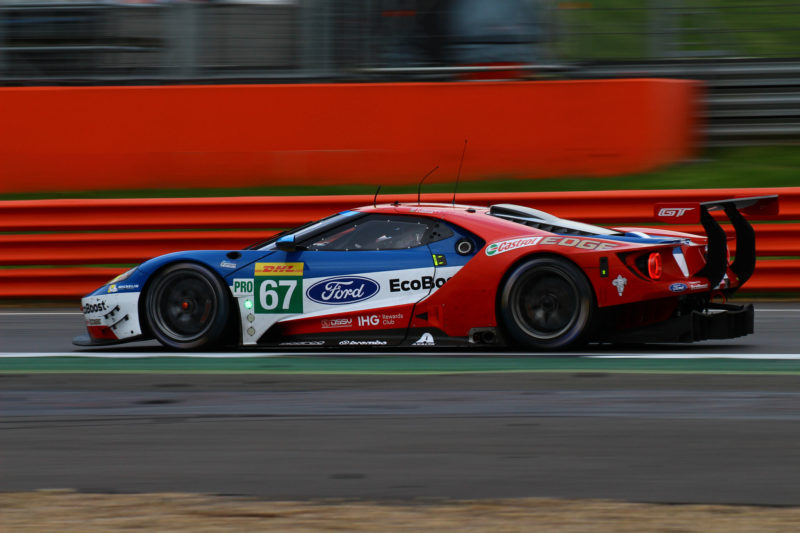 Despite issues with the passenger side door opening on track for the #67 Ford GT bookmarking the race, Harry Tincknell held on to cross the line the first of the GTE-Pro cars securing a win after a dominant qualifying yesterday for his team mates Andy Priaulx and Pipo Derani. The latter of which therefore winning on his GTE debut in the WEC. The #51 AF Corse Ferrari 488 came home second with James Calado and Alessandro Pier Guidi behind the wheel. The podium was completed by the sole surviving Porsche 911 of Richard Lietz and Micheal Christensen. The sister #92 car was the first retirement of the race after catching fire at mid race distance at Luffield.

GTE-Am was anyone’s right up until Stowe corner on the last lap. Miguel Molina and Pedro Lamy were dicing for the lead when they made contact on the last lap allowing Matt Griffin to slip past the pair of them to take the class lead with three corners to spare for Clearwater Racing. Lamy recovered the #98 Aston Martin to second position however Molina ended the race there and then in the gravel at Stowe, therefore becoming a non-finisher despite running for six hours. This allowed Matteo Cairoli to jump up to the podium in the #77 Dempsey-Proton Porsche. His team mates Christian Reid and Marvin Dienst joined him on the podium.