Toyota Gazoo Racing recorded a one-two finish at their home race, the 6 Hours of Fuji, which was cut short by rain and severe fog in southern Japan. Victory went to Sébastien Buemi, Kazuki Nakajima and Anthony Davidson in the #8 TS050 Hybrid ahead of Mike Conway, Kamui Kobayashi and José-Maria López in the #7 machine. 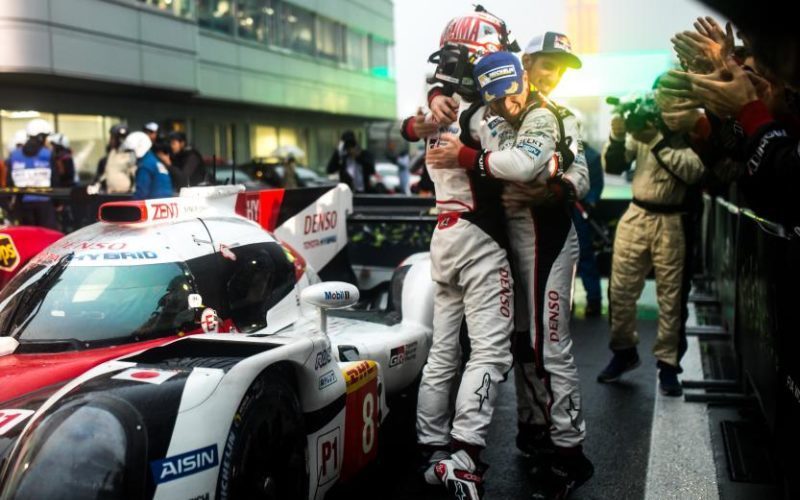 The race began in challenging conditions, with Race Director Eduardo Freitas opting to start the cars behind the safety car. It was a wise decision, the first of many – including a further five safety car periods and numerous full-course yellow procedures – from race control over what must have been a challenging six hours.

The pair of Toyotas made an impressive start once the race finally got going, clearly enjoying a pace advantage in damp conditions over the pair of Porsche 919 Hybrids. However, one red flag period and numerous safety cars for accidents and general weather conditions, with fog rolling in and out and reducing visibility to mere meters at times, saw the Toyotas’ advantage repeatedly pegged back.

“Before the race we targeted a one-two finish so I’m really pleased that we achieved it,” said Kazuki Nakajima after the end of the race. “It’s a great result for the whole team; I am very happy with the job everyone did. I think we deserved the win because we had good pace in the wet conditions.”

The red flag came out again due to fog with one hour of the race remaining and, despite the race organisers’ efforts to restart before the end of the scheduled six-hour period, another wave of mist swept across the Fuji circuit, resulting in the race being officially ended with 14 minutes left on the clock. With cars having completed 75% of the race distance (but only just), full points were able to be awarded.

This victory marked Toyota’s fifth in six years at the 6 Hours of Fuji – an impressive return on its home circuit. “It is fantastic to stand in the centre of the podium again for our third win of the season. We have fought very hard to achieve this, and it is even more special here at our home race,” Team President Hisatake Murata said. 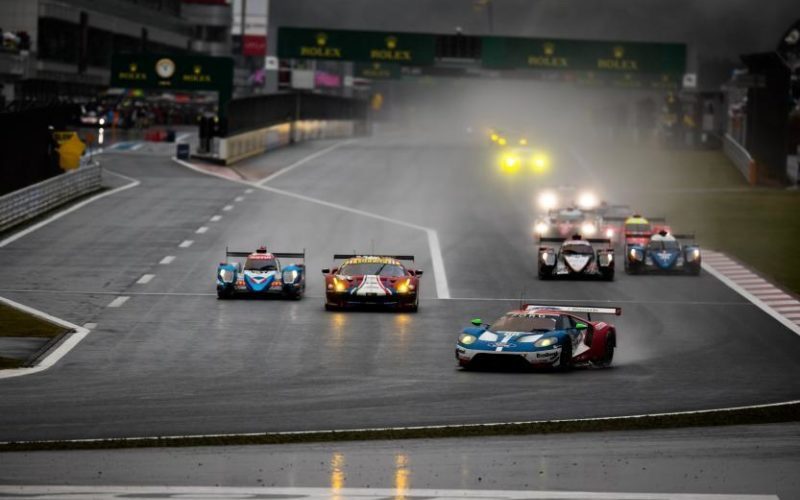 There was drama in GTE Pro, with the championship-leading #67 Ford GT of Andy Priaulx and Harry Tincknell experiencing a highly eventful six hours. The pair had been running in second at the end of the first hour, but Tincknell was given a 60-second stop/go penalty for exiting the pits while the red light was showing, which relegated the Ford back down the order.

Later, Priaulx made contact with one of the Porsche 911 RSRs and, shortly afterwards, lost control of his Ford at the first turn, landing in the barriers after serious contact with the barriers. The Ford Chip Ganassi Team UK mechanics managed to fixed the car up to finish the race, but the 0.5-point haul may cost the British pairing dearly in the fight for the inaugural FIA GT World Endurance Drivers Championship.

The race was won by the #51 AF Corse Ferrari 488 of James Calado and Alessandro Per Guidi, which overtook the #91 Porsche 911 RSR of Makowiecki/Lietz just before the second red flag. This marks Calado and Per Guidi’s third victory of the season and sees the Ferrari pairing soar to the top of the GT drivers’ championship. 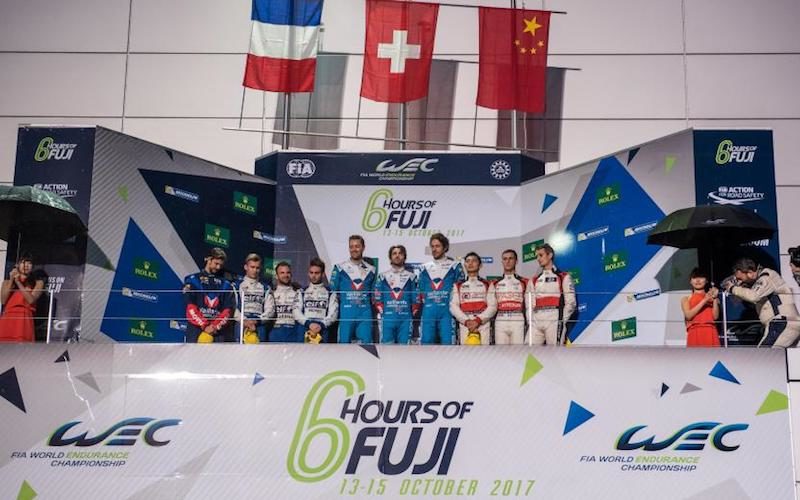 Victory in LMP2 went to the #31 Vaillante Rebellion of Julien Canal, Bruno Senna and Nicolas Prost, with the various stoppages and out-of-sync pit stops playing havoc with team strategy. The #36 Signatech Alpine Matmut car had also been in contention for the win at times, but Nicolas Lapierre, Gustavo Menezes and Andre Negrao had to settle for their fourth podium in four races in second. Third went to the championship-leading #38 Jackie Chan DC Racing car of Ho-Ping Tung, Oliver Jarvis and Thomas Laurent.

There was controversy, too, with the #24 CEFC Manor TRS Racing car of Jean-Eric Vergne making contact with the #13 Vaillante Rebellion of Mathias Beche just before one of the restarts on the start/finish straight. It was an unnecessary incident for which both drivers were punished post-race (Vergne with a suspended stop/go penalty and Beche with a warning), but just three corners later Beche appeared to misjudge a pass in traffic and sent himself careering into the barriers and retirement after contact with the CEFC Manor TRS Racing car. If that wasn’t enough, the #13 car – although a retirement – was subsequently disqualified due to a driver time infraction.

In GTE Am, Thomas Flohr, Francesco Castellaci and Miguel Molina took their first victory of the season for the #54 Spirit of Race Ferrari 488 after two podiums in the last three races. The #61 Clearwater Racing Ferrari finished second, while the championship-leading #77 Dempsey-Proton Racing Porsche 911 RSR rounded out the top three.