The #8 Toyota TS050 Hybrid of Fernando Alonso, Sébastien Buemi and Kazuki Nakajima secured victory at the opening round of the FIA World Endurance Championship 2018/19 Super Season at Spa. 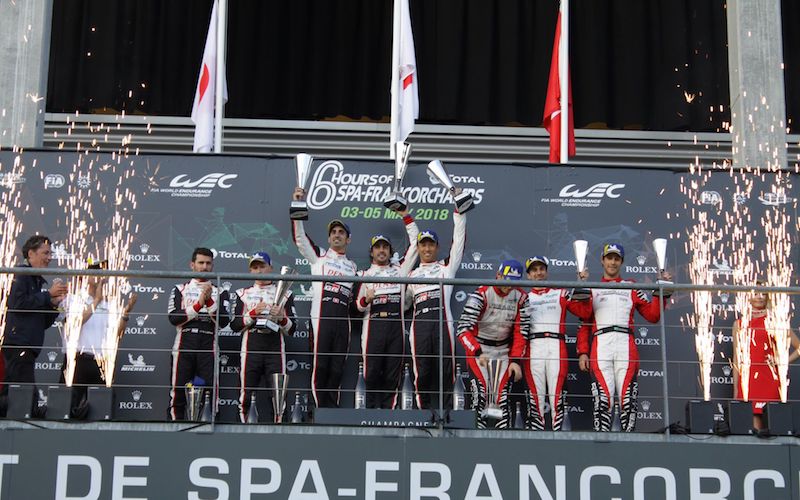 WEC debutant Alonso and his experienced teammates Buemi and Nakajima held out for the victory despite an impressive charge by the sister #7 Toyota TS050 Hybrid of Mike Conway, Kamui Kobayashi and José Maria López. The #7 car began the race from the pit lane and with a one-lap deficit due to a fuel flow infringement in qualifying.

The #8 car lead the field from the start, pulling away from the pair of Rebellion R13s and establishing a slight advantage. However, a series of safety car periods due to a number of serious accidents kept bunching the field back together in the first half of the race. 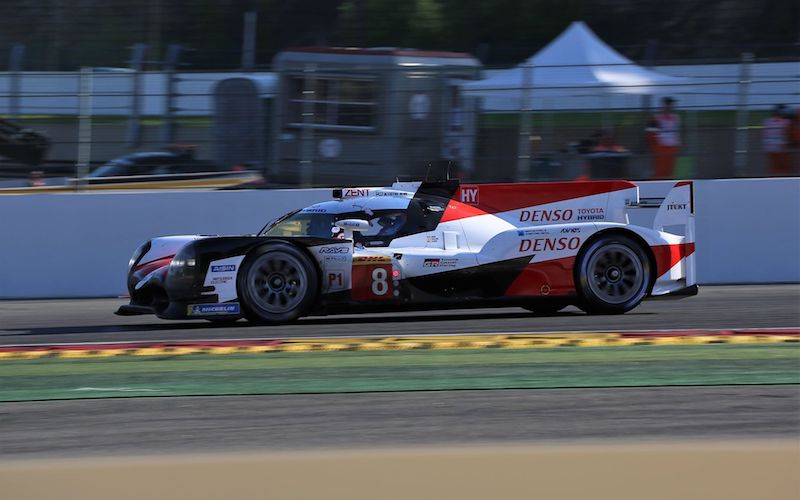 The Toyotas ultimately crossed the line to win the Six Hours of Spa two laps ahead of the third-placed #1 Rebellion R13 of André Lotterer, Bruno Senna and Neel Jani. The Rebellion crew had been at the head of the privateer field for most of the race before a technical problem forced them into the pits for an unscheduled stop.

The #17 SMP Racing BR1 inherited third place, but was caught and passed by Lotterer in the closing stages. A serious accident for Matevos Isaakyan in the #17 car then brought out the final safety car of the day, with the Russian driver fortunately to emerge unscathed after losing traction at the exit of Raidillon.

The #1 Rebellion R13 was subsequently disqualified by the race organisers due to an infringement relating to skid block wear, promoting the sister #3 car of Mathias Beche, Gustavo Menezes and Thomas Laurent to third position. 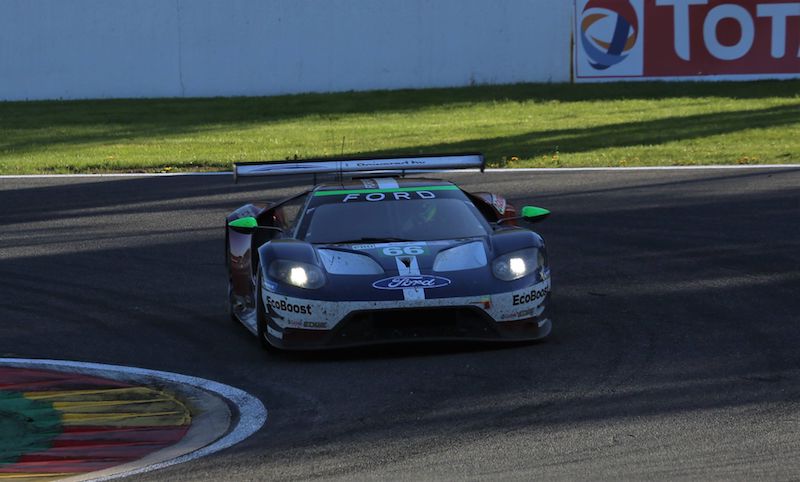 Ford secured victory in GTE Pro, continuing its impressive performance throughout practice and qualifying. The #66 car of Olivier Pla, Stefan Mücke and Billy Johnson was victorious ahead of the hard-charging #92 Porsche 911 RSR of Michael Christensen and Kevin Estre, after the Frenchman Pla had caught and passed the Porsche with just an hour of the race remaining.

The sister Ford of Harry Tincknell, Andy Priaulx and Tony Kanaan was not so fortunate, despite fighting for the leading positions in the early stages of the race. Harry Tincknell lost control of his Ford in the flat-out Eau Rouge / Raidillon section while closely following his teammate, careering straight on into the tyre wall and retirement. Fortunately, the British driver emerged unharmed.

Third position in GTE Pro went to the #71 AF Corse Ferrari 488 GTE EVO of Davide Rigon and Sam Bird. The #71 crew battled impressively against the Porsches and took over third position in the final fifteen minutes after a fully committed overtake by Rigon on the #91 Porsche 911 RSR at the final turn. 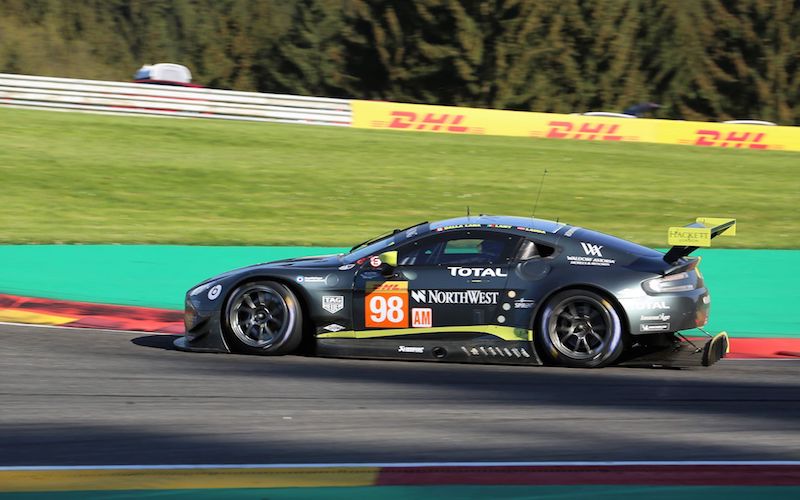 The #26 G-Drive Racing Oreca 07 was victorious in LMP2, finishing twenty seconds ahead of the #38 Jackie Chan DC Racing Oreca. The pole-sitting #36 Signatech Alpine Matmut came across the line in third place a further thirty seconds down the road.

One of the most exciting on-track battles of the race came in GTE Am, with the #98 Aston Martin Racing Vantage and the #90 TF Sport Aston Martin fighting hard for the race win in the final stages. Despite a number of last-ditch attempts by British driver Euan Hankey in the #90 machine, it was the #98 car of Paul Dalla Lana, Pedro Lamy and Mathias Lauda that came out on top. The #61 Clearwater Racing Ferrari 488 GTE finished in third position.

Lamborghini has announced that it will enter the Hypercar category of the FIA WEC from 2024 with a brand-new prototype car.