Toyota and Ford up front on first Prologue day

The FIA WEC 2018/19 Super Season officially kicked off this morning with the start of the two-day Prologue test, which gives teams and drivers the chance to put their cars under scrutiny for a full 30 hours around the Circuit Paul Ricard in France. 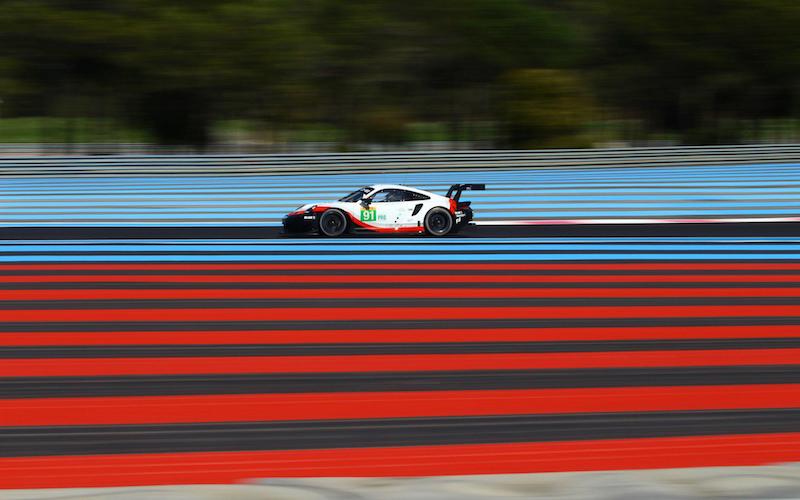 Honours in the first timed sessions of the season went to Toyota in LMP1, with both enjoying a significant amount of running throughout the day. With temperatures cool but warming over the course of the day, it was the #8 machine – running in high-downforce spec – that recorded the fastest time in the first few hours, a 1:32.662.

The sister Toyota, running low-downforce bodywork, appeared to be concentrating on long runs and completed the most laps of any LMP competitors on day 1. The fastest LMP1 privateer machine was the #11 SMP Racing BR1 AER, which posted a quickest time of 1:38.128. The sister SMP Racing car is fourth fastest so far, but none of the privateers were able to get within five seconds of the factory Toyotas.

The only car to experience significant issues in the first day’s running was the #5 CEFC TRSM Racing Ginetta, which finally got out onto the track towards the evening after mechanical gremlins had kept the car in the garage for most of the day.

GTE Pro was dominated on Friday by the pair of Ford GTs and the two Porsche 911 RSRs. The #91 Porsche was quickest, Richard Lietz posting the quickest lap of the day of 1:51.650. The pair of Fords completed 300 laps in total, and finished the session in second and third position and only 0.3 and 0.4 seconds behind the leading Porsche respectively.

The leader in LMP2 after the end of the first day’s running was the #31 DragonSpeed machine, with ex-F1 driver Pastor Maldonado posting the fastest time of the sessions – a 1:40.771. TDS Racing finished the session in second, while Signatech Alpine are third-fastest going into the nighttime session.

The test continues overnight, with the cars registered to run in the darkness able to continue. For the remainder of the field, the action re-starts at 9am tomorrow morning.