The FIA WEC’s annual press conference not only announced a bumper grid for the 2018/19 Super Season, another sixty-car line-up for this year’s Le Mans 24 Hours was also revealed. With all full-season WEC efforts guaranteed a spot on the grid, competition for the remaining spaces on the starting line for the endurance classic in mid-June were highly valued. 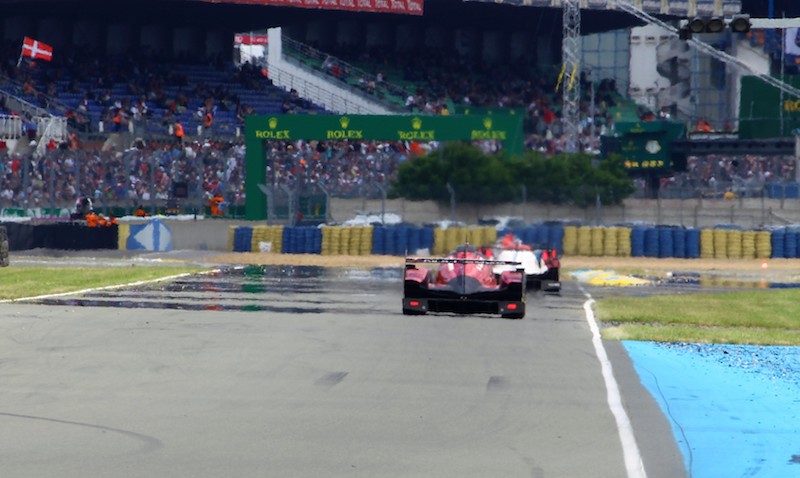 The first of the entries to be granted for the famous race are the automatic entries for past performance, such as class winners at the previous race and the champions of the ACO’s various regional series such as the European Le Mans Series and the Asian Le Mans Series. Last year’s class winners in LMP2 and P2 and P3 champions in the Asian Le Mans Series, Jackie Chan DC Racing, have taken up four of their five automatic entries (including the two from the two full-season WEC entries) – with two of the cars likely to be run by an as-yet unknown partner.

As expected, the LMP1 ranks will not be swelled in Le Mans, with Toyota having ruled out a third car some time ago and no other privateers submitting entries for the top category. In LMP2, however, the customary injection of LMP2 talent will see the car count increase from seven full-season WEC entries to twenty for Le Mans. ELMS provides most of the added talent, with recent competitors Panis-Barthez Competition, Algarve Pro Racing, SMP Racing, Graff Racing, IDEC Sport and Cetilar Villorba Corse once again joining the fray.

Arguably the most exciting additions to the WEC grid come in GTE Pro: Corvette Racing will be making their annual pilgrimage over to La Sarthe, while Ford’s two US-entered cars have been granted entries once again. Porsche’s North American GT programme will also be competing at Le Mans with two 911 RSRs. The only minor surprise is the addition of a third AF Corse machine piloted by Toni Vilander. Four works Fords against two factory Corvettes, three all-but-factory Ferraris, a pair of works BMWs, a quartet of works Porsche 911 RSRs and a factory Aston Martin squad looking to retain its Le Mans title with a pair of brand-new Vantages will make for one hell of a battle come June.

The GTE Am category will see the addition of four cars alongside the regular WEC entries, including Michelin Le Mans Cup champions Ebimotors and Proton Competition with a pair of Porsche 911 RSRs and the aforementioned JMW Motorsports and Keating Motorsports with Ferrari 488 GTEs.

Should any of the Le Mans participants pull out before the race week, a list of reserve entries has also been announced, who take the place of outgoing entries in the order in which they are listed. These reserves most notably include last year’s second-place GTE Am finishers Spirit of Race and 2016 GTE Am Le Mans winners, who took third position in 2017, Scuderia Corsa.