Free practice three got underway for the FIA World Endurance Championship in very wet conditions. With sleet and rain adding to the already wet circuit, conditions were far from ideal. 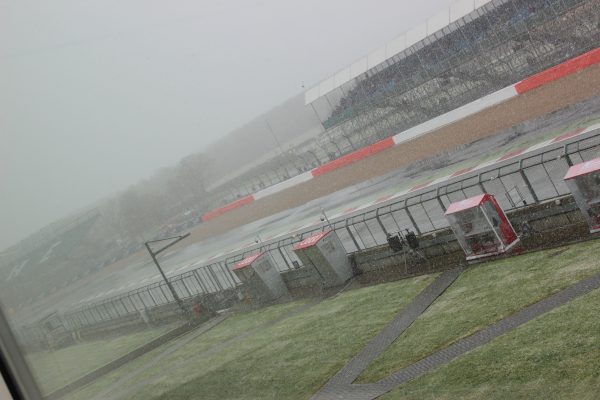 Anthony Davidson wasted no time getting out onto the circuit but struggled for grip. After running off the road at Luffield, the British driver then brought out the red flag when he aquaplaned off the track and into the gravel at Aintree corner.

A fellow Brit who attempted to brave the rain was Ford GT driver, Harry Tincknell. He completed the most laps of any driver in the shortened session, with a total of three.

On safety grounds, the session was not restarted.