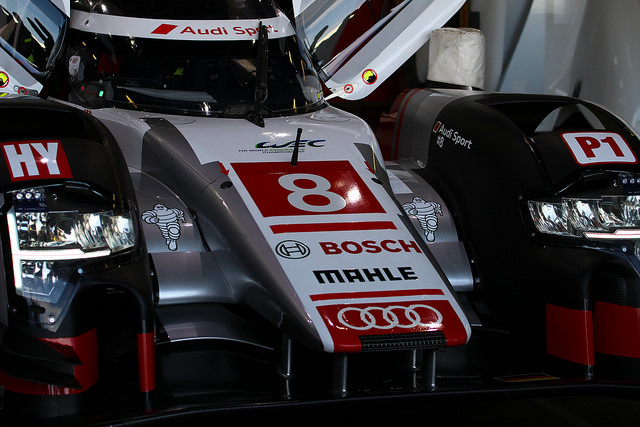 The FIA WEC heads to China this weekend for its penultimate round of the season at the Shanghai International Circuit. Earlier today saw the first two Free Practice sessions take place. WEC-Magazin takes a look at how they went and who has the best chances for pole tomorrow.

In the morning session, the Audis were quicker than their championship rivals, Porsche, with André Lotterer putting in the fastest time in LMP1 of 1:45.707. The sister machine finished second-fastest with Lucas di Grassi posting its quickest lap. Mark Webber finished the session with the third-fastest time.

Porsche then found some extra pace in the afternoon, beating Lotterer’s early benchmark. The Webber/Bernhard/Hartley trio lapped the Shanghai International Circuit in 1:45.111, two seconds quicker than the WEC lap record from 2013 held by Allan McNish. The #18 Porsche was closely followed by the second Porsche of Dumas/Lieb/Jani in the standings, with reigning champions and victors here at Shanghai last season, Toyota, lagging behind. 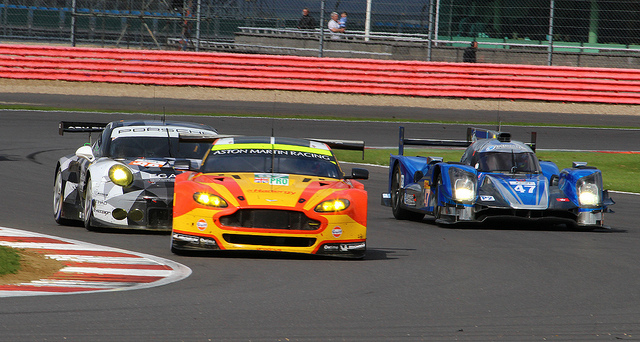 The quickest times in both sessions in LMP2 were recorded by the KCMG team. Championship rivals G-Drive racing were close behind in the early session, with Signatech Alpine posting the third-fastest time.

The second Free Practice saw the Signatech Alpine team go quicker than the G-Drive Racing cars, with KCMG out front. However, it was Gustavo Yacaman, Luis Felipe Derani and Ricardo Gonzalez in the #28 and not the championship leaders in the #26 machine who were third fastest.

In GTE-Pro, it was a similar story to LMP1. Porsche finished the morning in first and second places, before Ferrari bettered the German marque’s times in the afternoon. The Porsches and Ferraris seem very finely balanced in the run-up to tomorrow’s qualifying and it is likely to be an exciting fight for class pole.

GTE-Am was headed up by the SMP Ferrari, with the Larbre Competition Corvette securing the second-fastest time of the day.

The LMP2 cars stole the show in Portimão free practice as Glcikenhaus make competitive debut in the FIA WEC.

Toyota Gazoo Racing finally demonstrated some of its true pace at Spa-Francorchamps, topping the time sheets in the third of three free practice sessions for Saturday’s six-hour race.