Senna returns to WEC with RGR Sport by Morand 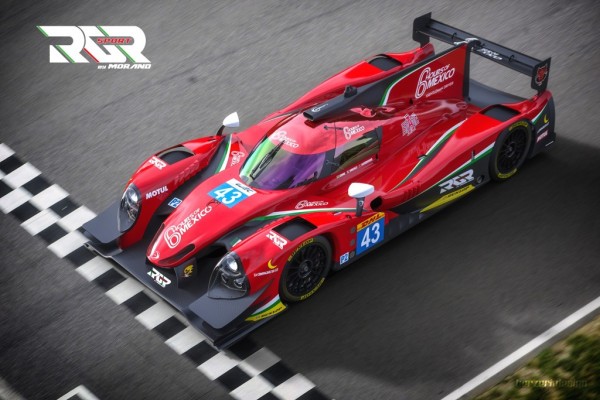 RGR Sport by Morand is the latest LMP2 team to lift the lid on its potential entry in the 2016 World Endurance Championship. The Mexican team is led by former G-Drive Racing pilot Ricardo Gonzalez and hopes to enter a Ligier JS P2-Nissan as a full-season entry, subject to confirmation at the annual ACO press conference in Paris tomorrow (5 February, 2.30 pm).

Morand spent the 2015 in partnership with SARD, but enjoyed limited success with an open-topped Morgan LMP2 Evo, scoring just one podium. The move to the Ligier JS P2 is a positive one, with the Onroak-built machine one of the fastest on the grid last year. The #43 machine will run in Mexican colours, ready for the WEC’s inaugural visit to Central America with the 6 Hours of Mexico City in September.

Partnering Gonzalez will be former F1 and Aston Martin works driver Bruno Senna and Audi factory driver Filipe Albuquerque. After a number of seasons with AMR, Senna spent 2015 racing in Formula E but was unable to make a major impression. Albuquerque has a wealth of experience at both LMP2 and factory LMP1 level, making the RGR Sport by Morand line-up one of the most formidable on the LMP2 grid.

“I want to thank Benoit Morand and Onroak Automotive for making this opportunity possible,” said Ricardo Gonzalez. “I really do believe that we’ve put together a dream team. I’m extremely proud to be carrying the Mexico colors and flag on my car, we will do everything in our power to make sure Mexico is at the top of the podium and that we make our people proud!”

“Not just as a business, but also because of the motorsports passion that everyone involved has shown,” said Morand team manager Benoit Morand. “I have not known Ricardo for a long time, but from the beginning our relationship has always been simple and fair and I’m really looking forward to working with him this year.”