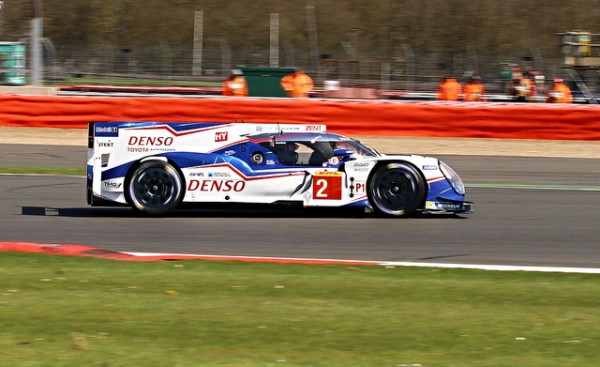 With Kamui Kobayashi moving into a full-time seat, Toyota were on the lookout for a new testing and reserve driver over the winter. The Japanese manufacturer appear to have found their man, and have other plans for him besides supporting the LMP1 effort.

The 21-year-old Japanese driver Ryo Hirakawa is the new test and reserve driver at Toyota Gazoo Racing. The promising talent has won titles at Japanese Formula 3 level and already excelled in Super GT, winning for Lexus Team KeePer TOM’S at the 2015 season-opener at Okayama – in only his third start in the series. Another victory came at the season finale at Motegi, and Hirakawa is set to contest the 2016 Super GT season once again for Lexus alongside Brit James Rossiter.

Hirakawa was given the opportunity to test the TS040 LMP1 machine last season, and evidently impressed the Toyota Gazoo Racing team. Now, Toyota are looking to follow the lead of Audi and Porsche and place their most promising young driver in a LMP2 team. Hirakawa will race in the European Le Mans Series and the 24 Hours of Le Mans with perennial LMP2 contenders Thiriet by TDS Racing and gain valuable experience of the European prototype racing scene.

Thiriet by TDS Racing only just missed out on the ELMS title last season, finishing short of the Greaves Motorsport Gibson 0155 by just two points despite winning two races. Hirakawa will partner Frenchman Pierre Thiriet and Matthias Beche in the Oreca 05 Nissan and is set to run his first laps in the car at The Prologue in two weeks’ time.