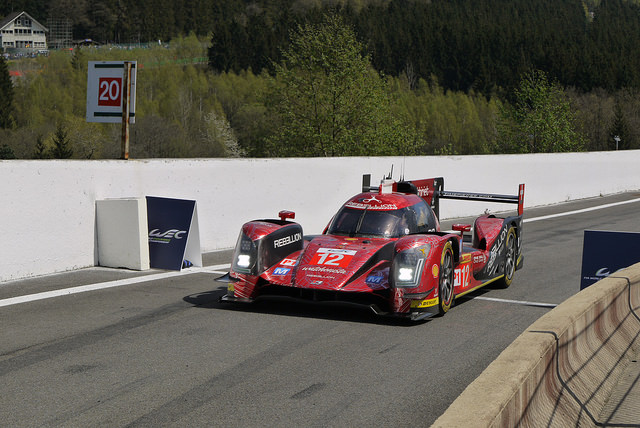 Next year sees the arrival of brand-new regulations in LMP2, as well as revised rules in the LMP1 privateer class. The majority of the new LMP2 regs are already in place, but the future of the LMP1 privateer class is far from certain. Rebellion Racing is keeping a watching brief in terms of its future plans and is awaiting the new ruleset before committing to the WEC long term.

The LMP1 privateer class has arguably been the one weak point of the World Endurance Championship since its inception in 2012. Lower costs and similar opportunities in the LMP2 class attracted more and more teams and drivers, leaving a void in the traditionally strong LMP1 privateer field.

The new LMP2 regs prohibit in-house development and stipulate a spec engine from 2017, with teams choosing chassis from four approved manufactures. One of the (unofficial) aims of the controversial new regulations was to perhaps tempt a handful of LMP2 squads back into LMP1 privateer, such as SMP Racing or Strakka Racing. So far, this has failed to happen, although a number of current LMP2 teams retain a major interest in the LMP1 sub-category.

The new LMP1 privateer regulations could tempt Rebellion Racing, too, but there are a number of other options open to the Swiss-entered team, as team principal Bart Hayden told sportscar365.com: “I wouldn’t like to guess which way it’s going to go at the moment. There’s still an interest to go racing in both the US and Europe.”

“Ultimately it will come down to where we think we’re going to get the best racing and return on investment from exposure,” said Hayden. “WEC has a good story because it’s a world championship and that’s marketable. But if you’re not driven completely by marketing goals, then your motivation comes more from the racing side. Then the appeal perhaps comes more from the US.”