The #1 Rebellion R13 topped the timing sheets in the third and final free practice session ahead of tomorrow’s 6 Hours of Spa-Francorchamps. Swiss driver Neel Jani registered the fastest time of the one-hour session, a 1:57.120, some eight tenths faster than the second-fastest #7 Toyota TS050 Hybrid. 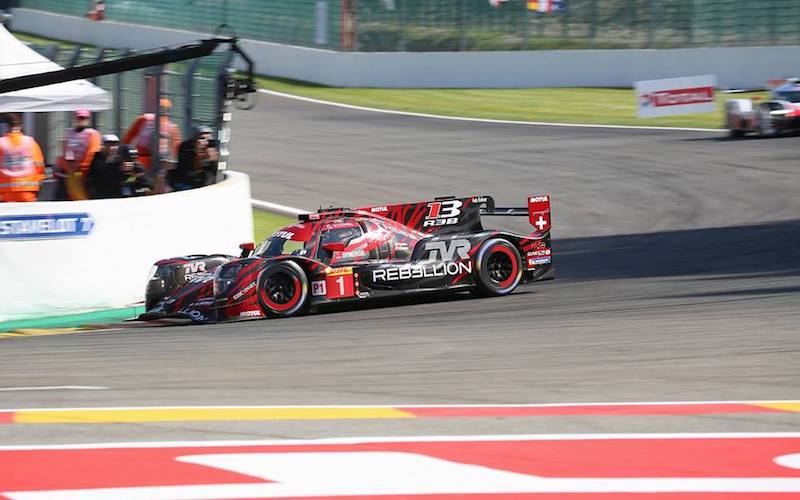 Jani’s time was the fifth fastest across all free practice sessions, demonstrating that Rebellion Racing have evidently put together an excellent package and that the former Porsche works driver is clearly still one of the fastest prototype drivers around.

The fastest time in GTE Pro was recorded by Andy Priaulx in the #67 Ford Chip Ganassi Team UK Ford GT. Priaulx’s 2:13.693 was 0.6 seconds faster than the fastest time recorded by Tom Blomqvist in the #82 BMW M8, whose 2:14.255 was the fourth fastest time of the three free practice sessions and suggests that the BMW Team MTEK crew may have some pace for the race itself.

Pastor Maldonado made it three out of three in free practice for the #31 DragonSpeed Oreca 07, setting the fastest lap time of FP3 as he had done in the first two sessions. Jean-Eric Vergne set the second-fastest time of the session for the #26 G-Drive Racing Oreca 07, just two tenths behind Maldonado. Third position went to the Tung/Aubry/Richelmi #38 Jackie Chan DC Racing Oreca 07.

As in the previous two free practice sessions, Porsche headed the timing sheets in GTE Am. This time, the fastest lap was set by Matt Campbell in the #77 Dempsey Proton Racing Porsche 911 RSR. Matteo Cairoli was second fastest in the sister #88 Dempsey Proton Racing machine, while the #90 TF Sport Aston Martin Vantage was third fastest.