The second session of qualifying at Le Mans was practically a wash-out, with rain coming in from the north after just 20 minutes of running. Only seven cars went on to improve their times from Q1, most of which in LMP2. 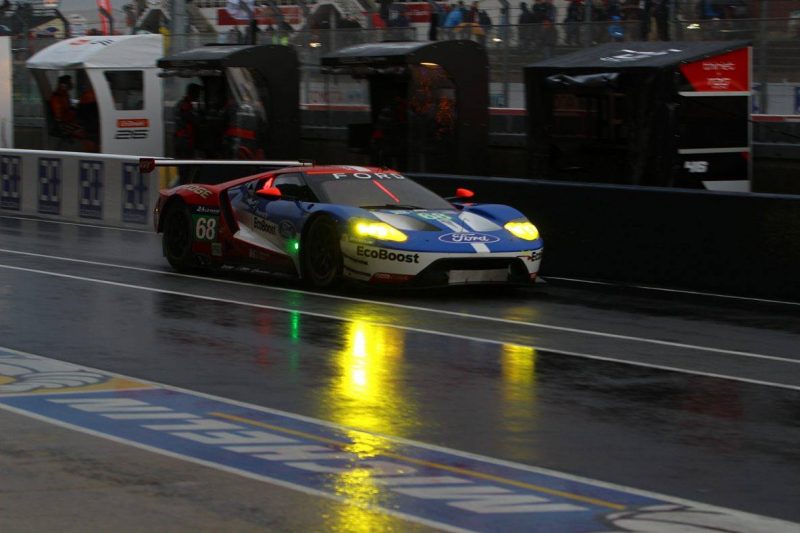 Brendon Hartley in the #1 Porsche 919 Hybrid recorded the quickest time of the session, a 3:23.307, with the #5 Toyota Gazoo Racing machine in second position around one second behind. With no one-lap runs possible in damp conditions, all LMP1 teams focused on gathering data and set-up information for the race – with rain on Saturday a real possibility.

There was good news at ByKolles, with the CLM P1/01 being successfully repaired overnight by the mechanics after suffered fire damage in FP1. It recorded its first timed laps of the race, with Pierre Kaffer handling the driving duties and recording a fastest lap time of 3:34.168.

It was also status quo in LMP2, where the #26 G-Drive Racing Oreca 05 remains on provisional pole. There were some issues for other LMP2 machines, including spins for the #22 SO24! by Lombard Racing Ligier, the #40 Krohn Racing Ligier and the #23 Panis-Barthez Competition Ligier as the teams tried to find the limits.

The #28 Pegasus Racing, #37 SMP Racing, #25 Algarve Pro Racing, #41 Greaves Motorsport and #22 SO24! by Lombard Racing cars all managed to improve their times compared to Q1 before the rain came.