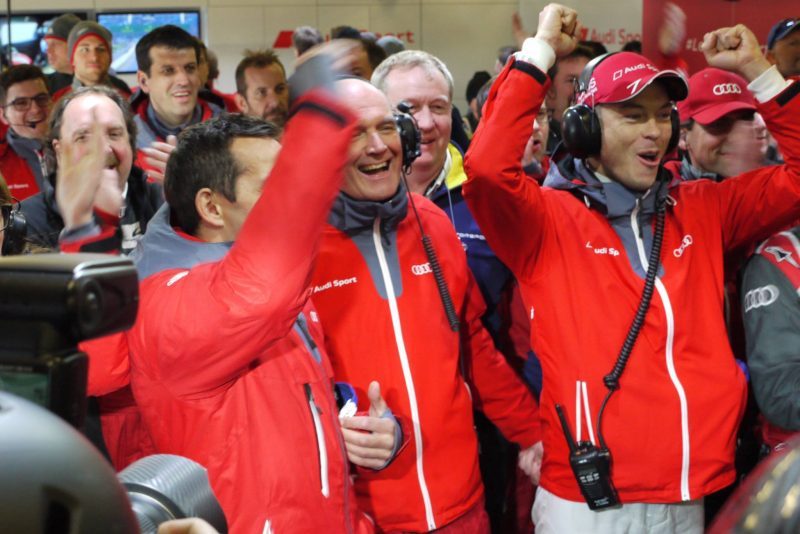 The race-winning #7 Audi R18 of Benoit Tréyuler, André Lotterer and Marcel Fässler has been excluded from the 6 Hours of Silverstone after failing post-race scrutineering. The #2 Porsche 9191 Hybrid of Neel Jani, Romain Dumas and Marc Lieb therefore inherits the win at the WEC curtain-raiser.

As the chequered flag flew just after 6.00pm local time at Silverstone yesterday evening, Audi appeared to have recorded an impressive victory over Porsche in a wild six-hour race around the Silverstone circuit. But in post-race scrutineering, in which the WEC’s technicians run the rule over the finishing cars, the #7 Audi was found to have excessive wear on its front skid plank.

The scrutineers excluded the Audi prototype as a result, promoting the #2 Porsche to first position and the #6 Toyota Gazoo Racing TS050 of Kobayashi/Conway/Sarrazin to second. Perhaps more importantly, the result means that Rebellion Racing finished third overall, their first ever top-three finish in the FIA World Endurance Championship. The only disappointment for Bart Hayden and his Rebellion team will have been the missed chance to celebrate on the overall podium.

Audi Sport Team Joest have appealed against the ruling.