The weather once again dominated proceedings in the third qualifying session for the 2016 24 Hours of Le Mans. The session began in damp conditions, but a full-on deluge hit the track after just 15 minutes. However, a respite from the rain and a drying track meant that at least some running was possible in the final Le Mans qualifying session. 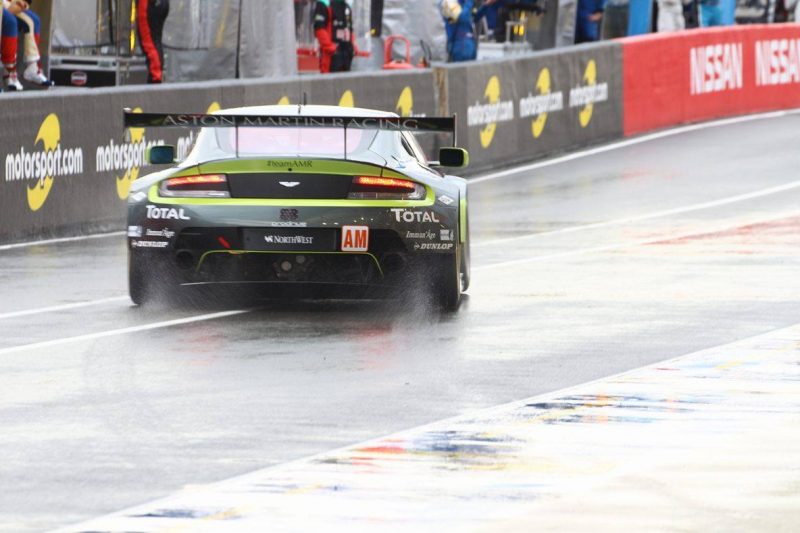 Race Director Eduardo Freitas responded to a number of serious moments for various cars, including a spin for the #60 Formula Racing Ferrari F458 Italia on the start/finish straight. The red-flag period lasted for a good hour, before the rain ceased and the track began to dry.

The rain stopped with 45 minutes of the two-hour session remaining, with the majority of cars returning to the circuit to gather data for wet running. the #4 ByKolles Racing Team spent the remaining green-flag period cycling through their drivers, all of whom still had to complete the mandatory five night laps around the Circuit de la Sarthe after missing yesterday evening’s Q1.

With no improvements on yesterday’s sessions, Porsche will start the 24 Hours of Le Mans from pole for the second successive year. In LMP2, the pole sitter is the #26 G-Drive Racing Ligier. Ford have locked out the front row in GTE Pro, with the #68 car starting from pole from the #69 machine. In GTE Am, the #61 Clearwater Ferrari F458 Italia will start the race from the front of the grid.