Tomorrow sees the much-anticipated kick-off to the FIA WEC Super Season 2018/19. The official test, the Prologue, gives teams the chance to conduct all the testing they require within a 30-hour period. The cars have gone through the scrutineering tests and are ready to hit the track tomorrow. We have put together the key information about the Prologue so that you can follow the action. 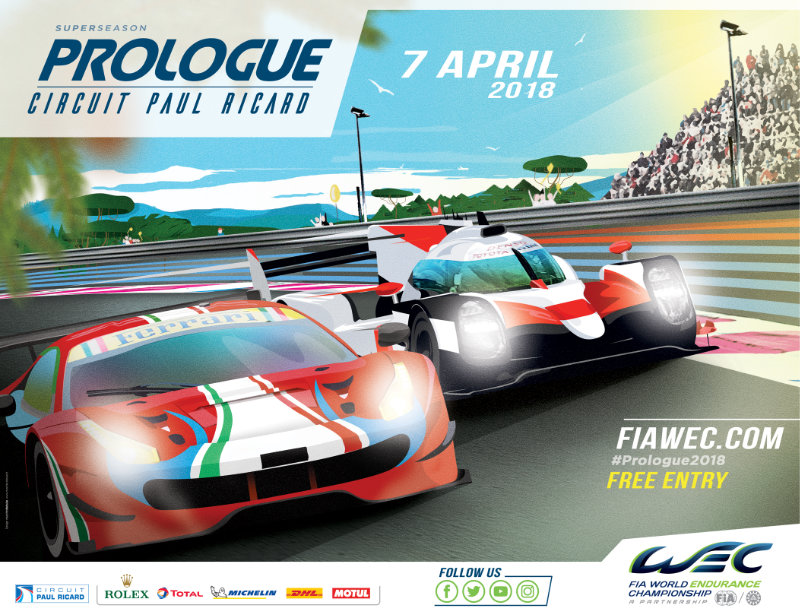 The starter list for the Prologue is just as impressive as any race during the season. 35 cars are set to take part, with every competing team present with at least one car. Many teams are also taking the opportunity to prepare for the 24 Hours of Le Mans, with the track open all night for extensive overnight running. Other teams will be taking part in the daytime sessions only, which begin at 9am on each day.

This year Porsche is taking over this function after Audi provided the official FIA WEC safety cars for many years. During the prologue, the officials presented the new models for the Super Season and the Le Mans 24 Hours.

What we know so far about the new Le Mans Hypercar category, which is set...

Toyota Gazoo Racing picked up a one-two at the 8 Hours of Bahrain, but it...

Rebellion had the edge over Ginette and Toyota in qualifying for the 8 Hours of...

Rebellion Racing secured victory at the 4h Shanghai ahead of the pair of works Toyotas....

Keep up to date with our news feeds! Subscribe for free and get every post displayed in your favorite app.

Now you can listen to WEC-Magazin! Every month we will publish the latest episode of our German podcast and prepare you for the upcoming round.

Click here for more information about the WEC Magazine Podcast