Porsche strike back in Fuji FP2 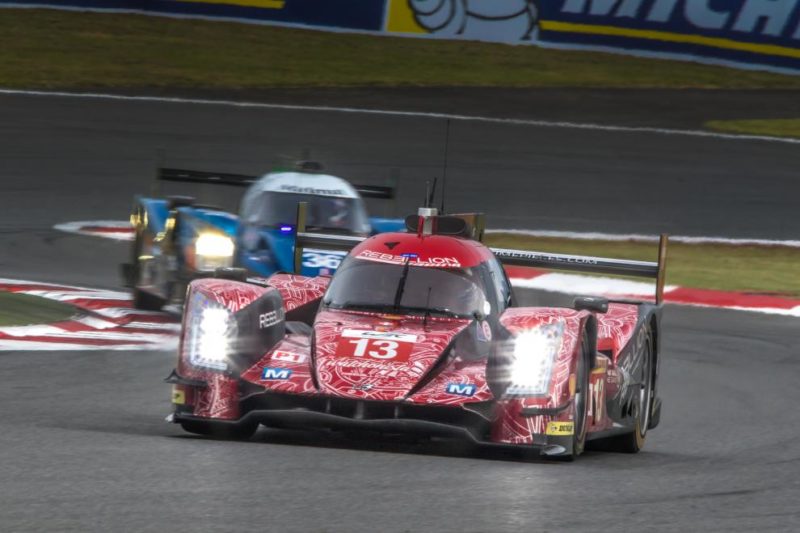 Porsche struck back in the second free practice session for the 6 Hours of Fuji on Friday afternoon, with Mark Webber setting the fastest time of the session in the #1 Porsche 919 Hybrid of 1:24.074, some nine tenths down on his nearest competitor.

Oliver Jarvis was second fastest in the #8 Audi R18, while André Lotterer went third with a 1:25.000 in the sister #7 car. The session was red flagged after just ten minutes of running, with the #7 car making contact with the #86 Gulf Racing Porsche and slamming into the crash barriers on driver’s left. The Audi limped back to the pits for repairs and continued the session. In the LMP1 privateer class, the #13 Rebellion Racing crew once again had the upper hand over ByKolles, going around nine tenths quicker during the 90 minutes.

LMP2 honours went to RGR Sport by Morand and Portuguese driver Felipe Albuquerque, who was eight tenths quicker than the fastest driver in FP1, Alex Brundle. Championship leaders Signatech Alpine languished down in seventh position and will have to step come raceday to stop the hard-charging RGR Sport crew.

Ford topped the timesheets in GTE Pro once again, but this time it was the turn of the #66 car of Stefan Mücke and Olivier Pla to post the fastest time. The top three was rounded off by the two AF Corse cars, who once again bettered the Aston Martins.

The quickest time in GTE Am went to the #98 Aston Martin Racing car of Paul Dalla Lana, Matthias Lauda and Pedro Lamy, with the Portuguese driver posting the fastest time of the session. The #50 Larbre Competition Corvette C7.R finished the session in second, one place higher than in FP1 and only two tenths down on the Aston.