There was not a car that could not or should not have won in Meixco. Porsche however were the lucky ones. For all of the controversy in LMP1 however, LMP2 got the fairy tale win for RGR Sport on home soil. 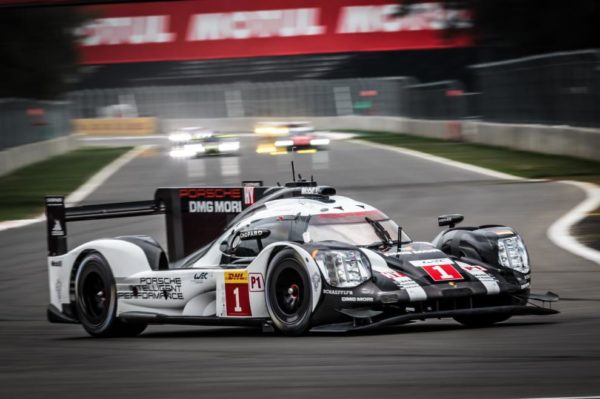 The second half kicked off with a spin for the Larbre Competition Corvette at the final corner after Wolf Henzler tapped the American machine around. That somewhat set the tone for what was to come.

A lap later Mediani in the #27 SMP BR-01 turned over the front of the same Corvette in the stadium section which caused yet another spin in what was turning out to be a very busy section of track.

There was drama at the front of the field when the leading #1 Porsche then picked up a drive through penalty for crossing the pit entry line. However this did not seem to set back a very fast Brendon Hartley. Within a matter of laps the Kiwi re-passed the #2 Porsche and closed the lead gap to Loic Duval down.

With half an hour gone into the fourth hour Brendon Hartley made the move into an increasingly wet stadium section, which worked perfectly for Porsche, as the Audi of Duval got stuck behind the Corvette which held it up the Audi onto the main straight and helped Porsche build it’s lead.

A lap later Audi once again found it’s #8 car under pressure from a Porsche as yet more traffic slowed the Audi. Despite Duval defending hard, it was not enough to keep their championship rivals at bay, making it a Porsche one-two, as the rain began to fall more and more.

Toyota were the first LMP1 team to jump onto the full wets shortly followed by the two Porsches, however Duval stayed out in the Audi for one extra lap than the others. However, the #8, which was taken over by Oliver Jarvis in the stop, only put on the  tyre, rather than the full wets of it’s rivals.

However, on his first full lap Oliver Jarvis had a fast accident at the end of the main straight. On the radio the British driver reported that he hit the brakes early and that something broke on the car. It was later reported that the accident was caused by a left front wheel bearing failure. Despite the large impact, Jarvis got the Audi R18 e-tron quattro back to the pits.

This accident was made doubly frustrating for Audi as their slick-intermediate call was the right one. Andre Lotterer proved that as he was going four seconds a lap faster in his #7 Audi, which had already suffered due to miss fortune at the start of the race. It was a case of what could have been for the leading Audi in the championship. 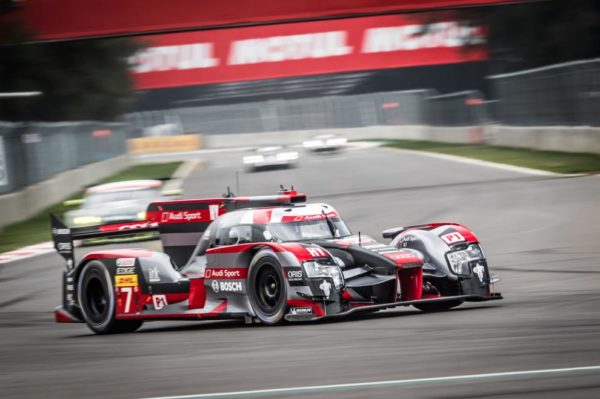 Lotterer’s pace continued into the rain with blistering pace taking time by the bucket load in the #7 Audi. By the fifth hour the Audi was back on the lead lap.

The #95 Aston Martin lost out as well at the end of the hour after slipping onto the curb and off the track and into the wall at turn 6.

Despite loosing pace, Porsche led out of the fourth hour, now in first and second due to the dramatic exit of the #8 Audi. Amazingly, Lotterer made it the #7 Audi in third, after making up over 67 seconds in just under 30 minutes. G-Drive led the LMP2 class ahead of the #36 Alpine and the RGR car in second and third respectively.

GTE-PRO looked different for the first time this race, however it was still Aston Martin heading the pack. The #97 car led ahead of the #51 Ferrari 488 being driven by James Calado. The #67 Ford with Andy Priaulx driving sat third in class. The battle scared #95 car dropped to fifth.

The hour opened with Porsche pitting for new rear body panel after loosing it to the second place LMP2 car at the end of the previous hour. This furtehr promoted the #7 Audi of Andre Lotterer up to second place.

15 minutes after the accident for the #8 Audi, the Joest team had fixed and re-joined the race with Oliver Jarvis back behind the wheel. However he spun almost immediately into turn one, before reporting on the radio that there were no front brakes despite the repairs. He once again brought the car back to the pit garage.

Soon after, the #1 Porsche went into the pits from the lead of the race to put on the slick-intermediate tyres that had been working so well on the Audi. This handed the lead to the #7 Audi.

Toyota then took a piece of the action as Stephane Sarrazin made a move on Marc Lieb which put the Frenchman into third place overall. However, a couple of laps later both cars pitted, and the Porsche nipped back ahead of the Toyota. The Porsche switching from wets to slick-intermediates, and the Toyota on full slicks.

Audi then pitted the #7 car from the lead, which put the #1 Porsche back into the lead, however, the slick-intermediate was on the Porsche, and the full slicks were on the Audi.

Back in the battle for third, Stephane Sarrazin made it back past the #2 Porsche, now with Neel Jani in control. The Toyota helped by being on the slick tyres on the ever dryer track. 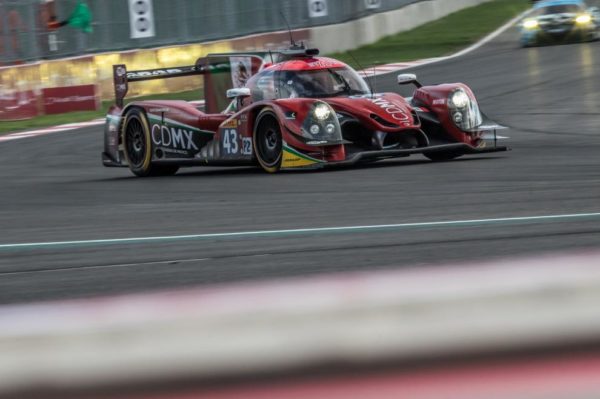 LMP2 saw drama before the hour was out as the #36 Alpine scored a drive though penalty for a pit stop infringement, which handed second in class to the home favorite RGR Sport team.

At the same time the #95 Aston Martin remarkably made it back up to third in GTE-PRO after its crash under an hour ago after getting past the #71 AF Corse Ferrari. 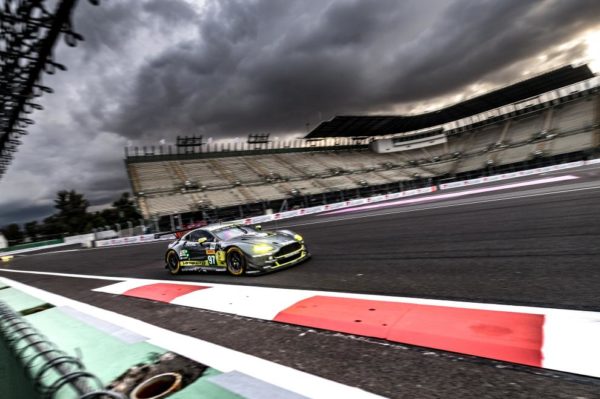 With just over an hour to go Lotterer was storming up to the back of Timo Bernhard when heading into the stadium section the Belgian locked up the front wheels and went straight on, glancing the barrier on drivers right in the process, which added 30 seconds to the #7 cars gap to the leader. It got worse a lap later when the #7 Audi was forced in due to flat spotted tyres.

The dramatic hour ended with the #1 Porsche leading ahead of the #6 Toyota. Audi’s #7 was in a frustrating third after a mistake from Lotterer lost the car 30 seconds, before being forced in to the pit lane.

The #26 G-Drive Oreca led the way in the LMP2 class ahead of the RGR Ligier. The #36 Alpine dropped to third after it’s drive through penalty.

The #51 Ferrari was the meat in the Aston Martin sandwich in GTE-PRO. The #97 car continued to lead with the #95 Aston recovered back up to third. GTE-AM saw a change which favored Ferrari. The #83 AF Corse entry led the class into the final hour with KCMG’s Porsche in second ahead of the Abu-Dhabi Proton Competition Porsche in third.

It was a tense final hour in the inaugural 6 Hours of Mexico. It was a waiting game to see who needed a final splash and dash and when they would take it.

But the drama came with 33 minutes to go. The leading #26 G-Drive car had a front right brake fire which caused a spin for the Oreca, and let the home RGR Ligier take the lead to the delight of the home fans.

With 15 minutes remaining, the rain returned to the circuit which meant when the #7 of Lotterer pitted with 13 minutes on the clock for his final splash, he also put on a set of intermediate tyres which set the race alight in the final stages.

There was a fear of a full course yellow at the end after the Larbre Competition Corvette finished the race fifteen minutes early at the stadium section, and in the wall. Timo Bernhard almost did the same into the final corner on his slick tyres. The German however managed to keep the 919 Hybrid out of the wall, just. This all, as well as the rain just holding off until the slow down lap, meant it was victory for Porsche in Mexico.