Last week’s annual “Night of Champions” gala in Weissach, Germany, saw Porsche recognise its success in the 2015 season. It also proved to be the perfect opportunity to announce its intentions moving forward, with Porsche CEO Dr. Oliver Blume lifting the lid on Porsche’s 2016 plans.

The reigning WEC constructors’ championship and Le Mans winners will again enter two revised Porsche 919 Hybrids in the LMP1 category. Timo Bernhard, Brendon Hartley and Mark Webber (#1 car) will continue their successful partnership, as will Romain Dumas, Neel Jani and Marc Lieb in the #2 car. The updated 919 Hybrid is due to debut on track at the WEC Prologue in Paul Ricard, France, on 25 March.

Pressure to cut costs in the wake of the Volkswagen emissions scandal has seen Porsche and sister marque Audi agree to run just two cars at the 24 Hours of Le Mans instead of the now-customary three. As a consequence, Nick Tandy and Earl Bamber will evidently be unable to defend their Le Mans title, with Nico Hülkenberg already otherwise engaged at the Formula 1 grand prix in Baku.

Porsche’s on-track success in 2015 wasn’t just limited to LMP1, either. They also took the constructors’ and drivers’ titles in GTE Pro with the 911 RSR. However, it is the Porsche GTE effort which is seeing the greatest shake-up. The two factory-entered, Manthey-run cars are gone (set to return in 2017, without Team Manthey), replaced by a Proton-Dempsey-run, works-backed machine in the hands of reigning drivers’ champion Richard Lietz and Michael Christensen. The pairing will be joined by Wolf Henzler for Le Mans. Proton Dempsey Racing make the step up to the Pro class after fielding two GTE Am cars last season, one with Dempsey Racing and one with Abu Dhabi racing, and will undoubtedly be able to rely on extensive works support. 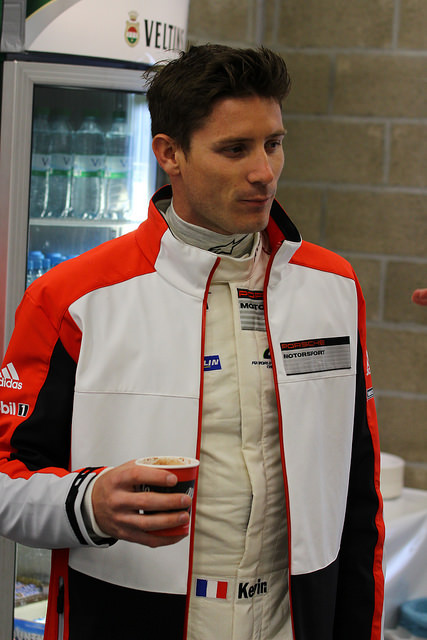 Porsche also confirmed the addition of young French driver Kévin Estre to its driver ranks. Estre has a wealth of experience in Porsche Cup competitions around the world and was behind the wheel of a 911 RSR for the 6 Hours of Spa back in spring 2015, finishing third. The German marque intends to gain an additional two spots at the 24 Hours of Le Mans for its two factory-entered Porsche 911 RSRs running in the 2016 WeatherTech SportsCar Championship in the US. “We would be very pleased to receive confirmation from the ACO,” said Head of Porsche Motorsport Dr Frank-Steffen Walliser.