Easter Saturday saw the FIA World Endurance Championship’s teams and drivers given the chance to put their new 2016 hardware through their paces in day two of The Prologue at Circuit Paul Ricard.

Porsche once again showed the strength of their updated 919 Hybrid, topping the timesheets in LMP1 with a fastest lap of 1:37.886 around the 5.8km circuit. Just four tenths behind the leading Porsche was the #5 Toyota TS050 of Mike Conway, Stéphane Sarrazin and Kamui Kobayashi, which showed impressive pace throughout the weekend after last year’s travails. The #7 Audi rounded off the top three, with the #13 and #12 Rebellions 4.5 seconds down on the Porsche.

In LMP2, Signatech-Alpine recorded the fastest time in the cool morning conditions, with new man Gustavo Menezes posting a 1:49.974 on lap 8. G-Drive Racing put in 81 laps in the morning session alone, and were rewarded for their efforts with second place on the timing sheets, just over half a second down on the Alpine A460.

GTE Pro was a story of Ferrari domination, with the two AF Corse machines finishing almost a second ahead of the nearest challengers. The #71 just had the edge on the #51 car, posting a fastest lap time of 1:58.064 on lap 14 of the 34 it ran in the session. Ford continued their positive performance with third and fourth positions in the session.

Porsche came to the fore in GTE Am, with the #86 Wainwright/Carrol/Barker Gulf Racing machine finishing the session in first position. The #83 AF Corse machine with three tenths down in second place, with the Abu Dhabi-Proton Porsche rounding out the top three. 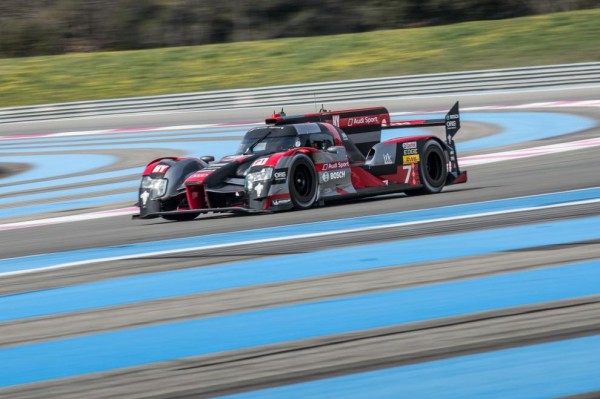 Audi’s new R18 was put through its paces at Le Castellet, but was unable to match the Toyota and the Porsche.

Porsche continued their domination in the afternoon session, posting the fasting time of the weekend (1:37.445) in dry and warmer conditions. Once again it was the #5 Toyota in second position, followed by the single Audi, the Rebellions and the ByKolles machines. Brendon Hartley was the man to set the fastest time, but overall times were slower than 2015, perhaps reflecting the ACO’s attempts to slow down the high-tech LMP1 machines.

LMP2 saw G-Drive take the top spot, posting a fastest lap of 1:47.696 on lap 57 of a total of 59 in the session. The Manor Oreca finished second, just 0.6 seconds down on the G-Drive car. The Baxi DC Racing Alpine of David CHeng, Ho Pin Tung and Nelson Panciatici finished the session in an impressive third.

GTE Pro saw Ford top the timesheets for the first time, with the #67 car of Andy Priauxl, Marino Franchitti and Harry Tincknell outpacing the #71 Ferrari 488 just two tenths of a second.

In GTE Am, the Gulf Racing Porsche was once again the star of the field, but was unable to better the Larbre Competition Corvette’s fastest lap time from day one. 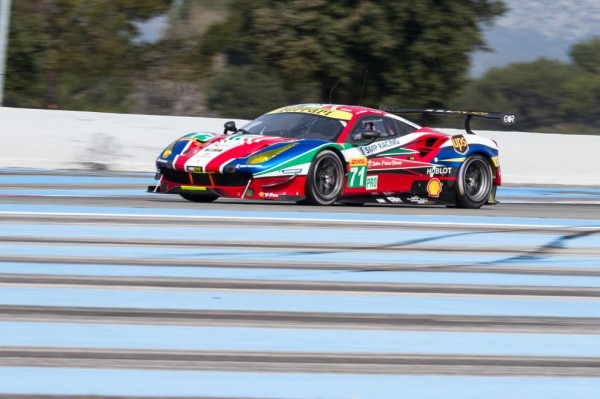 The Ferrari 488 was the star of the field in The Prologue, but was unable to match the Ford GTs in the afternoon.