Porsche took overall pole in Friday’s qualifying session for the Six Hours of Spa-Francorchamps, while Ferrari locked out the top row in GTE Pro. 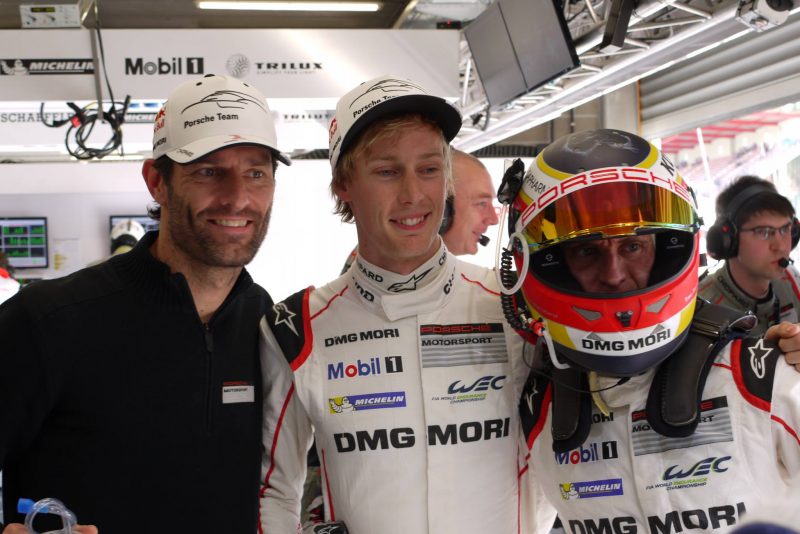 The #1 Porsche 919 Hybrid of Bernhard/Hartley/Webber recorded the fastest average lap time of the 25-minute qualifying session of 1:55.793 in dry, sunny conditions at the Circuit Spa-Francorchamps. The #2 machine of Dumas/Jani/Lieb finished the session in second, but was some seven tenths down on its sister car. Third position was secured by the #6 Toyota TS050 of Mike Conway, Kamui Kobayashi and Stéphane Sarrazin, but their average lap time was almost two seconds down on the leading Porsches.

An eventful LMP qualifying session was interrupted by a red flag after ten minutes caused by debris at the exit of Eau Rouge. The bodywork belonged to the #4 ByKolles CLM P1/1, which had made contact with one of the Rebellion machines into La Source, damaging its left rear section. The two Rebellions took a one-two in the LMP1 privateer class, with the ByKolles machine finishing third after repair work in the garage.

In LMP2, pole went to the hard-charging #26 G-Drive Racing Oreca of Nathaneal Berthon, Rene Rast and Roman Rusinov. Rast was by far the quickest driver in the field, recording a fastest lap time almost half a second quicker than his nearest challenger, Nelson Panciatici in the #35 Baxi DC Racing Alpine A460. It was the sister Alpine, the #36 car, that finished the session in second position, with the #45 Manor Oreca of Richard Bradley, Roberto Merhi and Matt Rao in third place. 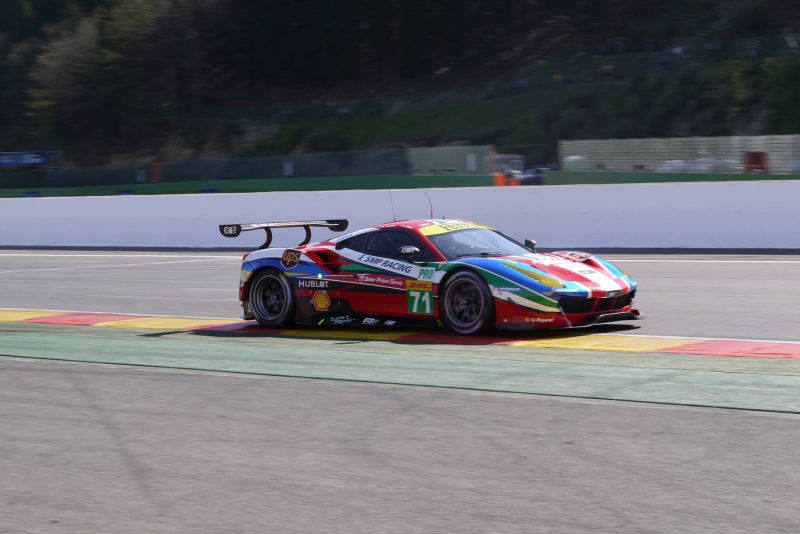 Ferrari continued their strong Silverstone showing in Spa by locking out the front row in GTE Pro. Pole went to GTE Pro class winners at Silverstone, the #71 AF Corse machine of Sam Bird and Davide with a fastest average lap time of 2:17.644. Three tenths back was the sister car of Gianmaria Bruni and James Calado, which recorded a fastest average time of 2:17.961. Aston Martin Racing rounded off the top three in GTE Pro, with the #97 car of Johnny Adam, Fernando Rees and Richie Stanaway.

In GTE Am, the #98 Aston Martin Racing Vantage V8 of Dalla Lana/Lamy/Lauda took the pole position ahead of the #83 AF Corse Ferrari 488 of Rui Aguas, Emmanuel Collard and Francoise Perrodo. Khaled Al Qubaisi, David Heinemeier Hansson and Patrick Long will start from third on the grid in the #88 Abu Dhabi Proton Porsche 911 RSR.