In the first two free practice sessions for the 6 hours of Shanghai this weekend, the defending world champions Brendon Hartley, Mark Webber and Timo Bernhard put their names at the top of the time sheets. In the GTE-Pro class Ferrari had a strong showing in both sessions. 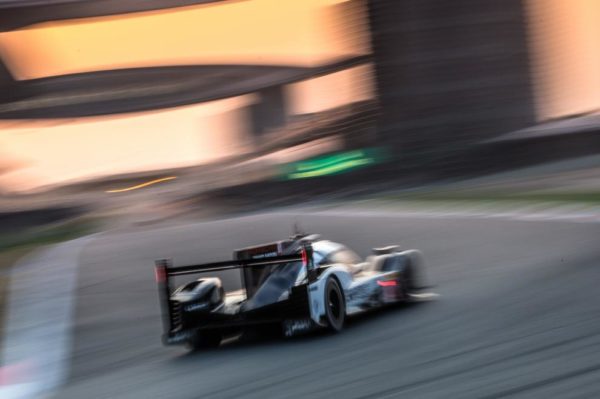 After the close race in Japan three weeks ago, the FIA World Endurance Championship is back to it’s close competitive ways as ever. Behind the fastest time of Porsche driver Brendon Hartley, a 1:44.594, only a few thousandths of a second covered back to fourth place on Friday afternoon. The Audi trio, Loic Duval, Lucas di Grassi and Oliver Jarvis, looked strong in second place. Third place went to the current championship leaders Marc Lieb, Neel Jani and Romain Dumas in the #2 Porsche 919 Hybrid. The ByKolles team went fastest in the privateer LMP1 class ahead of the stiff competition from Rebellion Racing.

The Russian G-Drive team was able to take the first position in class in the morning of the second practice, with a time of 1:54.627. The LMP2 newcomers from Manor Racing also went well. The British team managed to finish Friday second and third in class with their #44 and #45 ORECA 05 race cars respectively. Whether Manor can continue this performance in tomorrow’s FP3 as well as in  qualifying remains to be seen.

James Calado and Gianmaria Bruni finished the first day in China in first place in the GTE-Pro class. Their Ferrari team-mates Davide Rigon and Sam Bird followed up in second place, with the gap at 0.260. German racer Stefan Mücke, together with his French team mate Olivier Pla, set the third fastest time in the #66 Ford GT. The best Aston Martin finished the day in Fourth place at the hands of Kiwi, Richie Stanaway.

In the GTE-Am class Khaled Al Qubaisi, David Heinemeier Hansson and Patrick Long were able to top the session in their Porsche 911 RSR. The trio was followed closely by fellow Porsche drivers Wolf Henzler, Christian Ried and Joël Camathias in the 911 from the KCMG team. The third Porsche in the class from the Gulf Racing team just missed the top three spots. 0.004 of a second was the gap between them in fourth, and the highest of the Aston Martins in third.

The LMP2 cars stole the show in Portimão free practice as Glcikenhaus make competitive debut in the FIA WEC.