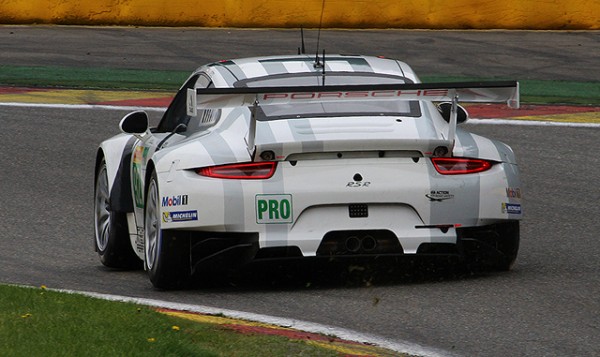 The Porsche 911 is arguably one of the most successful cars in motorsport. Over the decades, the German marque has carefully developed its premium sportscar to become the fly-carrier of its racing heritage. Already fully established in prototype racing, hybrid technology is gradually creeping into the world of GT motorsport, too.  Porsche is now looking at what form the GT car of the future may take.

Porsche has long been considered a pioneer in new technologies on the racetrack. The Stuttgart-based manufacturer took GT hybrid sportscars to the 24 Hours of the Nürburgring and other endurance races back in 2010 and 2011. The 918 Spyder was evidence that Porsche understand the significance of hybrid technology, and the technology curve continued with the 919 Hybrid, launched in 2014. This season’s one-two at Le Mans underlined the quality of Porsche’s solutions, too. But why hasn’t hybrid technology made a similar breakthrough in GT racing? A lot has to do with the regulations, but when can we expect the latest road car tech to make the transition to the racetrack?

“We see ourselves as pioneers,” said head of Porsche Motorsport Dr. Frank-Steffen Walliser when questioned on how Porsche see hybridisation. “With the 911 GT3 R Hybrid, we ran a hybrid GT car as far back as 2010. It was a resounding success and paved the way for the 918 Spyder and the Le Mans-winning 919 Hybrid.” Walliser also anticipates hybrid technology becoming part of GT motorosport: “But if the regulations were changed today, we wouldn’t have any competitors. Our rivals simply aren’t as far as we are.” Pushing for GT hybrid technology isn’t top of the list of priorities, Walliser continued, especially as the 919 Hybrid is already demonstrating the marque’s hybrid credentials so impressively at the moment. “I could see things changing in maybe five or six years.”