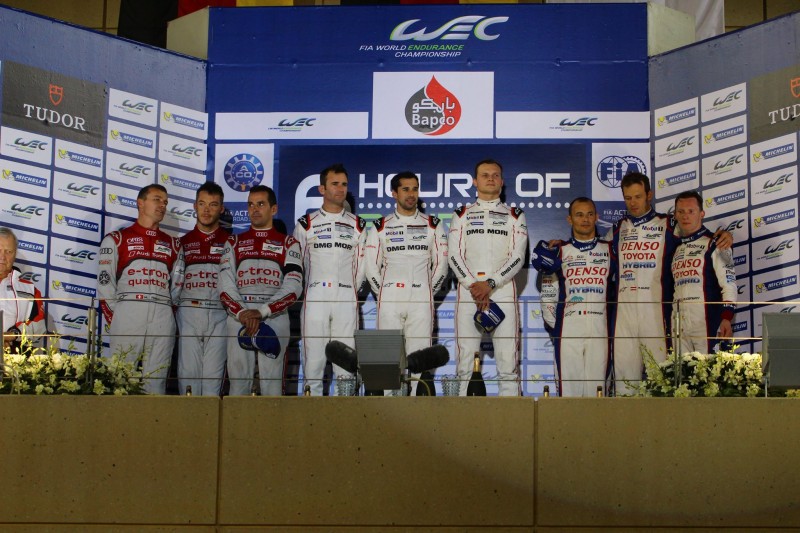 The 6 Hours of Bahrain was the WEC title showdown everyone had hoped for. At the head of the field, early problems for the #17 crew put their title fight in jeopardy, while KCMG and G-Drive fought tooth and nail for honours in LMP2. In LMP1-L, victory for the #13 machine gave the less-experienced Rebellion Racing crew second place in the championship.

The manufacturers title was a done deal before the WEC paddock arrived in the Gulf state of Bahrain. Porsche secured a comprehensive victory, winning every single race of the championship from Le Mans onwards. The points haul of 308 was also a record since the return of the FIA World Endurance Championship in 2012.

The world drivers’ title was the scene of the greatest drama at Bahrain. Early mechanical issues put the championship-leading #17 machine in the garage for over 8 minutes, with Timo Bernhard, Mark Webber and Brendon Hartley playing a frantic game of catch-up to secure the fifth place that would have guaranteed them the drivers’ title. In the end, the sister #18 car helped the Porsche trio out by taking the race win ahead of Audi and – in doing so – handing the world drivers’ title to Bernhard, Webber and Hartley.

Despite only having three competitors, the LMP1 privateer class also provided some real action over the season. A late charge by the much-improved ByKolles squad almost saw them snatch second place in the championship, but a victory at the final round for the #13 Rebellion Racing crew made it a one-two for the Swiss-entered team.

It was a similar story in the LMP1 privateer drivers’ title, what with most of the drivers being full-season entries. For Mathias Beche and Nicolas Prost, it’s a second drivers’ title in as many years. 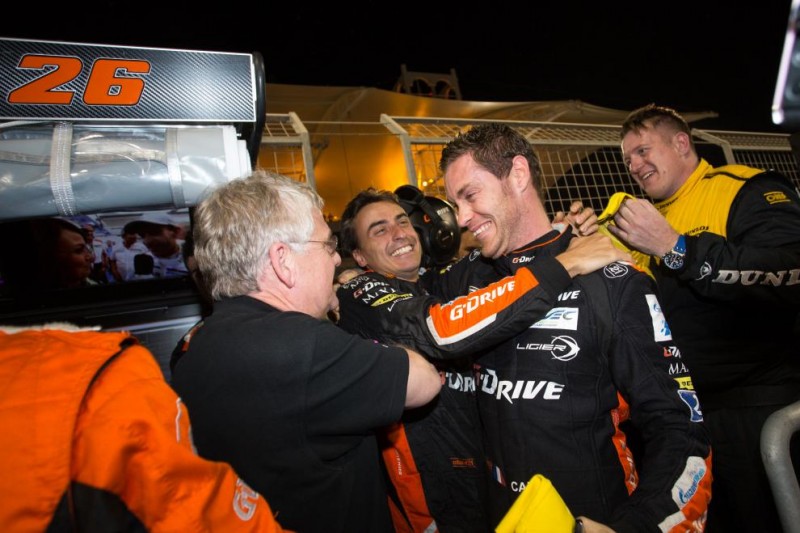 Sam Bird, Julien Canal and Roman Rusinov in the #26 G-Drive Ligier took a well-deserved victory in the LMP2 drivers’ championship by 23 points from the #47 KCMG pair of Richard Bradley and Matt Howson. Lifting the title was an act of catharsis for the #26 G-Drive crew, after a brake failure at last season’s final round in Brazil arguably cost Rusinov and Canal the 2014 LMP2 drivers’ title. The collision between the KCMG and #28 G-Drive cars in the final minutes of the 6 Hours of Fuji proved to be a decisive moment in the title battle, with KCMG unable to claw back the points they lost for not finishing in Japan.

The teams’ championship was a similar story to the drivers’ championship. For the second season in succession, the LMP2 teams’ title goes to Russia.