Porsche fastest in day 1 of testing

Earlier this week the European Le Mans Series headed to Paul Ricard for their 2016 prologue. Today the teams of the FIA World Endurance Championship got their chance to start their season at the same venue. 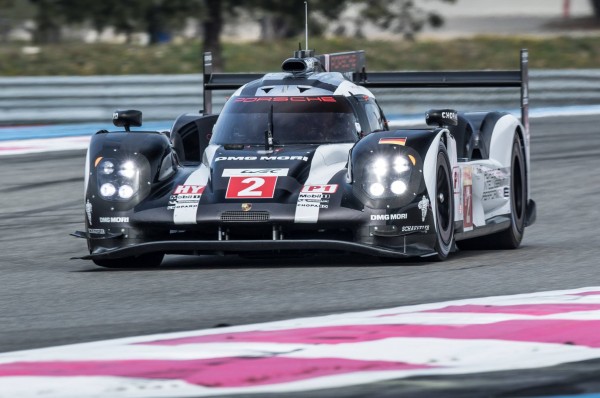 A total of 29 of the 31 full season cars are at the French circuit over the 25th and 26th of March to test their new cars ahead of the World Championship that begins next month.

The event is spread over two consecutive days and includes five sessions. Today, Good Friday, three test sessions took place. Tomorrow there will be two more sessions as well as a driver autograph session where fans will get the opportunity to meet the drivers.

Here are test results at a glance:

In the morning session, the reigning LMP1 champions Porsche showed that they have not rested on their laurels over the winter. With a lap of 1:38.264, the Stuttgart based team secured the fastest time of the first session. 2.253 seconds behind the time of the new 919 Hybrid, the new Le Mans Prototype by Toyota Gazoo Racing was second fastest. The #7 Audi of Andre Lotterer, Marcel Fassler and Benoit Treluyer finished third fastest. In the private LMP1 class Oliver James Webb was fastest in the ByKolles ahead of Rebellion Racing, who were 1.277 seconds off of the ByKolles team.

LMP2 newcomers Baxi DC Racing, supported this year by  Signatech Alpine got off to a perfect start to the test with a 1-2. A time of 1:47.340 was enough to put the team on top of the class. The British team Strakka Racing placed third fastest with a lap of 1:47.921.

In the GTE-PRO class Ferrari started their season strongly with the #51 488 ahead of the #71 car. Third fastest was WEC debut runner, Ford. In GTE-AM, the Corvette team Larbre Competition was fastest ahead of the Gulf Racing Porsche #86 and the AF Corse Ferrari #83 in second and third respective. 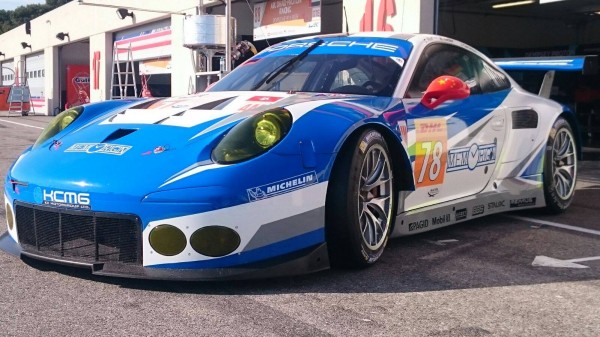 KCMG were front runners in 2015’s LMP2 class. This year they will race in GTE-AM

In the second session of the day, there werent many changes in the top positions of the individual classes. Porsche dominated the afternoon session in LMP1 class. However, Porsche’s sister team, Audi did manage to close the gap. In the LMP1 privateer class Oli Webb once again set the pace in the ByKolles car.

The LMP2 team Strakka Racing improved on their third place from the morning and sat at the top of the times with a time of 1:46.976. Second fastest was the new Mexican team, RGR Sport by Morand, ahead of the Signatech Alpine team in third with their #36 car.

In the GTE Pro class the AF Corse team with their #71 Ferrari driven by Sam Bird and Davide Rigon, continued to place the Italian team on top of the times. Behind the leading duo Bird and Rigon, came the two cars from the Ford Chip Ganassi Team UK in second and third position. 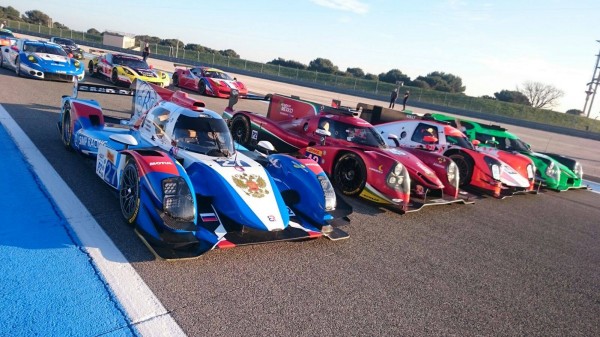 LMP2 is this year’s largest class

After a one hour break, the track at Le Castellet went green once more. The night session gave all the teams the chance to find out information to see how their cars will run in the evening. Porsche drivers Marc Lieb, Neel Jani and Roman Dumas went fastest ahead of rivals Toyota, who placed second and Audi in third. In the LMP2 class the Signatech Alpine reclaimed the top spot ahead of  RGR Sport by Morand. In third place went to Extreme Speed Motorsports with Pipo Derani and Ryan Dalziel at the wheal.

Ferrari made it three out of three in GTE-PRO going fastest once again. Ford once again placed second and third fastest. The French team Labre Competition fell to third in GTE-AM. Paul Dalla Lana and Aston Martin claming the fastest time in the class. Third place went to newcomers, Gulf Racing.

Tomorrow at nine o’clock in the morning, the second day of the test begins. The second session begins after the autograph session at 14:00 and will end at 17:00.

Full times can be found here