The #2 Porsche 919 Hybrid of Brendon Hartley, Timo Bernhard and Earl Bamber took victory at the 6 Hours of the Nürburgring on Sunday after a tough battle against the sister car and the Toyotas. 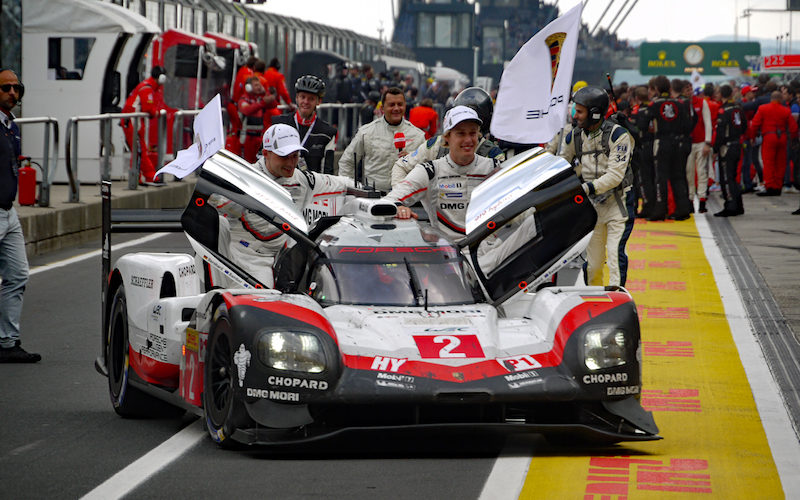 The Porsche team had shown solid pace in free practice, but were second-best to the Toyotas in qualifying and started from second and third on the grid. The #7 Toyota TS050 of Kamui Kobayashi, Mike Conway and José-Maria Lopez defended its lead in the first third of the race but suffered a loss of pace from the halfway point, with what proved to be bodywork damaged caused by the Nürburgring curbs.

The sister Toyota, driven by Anthony Davidson, Sébastien Buemi and Kazuki Nakajima also suffered from mechanical ailments, losing drive during the parade lap and spending much of the race in the pits. It was later able to return to the track and recovered fourth position on the road to secure valuable points for the Japanese manufacturer

The #1 Porsche led the race in the closing stages, but controversially handed the lead to the championship-leading #2 car for maximum points in the title battle and Porsche’s third victory in three years at the ‘Ring. André Lotterer, Nick Tandy and Neel Jani came in second, ahead of the #7 Toyota. 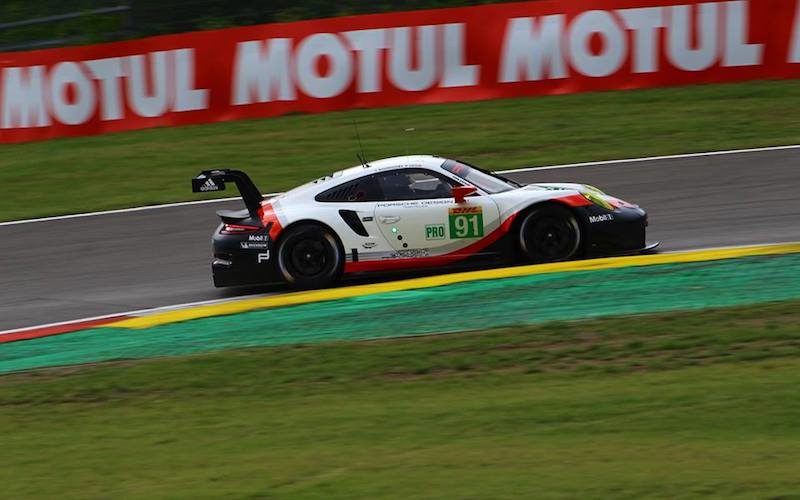 In GTE Pro, it was the Porsche GT Team that struggled. Starting first and third on the grid, the pair of Porsche 911 RSRs were swamped by the duo of Aston Martin Vantages. The Porsches regained the lead as the race progressed, and a race-long battle ensued between them, the #95 Aston Martin and the #51 AF Corse Ferrari, which came back into contention after a smart strategy by the Italian squad.

In the end, James Calado and Alessandro Per Guidi took the victory for AF Corse by 50 seconds ahead of the #91 Porsche of Richard Lietz and Fred Mackowiecki.

Jackie Chan DC Racing carried on in LMP2 where they left off at Le Mans – securing pole position and victory at the Nürburgring after a commanding performance in Germany. The #38 car of Oliver Jarvis, Ho Ping Tung and Thomas Laurent led the race by a minute at the halfway point, but came under increasing pressure from the chasing #31 Vaillainte Rebellion and the #36 Signatech Alpine Matmut machines. However, the #38 car regained its advantage and took a comfortable victory by one lap ahead of the #31 and #36 cars to extend its championship lead.

Victory in GTE Am went to the Dempsey-Proton team, with Matteo Cairoli, Christian Ried and Marvin Dienst recovering from a difficult start to emerge on top ahead of the Spirit of Race Ferrari. The #98 Aston Martin Vantage finished third.