Porsche and Ferrari on pole for season finale 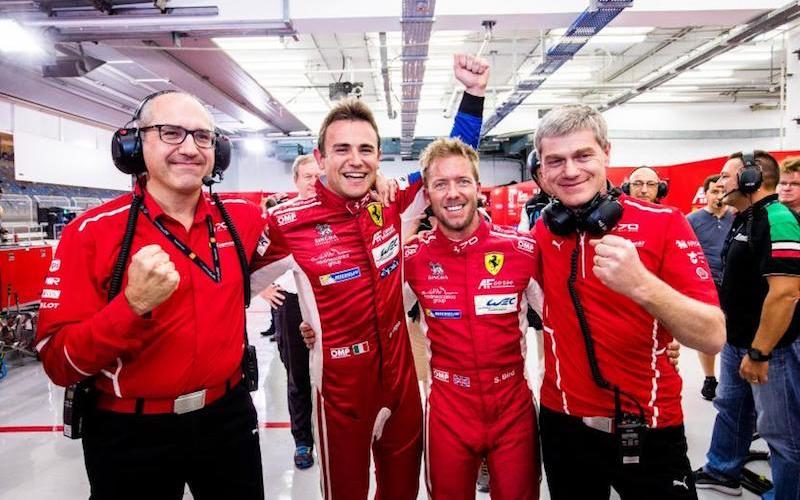 Friday’s qualifying session began with the GTE cars taking to the track against a backdrop of soft golden dusk light, with GTE Pro in particular providing a fascinating battle for supremacy. With tyre degradation at an absolute maximum around the sandy and high-temp Bahrain International Circuit, drivers needed to set a quick lap at the first attempt, or otherwise suffer from a major drop-off in performance. And that’s exactly what Ferrari driver Davide Rigon did, putting in a blistering 1:56.021 on his only flying lap and setting a benchmark that would not be reached for the remainder of the session. Rigon’s teammate in the #71, Sam Bird, duly recorded a 1:56.046 on his sole attempt, and the pole went to the #71 crew for the fourth time this season.

Second was the impressive Aston Martin Racing crew of Darren Turner and Johnny Adam in the Vantage V8’s swansong, followed by the championship-hunting #67 drivers of Andy Priaulx and Harry Tincknell. Porsche, the only other team otherwise fighting for GTE championship honours, appeared to struggle with set-up and only managed the finish sixth (#91) and seventh (#92) in the 20-minute qualifying session. 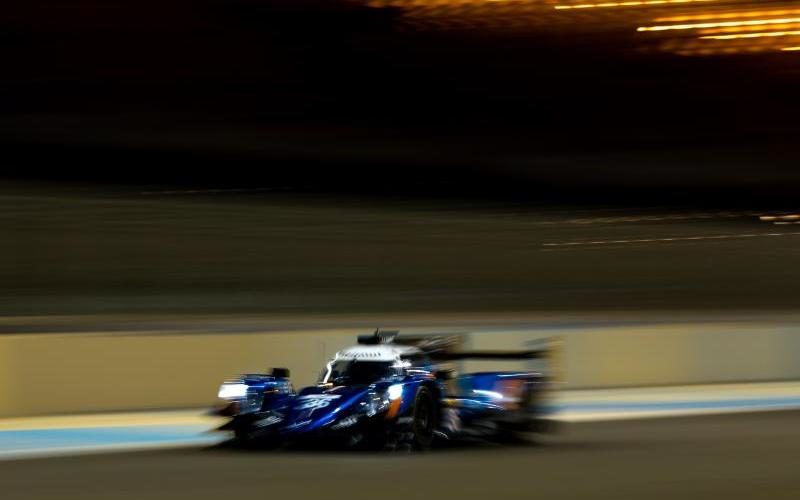 GTE Am pole went to the #98 Aston Martin Racing crew of Dalla Lana/Lamy/Lauda for the seventh time this season – extending their lead in the GTE Am drivers’ championship to eleven points. Starting second on the GTE Am grid will be the #61 Clearwater Racing Ferrari. Back in third was the #77 Dempsey-Proton Racing Porsche 911 RSR, who will need to win tomorrow and hope that the #98 crew finish fourth to be in with any chance of championship glory.

LMP1 pole went to the #1 Porsche 919 Hybrid  of Neel Jani, André Lotterer and Nick Tandy in that car’s final ever appearance, with the #7 Toyota Gazoo Racing TS050 taking second position on the grid but just two tenths further back. In LMP2, the #36 Signatech Alpine crew took its third pole of the season, pipping the two championship contenders – #38 Jackie Chan DC Racing (Laurent/Jarvis/Tung) and #31 Vaillante Rebellion (Senna/Prost/Beche).