Peugeot hint at return to the race track 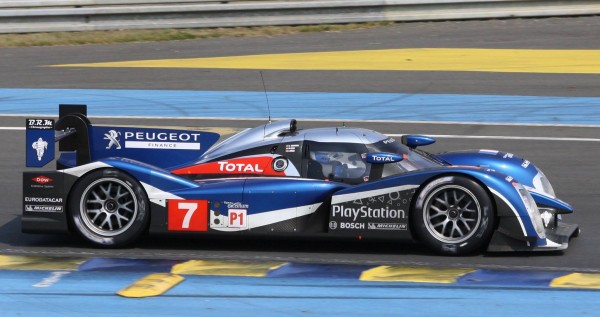 Peugeot’s withdrawal from global LMP1 racing on the eve of inaugural FIA World Endurance Championship season in early 2012 could have been a cataclysmic blow to the series before it had really even begun. In reality, the championship has gone from strength to strength over the past four years and is rubbing shoulders with Formula 1 at the pinnacle of the motorsport ladder. But could Peugeot be lining up a return to the track?

Spring 2012 was an exciting time to be a sportscar fan. The ACO and FIA had announced the return of a global sportscar racing series after an almost 20-year hiatus. Audi and Peugeot, not content with titanic battles in the US at Sebring and Petit Le Mans, had just come off one of the closest finishes in Le Mans history. Toyota were dipping their toes in the water, too, with the Japanese marque returning to Le Mans and the WEC after a 14-year absence. Back then it felt like baby steps, but progress was being made.

Then, one miserable January evening, Peugeot suddenly announced they would be pulling the plug on all of its global motorsport programmes. The French manufacturer had been the main proponent of the WEC’s return, a key player in the new-for-2012 hybrid LMP1 regulations. They even had a brand-new hybrid car, the 908 HY, that was in the middle of testing at Sebring. Speaking on Radio Le Mans that evening, factory driver Nicolas Minassian spoke of “huge disappointment” at the news. It was clear that the decision had been made with Peugeot’s balance sheet in mind, first and foremost – the French automotive market leader had posted losses of almost €5 billion in 2011 and had to undergo rigid restructuring.

Now, the automotive giant has announced a spectacular turnaround in fortunes, just 4 years down the line. According to 2015 figures, Peugeot has hit all of its targets and completed its restructuring plan ahead of schedule. Will this mean a return to the race track? Perhaps not immediately, but there is certainly a desire in Sochaux to race at Le Mans again – which is, after all, practically Peugeot’s back garden. “Back in the race” was the heading on Peugeot’s financial presentation this week; a hint of what’s to come perhaps?

Carlos Tavares, CEO of Peugeot S.A., laid out the firm’s requirements for returning to prototype racing back in November. The first of these was that Peugeot is on an even keel financially. In addition, Tavares mentioned a cost-aware ruleset and time to develop technology capable of matching the years of development at Audi, Porsche and Toyota. With the first of these conditions now evidently fulfilled, it may not be too long before we see the Peugeot lion roaring around the likes of the Circuit de la Sarthe and Spa-Francorchamps once again. After all, what better way to show people that your company is successful again than to go racing? Watch this space!